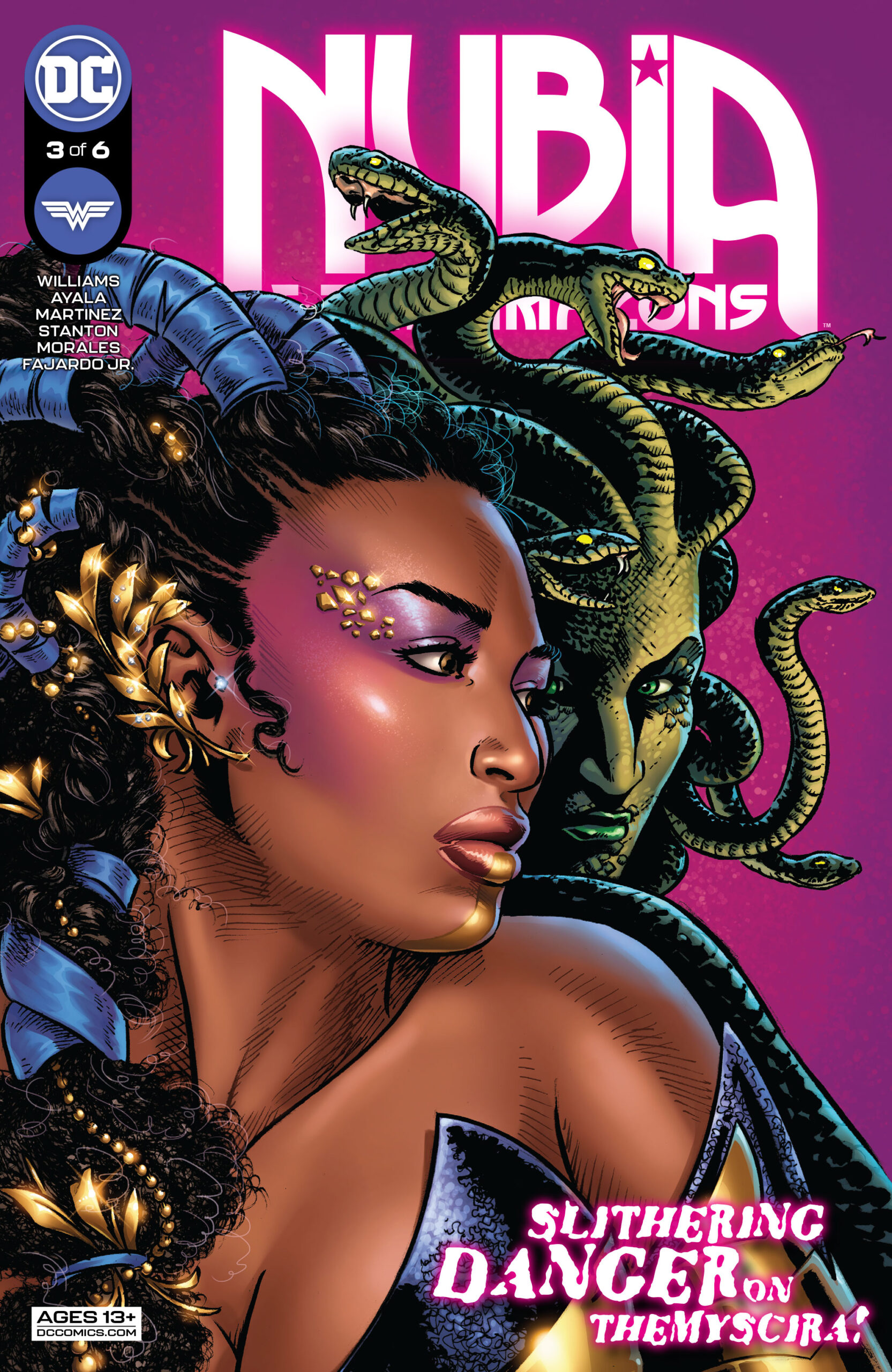 Nubia & the Amazons is quickly becoming one of my favorite books on the shelves. The expansion on this area of the universe that Williams, Ayala, and Co. are fleshing out is not going unnoticed.

I haven’t always been the biggest fan of stories in Themyscira. The dense language and magic/mythology-centered storylines usually just aren’t my cup of tea. But I’m finding out like I’m also finding out with the Black Manta book, that anything is better when it’s layered with representation. I’m much more engaged when there are different types of people in a story, as well as different types of people telling those stories. Nubia & The Amazons is teaching a master class in that right now.

Besides Nubia, the story is centered on new Amazons that getting a second chance at life after a tragic ending in Man’s world. They get a clean slate with the chance to live in bliss and happiness. It is a wonderfully weaved queer narrative about finding yourself, and the fact that it’s told within the context and rules of a fictional, mythological comic book island make it even stronger. When we can carve out spaces for ourselves in these larger-than-life places, it goes so far in making people feel like they’re seen and that they belong in places that aren’t always fictional. It’s so wonderfully done.

Nubia & the Amazons #3, in particular, follows Medusa as she possesses Amazons after slipping through Doom’s Doorway, the portal that connects Hades and Themyscira. Nubia feels some type of way because before she was Queen of the Amazons, her job, for as long as she can remember, was to guard Doom’s Doorway. She feels a sense of responsibility for what’s going on now. Heavy is the head who wears the crown, especially when it’s burdened with luggage from the past.

The story is positioning itself to reveal more of the backstories of the new Amazons, which is more and more likely going to feed into the conflict for Nubia. These new Amazons have been living in bliss since they arrived here, but what happens when they start to remember their lives before, and the pain and suffering are fueled by Medusa? Nubia is about to have a lot on her hands.

Enjoying Nubia & the Amazons? Check out BNP’s other reviews here.