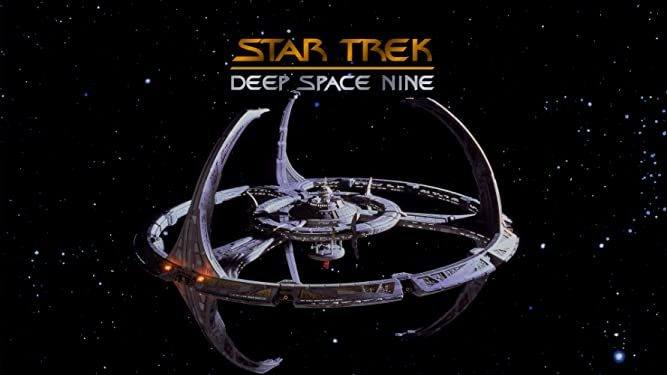 In 2020, I dedicated my extra time at home to tackling a feat that normally wouldn’t be possible: watching the entirety of the Star Trek franchise. I laughed. I cried. I cringed. And I loved it all. One thing that stuck with me throughout the entirety of the journey is that Deep Space Nine is perfect. The character arcs. The narrative progression. The insight. In my opinion, this is the show we should have gotten instead of Picard. I need more of it now.

So here are nine reasons why we need more Deep Space Nine.

This is honestly the biggest reason, and every other point I make from here on out is really just branching off from this point.

We live in a time where reboots and continuations are the norm in television and movies. Sometimes they work. Sometimes they don’t. Doesn’t matter if something ended on a sour note or if it had a satisfying ending. If there’s money to be made, it can be revived.

Deep Space Nine falls somewhere in the middle. While its finale was satisfying, it also left threads open with a promise for more. But to this day, we haven’t gotten a canonical entry into anything that the show left open. That hurts me.

In a continuation of Deep Space Nine, we could find out what life was like after Sisko ascended into a Prophet. Either from his perspective or the perspective of his family and friends. At one point in time, the show was going to have movies just like The Next Generation, but they were shelved. Dust them off and adapt the story within the context of the new Trek we’re getting today. I’m begging you, and the prophets.

Before he left, Sisko literally promised his family that he’ll be back. Let him come back!!

I want to know how Jake coped with the loss of his father. Especially with the context of the episode “The Visitor” (my favorite episode of Star Trek), which eerily foreshadows Jake’s loss of his dad and how he deals with losing both of his parents at such a young age. In that episode, we see that Jake dedicates his life to saving his father’s. He sets aside his dreams and his family so he can bring Sisko back. Due to some timey wimey stuff, the events of that episode technically never happened to Jake, so does that mean he’s destined to repeat that cycle now that he’s lost his pops for real? I need this answered.

In the DS9 finale, it’s revealed that Kasidy Yates is pregnant with Sisko’s child. It ultimately becomes a device that strengthens the conflict and makes it even more difficult for Sisko to make the decision he has to make at the end of the episode that results in his ascension. But either way, I’d like to know who that kid becomes, along with Kasidy. Does the child follow in their father’s footsteps and join Starfleet? Or do they blaze their own path as Jake did? I’d also like to see how Kasidy navigates being a single mother, and how Jake fills the void to help out.

4. What Happens to the Founders…and Odo

Toward the end of the series, it’s found out that Odo is infected with a virus and that he unknowingly poisons his entire race of people. If there’s no cure, they will all die, and the Dominion war will end as a result. He eventually gets a cure and heals the rest of his people, joining them in the great link. The war ends and everyone is happy. Except for maybe Kira.

But since the end of the Dominion War and the defeat of the Founders, there hasn’t been any mention of the shape-shifting aliens in the franchise. I’d like to know what they’ve been up to in the time since their brush with extinction. Are they still dominating the Gamma Quadrant or have they had a change of heart? They’re too fascinating of a species to not explore more.

The Gamma Quadrant may have been a big part of DS9, but it’s still pretty unexplored from a franchise point of view. And with the wormhole still intact after the events of the finale, it’s still accessible. Who else resides there other than the former Dominion and how are they doing? Is there a power vacuum? It seems as though in the treaty resulting in the end of the war that the Federation is not allowed in the Gamma Quadrant. But things change. For better or for worse. I’d like to see what’s going on over there.

What happened to Bajor after the Dominion War ended? Is it a part of the Federation? Did it remain independent? The initial plot of the series was going to follow the events that led to Bajor joining the Federation, but things got in the way when the war broke out.

Bajor hasn’t really been mentioned since the end of Deep Space Nine. We’ve seen some Bajoran characters pop up here in there, But that’s it. Anything that happens to Sisko in the future is directly tied to Bajor. He’s literally a God. So, if he were to come back into the fold, I’d imagine so would they.

It would be interesting to see Sisko navigate being corporeal again and having to balance the responsibility of being a father and family man as well as a God to a whole planet.

This goes hand in hand with the status of Bajor, but I’d like to know what happened to the station itself. Is it still a joint Bajoran/Federation operation, or is it solely run by Bajor? Is it still called Deep Space Nine? Is Kira still running it?

It’s still a place of major importance to the Federation because of its proximity to the wormhole, and even though there isn’t supposed to be anyone coming through that wormhole or going into it, they would probably still like to be around in case something pops off. I want to know what a typical day is like on the station now.

I bet Quark is still in there swindling folks.

Nog has one of the most wholesome stories in all of Deep Space Nine. Hell, all of Star Trek. He was the Ferengi that defied what the universe told him he could be and became the first of his kind to join Starfleet. I’d like to know what he did in Starfleet after the finale.

The actor that played Nog, Aron Eisenberg, sadly passed away a year and a half ago so I wouldn’t like them to recast the character. Out of respect, I think the character should also be out of commission in any reboot they do. But I’d like to know everything he did up until that point. He was too strong of a character not to revisit.

He was so close to Jake that I imagine that anything they do with Nog would be intertwined with Jake’s story.

There was a nice nod to Nog in this past season of Discovery. One of the Federation ships was called the USS Nog.

9. The Rest of The Main Cast

How is Dr. Bashir doing? Is he still doing spy stuff for Section 31? What about O’Brien? At the end of DS9, he was going to teach at Starfleet Academy. Is he still there? Worf is supposed to be the Klingon/Federation liaison now. I wanna see the guy. And Kira. She’s gotta still be heavily involved with Bajoran relations. Give me an update.

This is obviously just the tip of the iceberg of what I want from a Deep Space Nine revival. You may have noticed how I didn’t mention any Cardassians. That’s because I realized maybe I have more than nine reasons this show needs to come back.

I ask a lot of questions in this article. But that’s because they are questions that need answering. The fact that there are so many only reinforces why we need to revisit this story.

At the end of the day, I hope I’ve proven why there’s still so much more to glean from this area of the Alpha Quadrant. Or at the very least inspired you to come up with reasons you’d like to see these characters again.