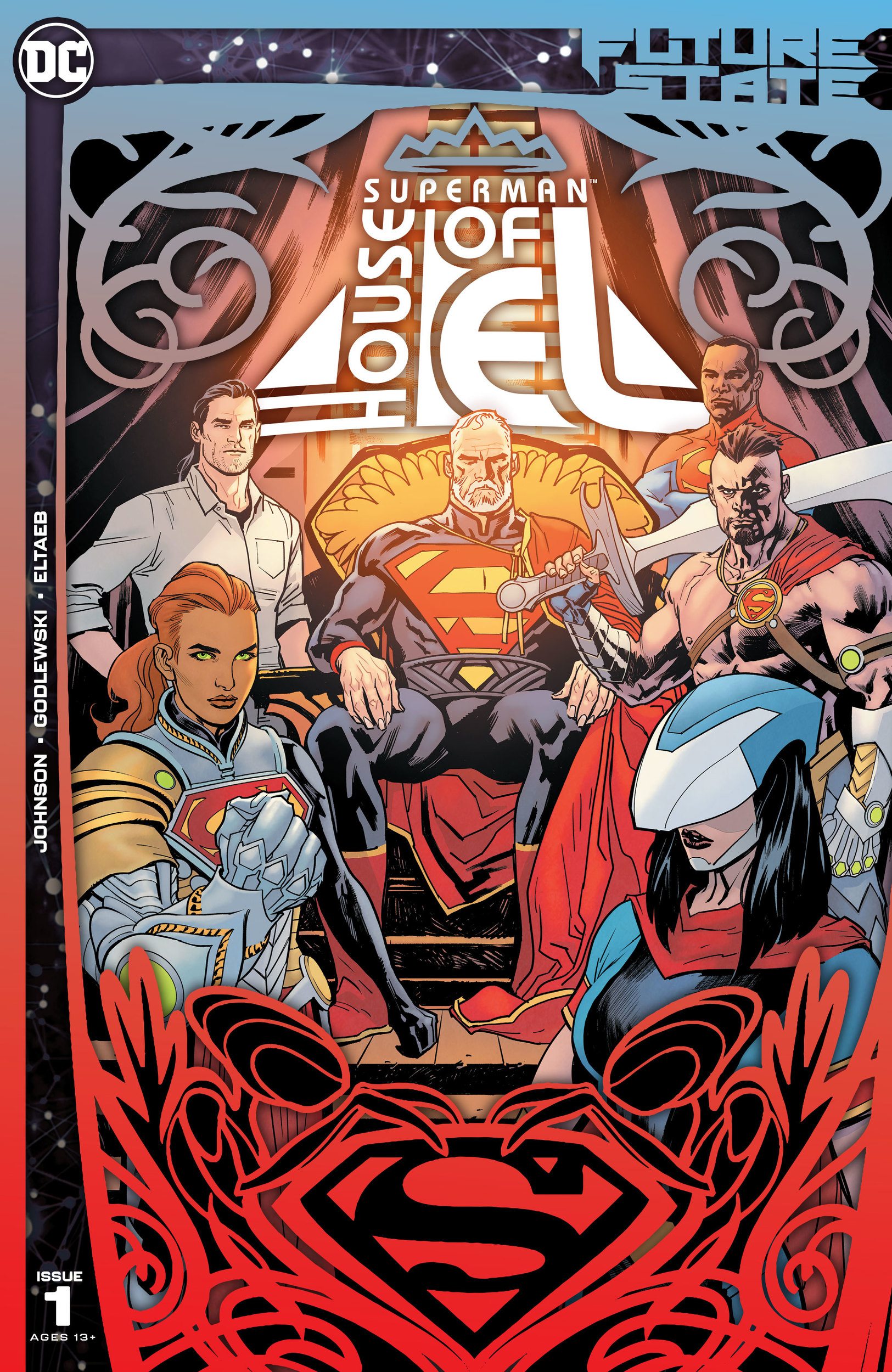 Future State: Superman: House of El follows a family of Kryptonians centuries in the future who have banned together to save Earth from destruction.

The concept of this book is pretty dope. The House of El are descendants of Clark Kent on Earth. Like way into the future. So while they are still enhanced by the yellow sun, their powers are diluted from generation after generation of mating with humans.

But they still got those hands.

The conflict of this story is rooted in a villain named the Red King who has enlisted a gang of parademons and Doomsdays to obliterate Earth.

The best parts of the story were, as always, the character moments. All driven by the Superman mythos, this group tries to live up to a legend that’s bigger than any one Super person.

From a purely aesthetic standpoint, I really enjoyed the different types of Super People we got in this book. There’s a 90’s looking ponytail, flannel wearing Superman, a half-Tamaranean gladiator Super Woman, a Super Zaddy, and my favorite, the Black twins Ronan and Rowan.

Ronan is the main Superman of this future Earth, and his twin sister Rowan is a Blue Lantern with an S on her chest.

Even though this was a 44-page issue, it goes by like a breeze. Johnson does a good job trying to flesh out these characters given the limited space. But I need some more of them. Particularly those twins.

On top of that, an aspect I really liked was how these characters were so far removed from our Superman’s legacy that they aren’t even so sure that he was real. They wear the S on their chest but all they have to pull for motivation are stories which to them could just be fables. They have no real connection to their past, yet they still choose to fight for their people. That’s kinda profound, and I’m tearing up a bit.

Future State: Superman: House of El #1 introduces some new characters in the Kryptonian family that will make you want to pick up all Superman-related books to see where they might pop up next.