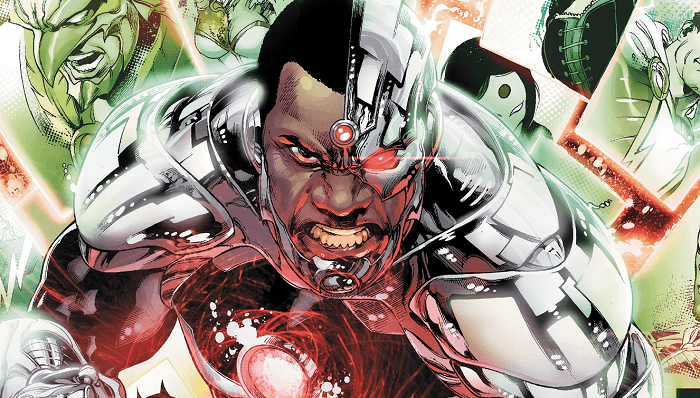 Considering the last superhero movie to headline a black person was… (Oh, gawd, I think it was Hancock, y’all) a while ago, you’d think my reaction to the Cyborg movie would be:

2020 is definitely a long, long time away (this is what I’m telling myself to avoid shock), so there’s no telling how much a movie like this could develop in that time. That being said, I just can’t see it. Sure, Vic Stone’s tragic backstory can run with the best of them: genius scientist parents, horrible accident, amazing transformation, and the journey it takes to overcome his now doubled fear of being the “other,” of being considered “inhuman.” But as someone whose never been a fan of non-Titans Cyborg (as I’m sure you’ve noticed), it’s hard to imagine this film being one that could fit into the gritty Nolanverse that’s become DC movie canon and not lose any levity that this character has.

And I know, the animated Teen Titans Cyborg isn’t the “original,” but its certainly the more recognizable and if DC’s continued fumbling attempts at reshuffling their universe are any indication, that’s what matters (see: walking Barbara Gordon). If we’re going to make an entire film dedicated to Cyborg, then I hope that there is room for some heartwarming moments that have been demonstrated in all of his Titans incarnations.

As for Ray Fisher’s casting, I’m left feeling ambivalent; I’m always a fan of using lesser known actors to portray fictional characters for more believability, and from what I’ve seen of his performance as Muhammad Ali in the play Fetch Clay, Make Man he’s decent, but it’s really not enough to see the full scope of his talent. What I’m really hoping, however, is that this opens the gates for more superhero movies starring people of color, specifically black people, like a Static Shock movie… or, you know…