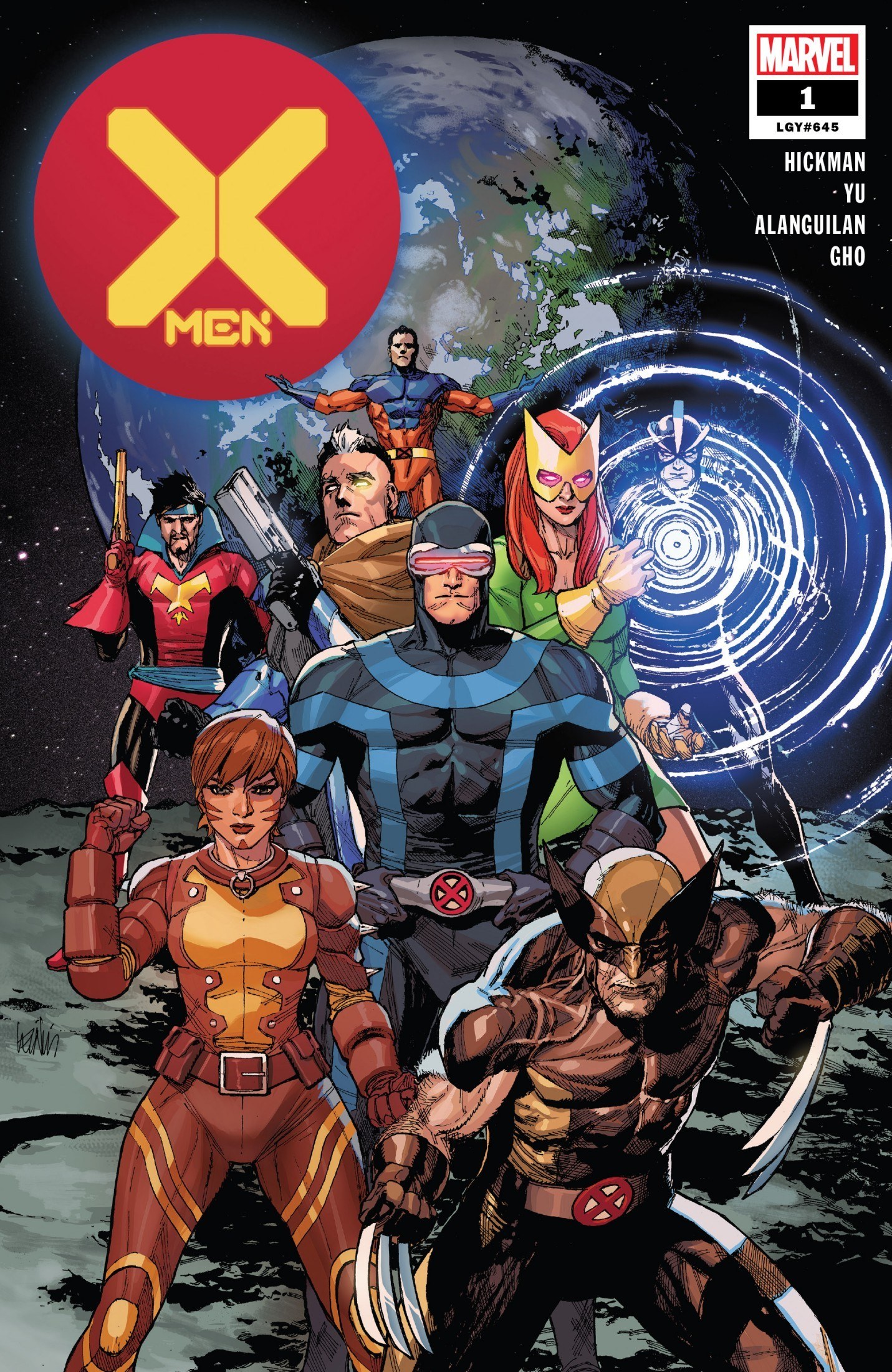 ” . . .they’ve spent far too long passing off the past as the future.”

The Dawn of X is upon us, and what better way to set to start off the new run than with a Summers (extended) family cookout. Fresh on the heels of the conclusion of House of X / Powers of X , the mutants of Krakoa have plenty to celebrate. They now find themselves united with a sovereign state, language, homeland, and even the ability to escape death. Officially the flagship title with Legacy numbering of #645,  X-Men #1 sets the stage for the next act under the charge of writer Jonathan Hickman with a look into the team’s revived proactive tactics, the looming threat of Orchis, and some family vibes on the moon-based Summers House. 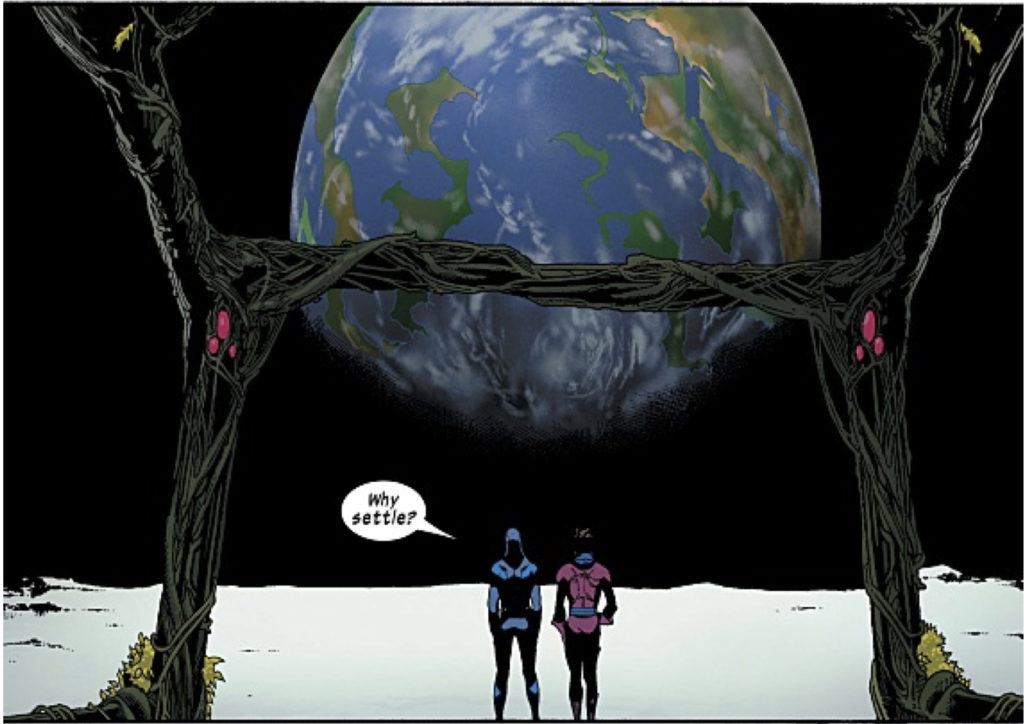 The effects of living united on the island of Krakoa and its portal-connected habitats have made the X-Men optimistic, bold, and all of them are handling their newfound stats in their own way.  In the opening sequence, Storm, Cyclops, Polaris, and Magneto infiltrate the last Earth-based Orchis stronghold to rescue kidnapped mutants. More on the offensive than they have been in years, the X-Men are bold and precise in their attack.

While taking out Orchis soldiers and robots, even Storm drops more militant bars than usual – “…man should know when he is beaten – he should know how to break and run.” The mission succeeds, but the X-men discover that Orchis has also been running tests on humanity by creating posthumans – a dangerous step in the direction of mutantkind’s doomed futures. They manage to speak to one of the posthumans, but she teleports away before they can learn anything. 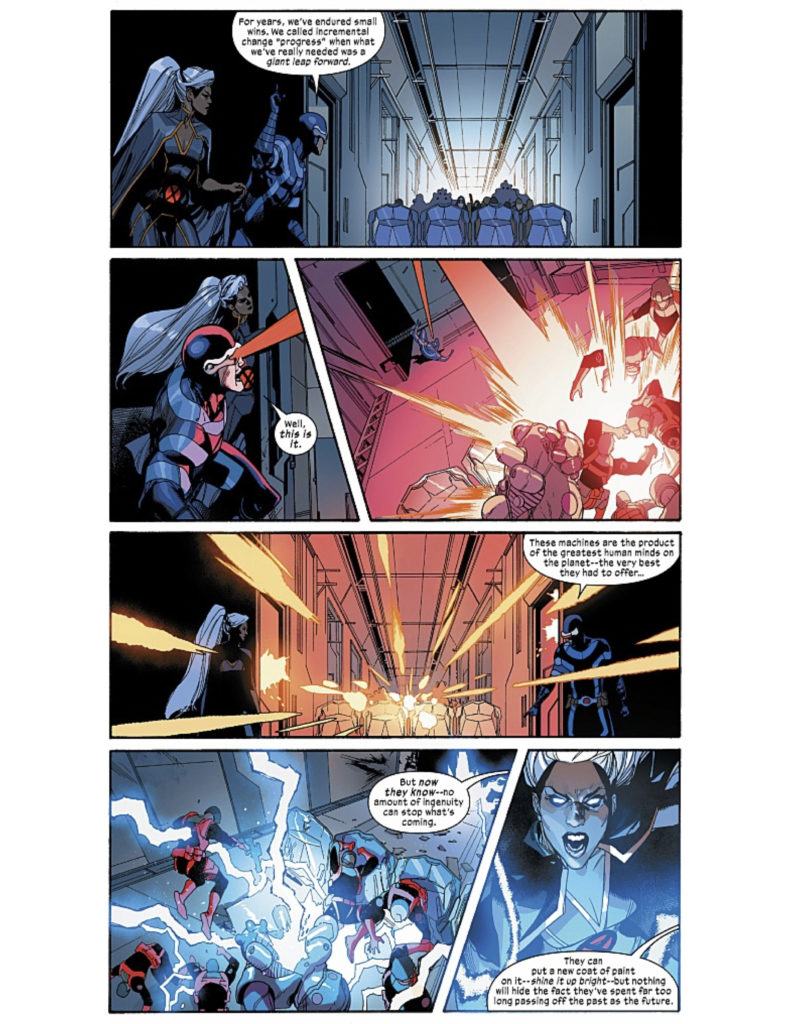 The rest of the issue splits its attention on the growing conflict for the foreseeable future of the run. On one side stands Orchis – a military-tech conglomerate made up of the best and most dangerous minds of H.Y.D.R.A., S.H.I.E.L.D. , A.I.M., Alpha Flight, and A.R.M.O.R.. Led by Director Devo, the widowed Gregor, and assisted by the Omega-Sentinel Karima, Orchis exists to preserve humanity by any means necessary.  The X-Men successfully destroyed the Orchis Mother Mould in a massively sacrificial assault in House of X#3,  but awoke a new enemy in Doctor Gregor whose husband was killed in the attack.

Meanwhile, X-Men the find themselves in the unique positions o a strikeforce and military for a nation, and not just mediators between human and mutant relations, or reactionaries.   When Magneto returns from the rescue mission, the mutant children of Krakoa greet him like a messiah. Even Cyclops revels in the newfound unity and victories when he tells Polaris, “…I believed in a thing…and now it’s real.” The remainder of the issue features a light-hearted, but poignant look into the always-shifting,  always complex extended family relations of the Summers clan.

Joined by Summers pops Corsair and his pirate-crew, the Starjammers, and the notorious Omega-level third brother, Vulcan, the residents of Summers House host a cookout.  Alternate reality siblings Cable and Prestige, along with Havok, Wolverine, and Jean Grey all have permanent rooms at Casa de Cyclops. Of course, the purposes of tactical meetings Wolverine and Cyclops have adjoining chambers to Jean’s room.

While this issue hits nowhere as hard as any issue of House of X/Powers of X, it features some strong character moments that emphasize the commitment to family and unity that underlies any nation’s fight for independence.  Throughout the issue’s narrative, these themes echo throughout with scenes between Magneto and Polaris, the Summers crew, and even Doctor Gregor and her husband who died during the X-Men’s sabotage of the Mother Mold construction. Even Prestige and Cable have some light scenes that remind us they are both still young while flirting with members of the Starjammers and their weapons.  On a character and thematic level, this new run feels both fresh and classic in ways that should rekindle the interest of X-Men fans.

The shift in artwork, however,  from Pepe Larraz & R.B. Silva to X-Men vet Leinil Francis Yu hinders the series more than it helps unfortunately.  Along with the beautiful coloring by Marte Garcia, the former duo really captured the power and optimism of the most recent X-Men stories.  The new color palette does not pop with the same vibrance unfortunately, and Yu’s work can be distracting because of the line-heavy nature of facial renderings.

If this first issue is any indication, then X-Men (technically, Volume 5) sets the stage for an enticing read that builds upon the books’ 50 year history, while also also referencing some of Hickman’s previous Marvel works.  Overall, a strong start and sign of continued stability from the X-Editorial offices at Marvel. 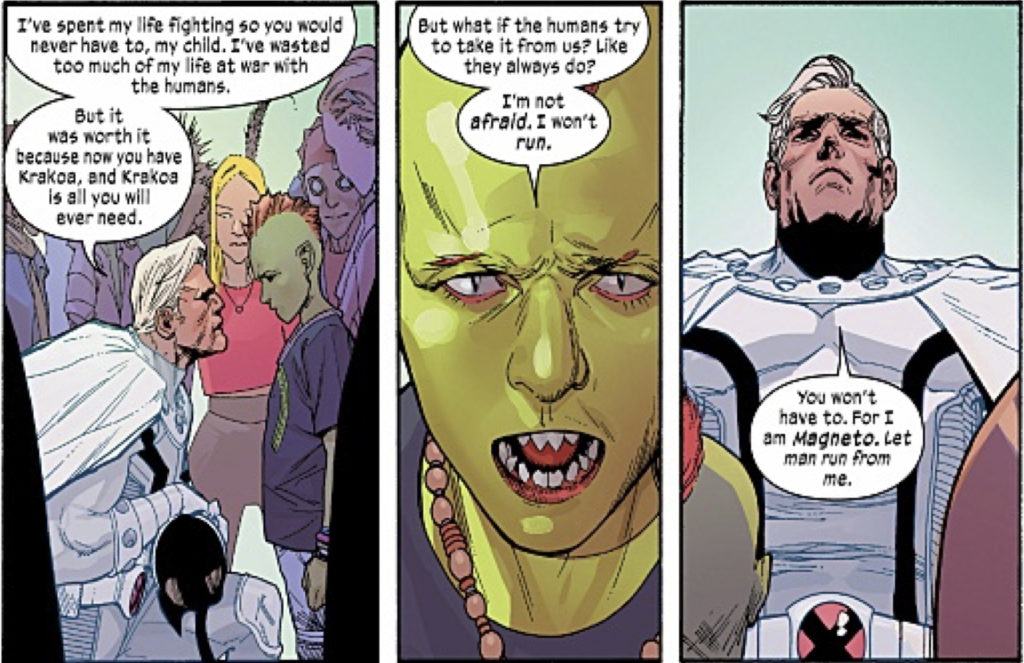 Rating: 8 out of 10 Moonview Homes