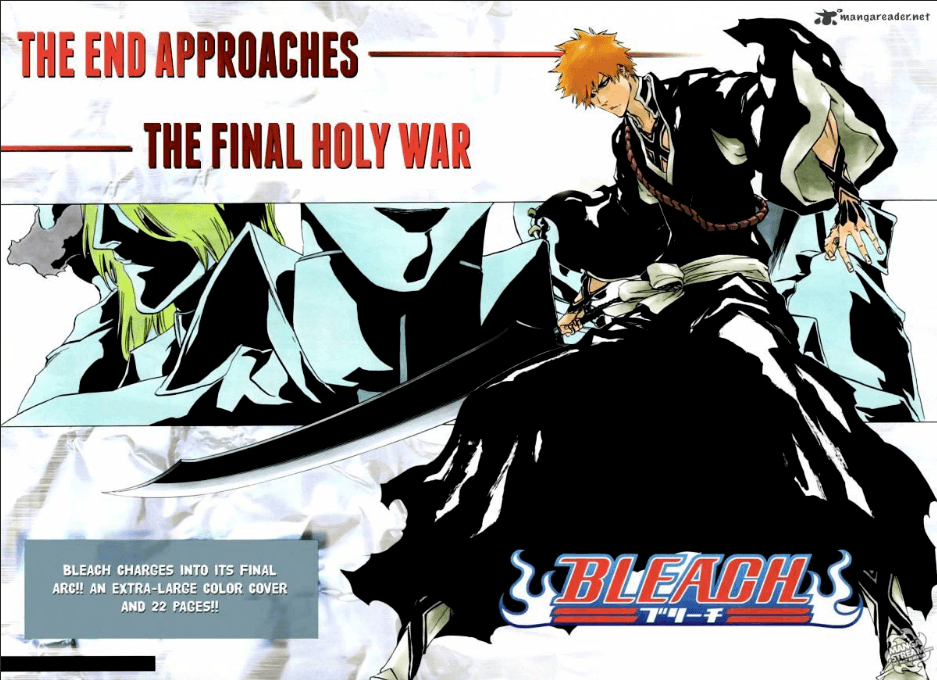 I’ll be honest: I’ve been trying to write this piece since Bleach issue 686 dropped two years ago. From August 31, 2016, until now I’ve had a Google Doc ready to go, containing only the following:

All this time, I didn’t know what to say. I used to read Bleach faithfully in my studio apartment in Hong Kong. In 2016 it had finally found a resolution to an arc that had been dragging on since February 2012. I was ready for them to stick the ending, for this final shounen circle-jerk to be over. And now that I have some distance, I feel I can finally let the words flow.

Fuck you, Bleach. First of all, second of all, last of all; always and forever we beefin’ on sight.

Oh, you thought time had tempered my rage? Nah. That shit been aging like a fine port, and Kubo-sensei can still catch these hands.

I’ll tell you, my fine reader, exactly why I’m sitting here bubbling like a pot of grits. Hold onto your butts.

When we started with Bleach, we had two main characters: Kurosaki Ichigo (our protagonist) and Kuchiki Rukia (our deuteragonist). Somehow, as the series progressed, Rukia eventually got bumped further and further into the background. Like way back. Like behind folks we hadn’t seen for 400 chapters. Now Bleach was a shounen series, thus aimed towards boys. Rukia, though, was an early fan fave — the polls showed it.

Why, then, was she damn near the last Shinigami to get her Bankai? Why did we barely get to even see what TF it looked like? Why, when she finally gets it, are we told she’s barely able to control it? Why? Por que? Wherefore art thou bullshitting me?

I Will Go Down With This Ship

Y’all remember how I said I was a homicidal Black girl whose ship got sunk? Yeah, not letting that shit go either. Look, I know I’m shipping trash. I accept that about myself just like I accept that 90% of my ships will barely hold water, let alone sail. This time was supposed to be different, though. It was clear that Ichigo and Rukia had something. They could’ve made it happen. Their hearts and souls were connected, literally. That was an plot point that was harped on in several arcs and a whole-ass movie.

So excuse me if I thought that was relevant to the endgame. Sorry I was so good at reading actual context clues loaded into the actual writing, but not reading between the lines looking for any glimpse of even the most fleeting eye contact between two characters on which to base my fanfiction drabble series. *deep breath*

Sorry, that one really hurt, y’all.

The most egregious of all transgressions committed against us — the dedicated fans of Bleach — had to be the ending itself. This “Final Arc” went on for four years. That’s not hyperbole. It literally started and was labeled “The Final Arc” in February of 2012, and did not reach completion until August 22, 2016. Just look at those numbers. Try imagine an ending being good, yet dragging on that long. Can’t picture it, right? Can’t blame you. It’s an impossibility.

For its final home stretch, Bleach gave us reunions, epic team-ups, shocking reveals, and a showdown with an unbeatable foe who could see into the future (and thus, plan for any attack). That sounds awesome? How could that become a flop? One panel destroyed everything. 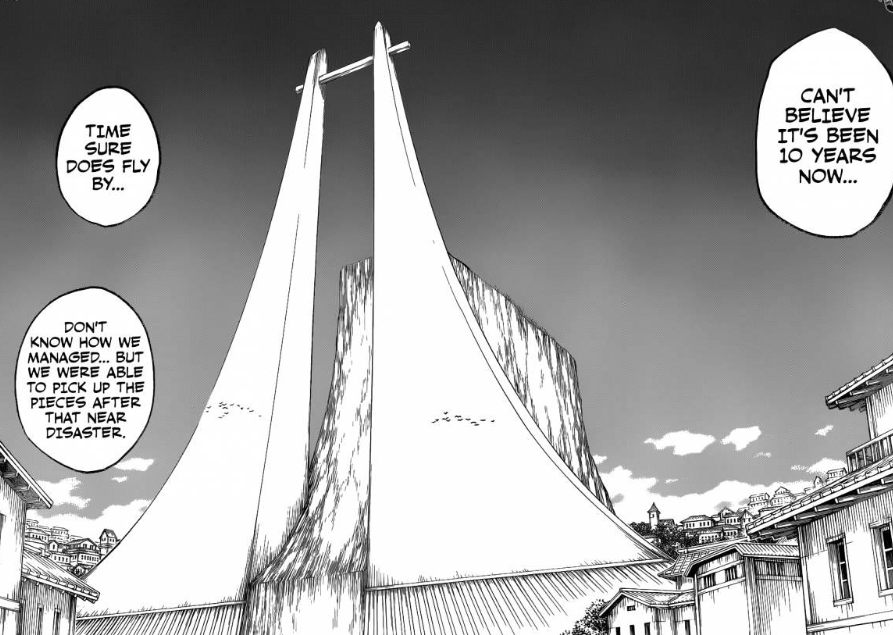 That was the next thing we saw after the image of our hero and our villain’s sword locking for an epic battle… A “Wow, can’t believe it’s been 15 years since we beat that guy.”

What kinda ‘Baby’s First Narrative”, “I don’t need no stinking editors”, “this story’s going straight to the free shelf at the second-hand store”, “we’re-out-of-toilet-paper-but-these-pages’ll-do-ass-ending” was this? We’re just skipping the battle you spent four years hyping up? Just gonna double-dutch jump-in, jump-out over it?

How, Sway? Where they do that at? Apparently in Bleach, and THAT is why I’m still mad after all these years and all these issues.

Real talk, I be done died mad about it. SMH.