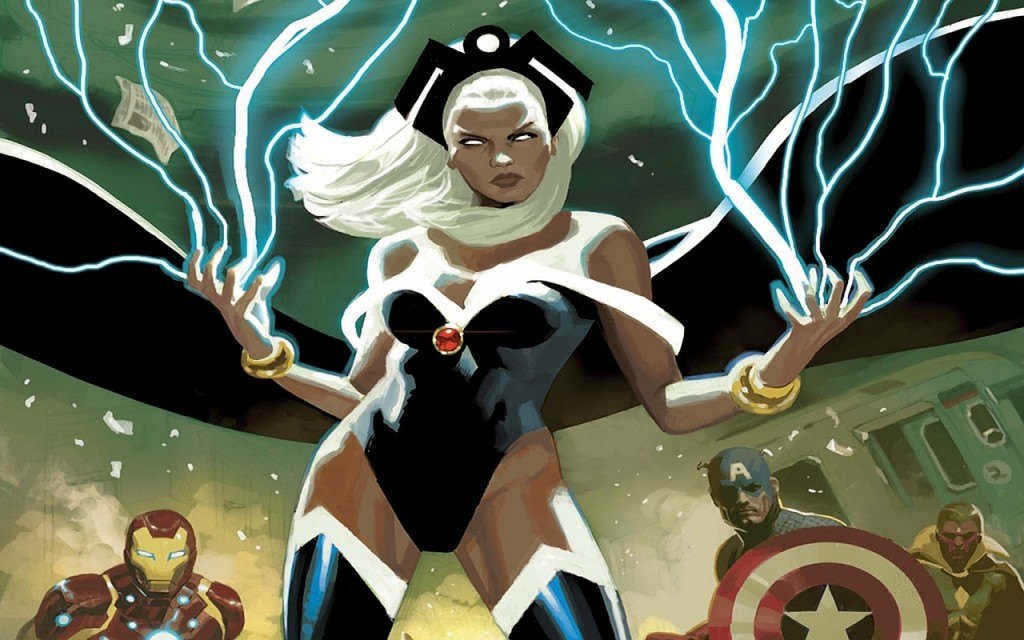 Fam, it has come to our attention that a grave disrespect is being paid to our very own Ororo Munroe – – Street name: Storm. Mundane title: Headmistress of the Jean Grey School for Higher Learning. Regal title: Former Queen of Wakanda — and we can’t really stand for that anymore. What’s the offense? Throwing shade on the mohawk? No. There seems to be some confusion as to whether or not she is an Omega-Level mutant.

Now Carrie McClain has been loving The Goddess of Thunder since Word One. And Leslie Light is the resident Storm comic reviewer. We’ve read the canon, y’all. For us there is no question, Ororo ranks at the very top of any mutant power rankings, alive or dead. For those who may doubt it, we’ll walk you through it step-by-step. 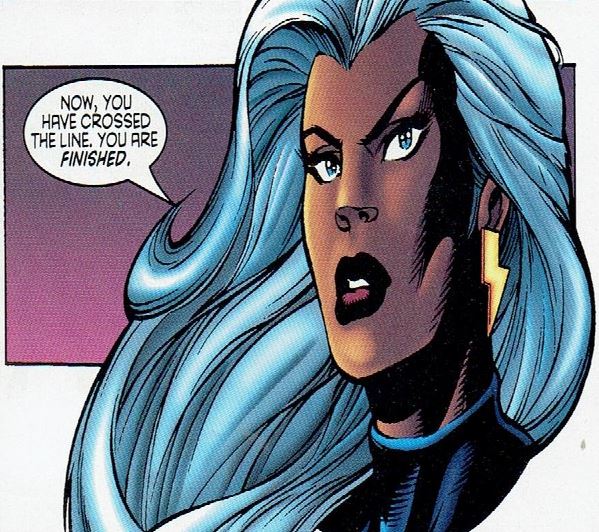 As with most Marvel things, there isn’t a canonical answer. The most accepted criteria is that the mutant must have the ability to extremely manipulate matter or energy at will and under their control. Other OL criteria include, but are not limited to: virtual immortality, strong psionic ability or telekinesis, and the ability to exist outside of the current universe.

Who are some other Omega-Level Mutants?

All the biggies show up here: Professor X, Magneto, Stryfe… perhaps due to her ability to be the avatar of the Phoenix, Jean Grey often shows up as the best example of an Omega-Level under the “ability to exist outside of the current universe” bullet point. More recently, Bobby Drake, aka Iceman, has been added to the list. He is an example of a character who has grown to become an OL mutant as he’s come to understand his powers more fully.

So, what are Ororo’s credentials?

Ororo is best known by her ability to control the weather. It sounds mundane when you put it that way, but let’s unpack that some. How does she control the weather? What she can actually control is the electromagnetic field of the entire planet, and other celestial bodies to boot. She can cause everything from a pleasant mist up to a full-blown Category-5 hurricane. 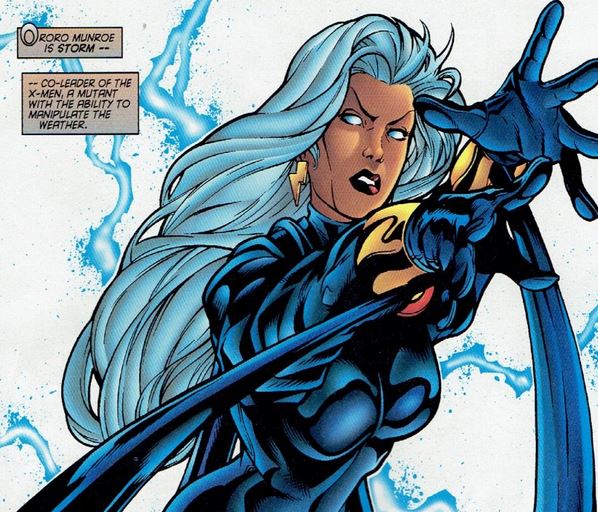 She can fly because she can control the earthly wind. She can control the solar wind. She can channel the electricity of the planet through her body to throw lightning bolts. She can suck the air from your lungs or she can make you fly, she make your ears bleed or she can make you virtually invisible. We could give you the whole list, but she’s clearly got the “ability to extremely manipulate matter or energy” part of this job description down. 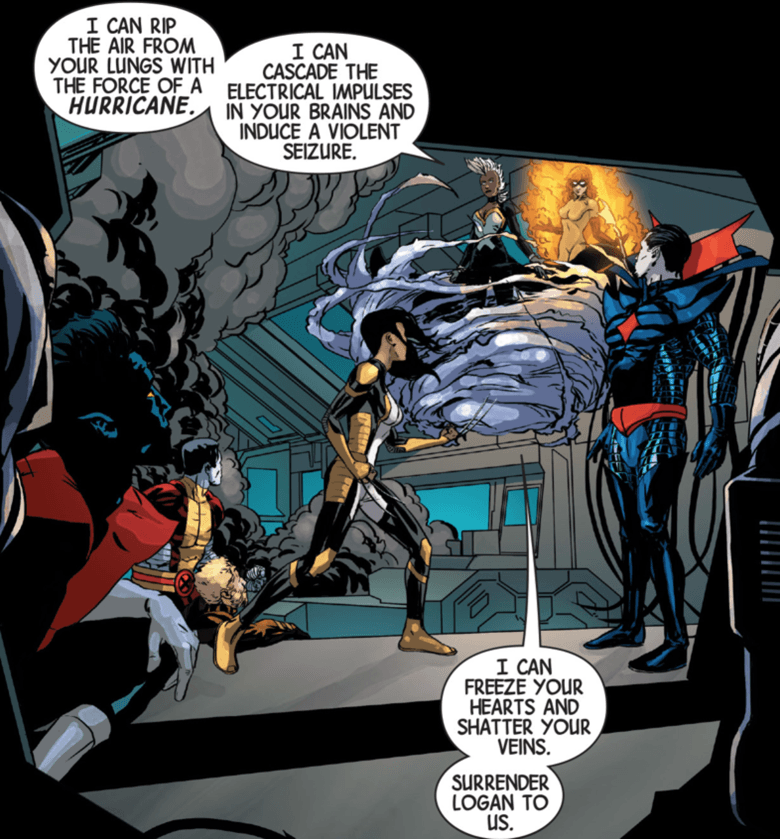 So, what else ya got? Psionics? She’s not psionic. But she does have such a strong psionic connection with the Earth itself that she can literally feel disturbances in the Force (yeah, crossed the streams there. Stay with us.) Also, she is magical. She can sense magical items and wield them — hell, she did a temp job as the wielder of a magical Asgardian hammer called Stormcaster. Remember how that went down?

She is one of the few people on the planet to be in the presence of the Panther God and live to tell the tale. She’s hosted the Phoenix Force. But that was easy compared to HOSTING ETERNITY ITSELF. Eternity is a manifestation of the lifeforce of the universe. It caught a virus and Ororo held it within her body long enough for Dr. Strange…to be Strange. Yep. Hosted Eternity. Take that, Bobby Drake. 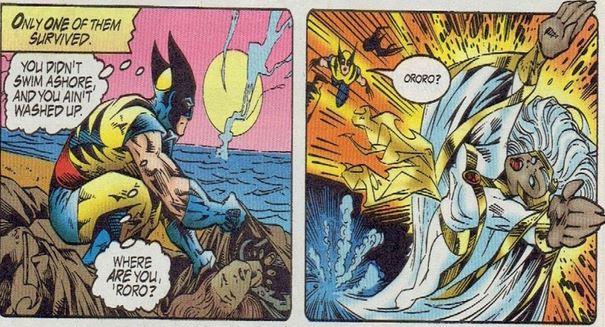 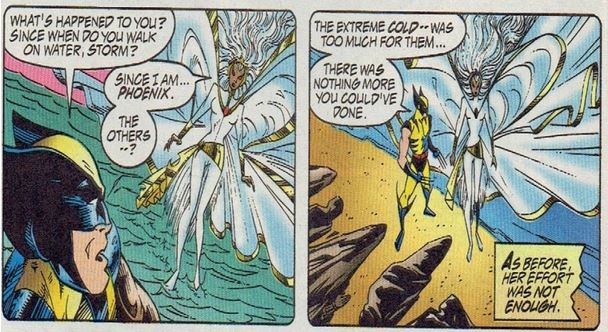 A’ight, what about immortality? No. That she doesn’t have. But she does look damn fine for a woman who’s got to be more than 60 years old (her first comic book appearance was FORTY years ago.) Black don’t crack, y’all. 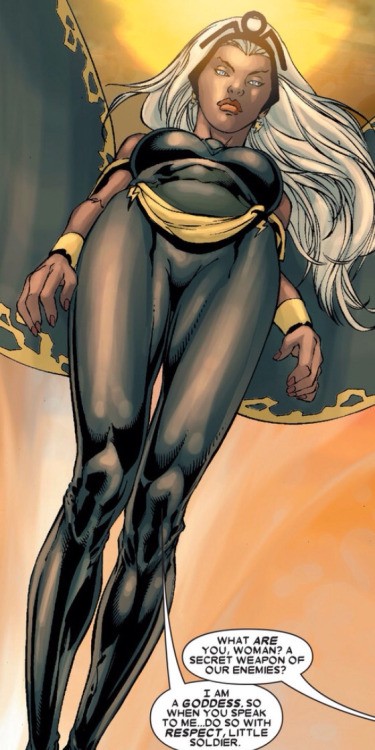 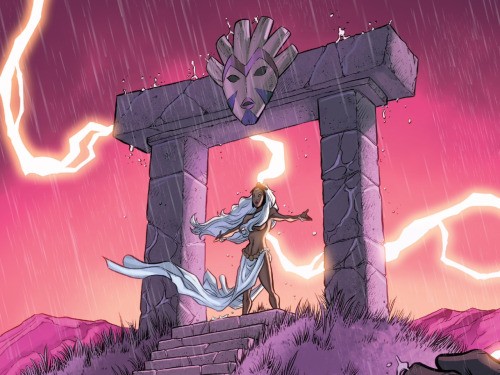 And you know what else, Ororo is a Leader. When she talks, people listen. When she gives directions, people act. She demands respect; she earns it; she gets it. She stands in front of the madman, the megalomaniac, and just the indifference of universal beings and tells them what’s what for the good of all us non-mutants here on Earth. She’s been a diplomat, a wife, a mother, a lover…She owns Alpha-level mutants when she rolls out of bed and bosses Omega-level mutants for breakfast. 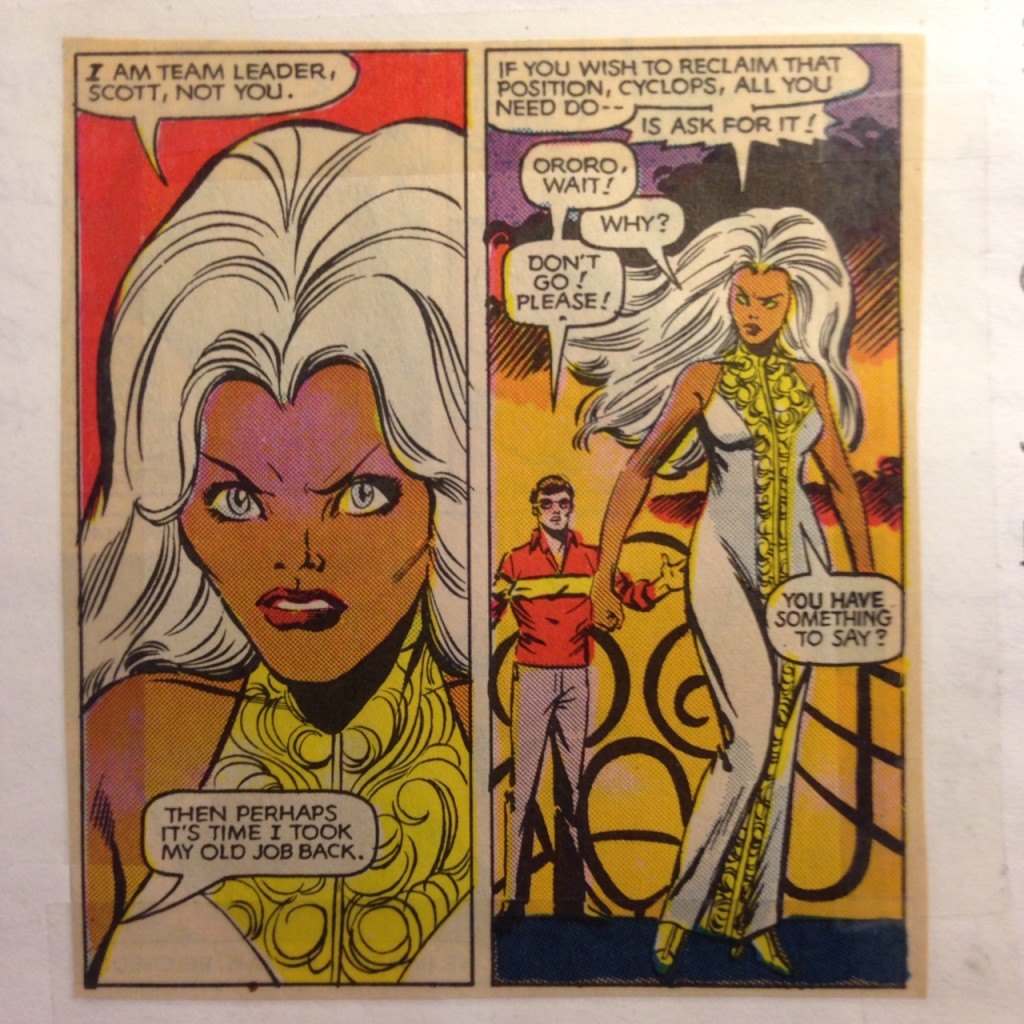 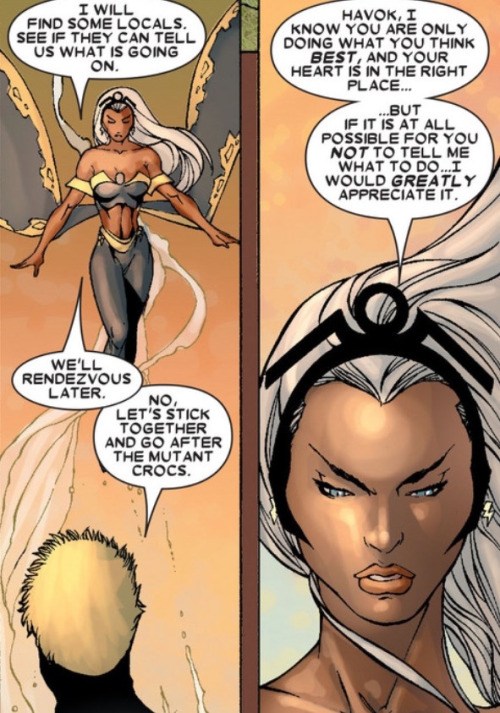 Ororo Munroe is an Omega-Level Mutant in her works and in our hearts. The only thing remaining is for Greg Pak to write in some official declaration. (Hey, Greg… might be a great way to end the current arc, just sayin’.)  Folks naturally assume that Ororo was given the name of Storm because of the obvious usage of her weather-manipulating abilities. Well, that’s only partly true. We can safely conclude that Ororo Munroe was gifted that namesake because that’s how and what she took the world by. 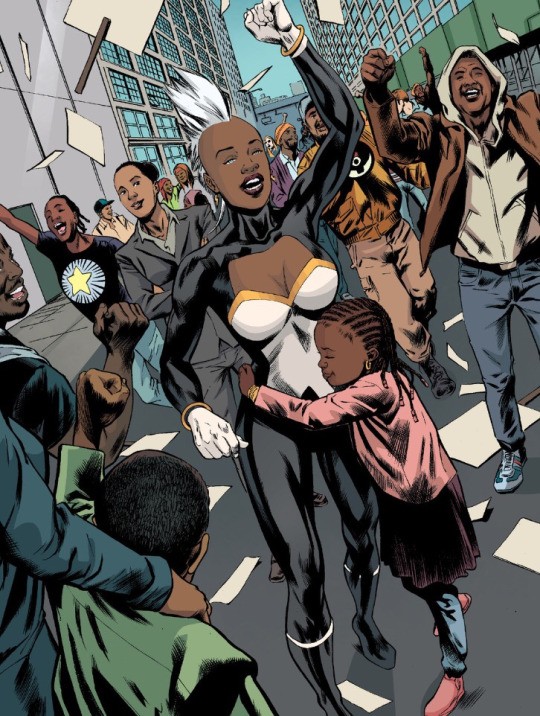 Have an opinion? We’ll be pushing the #OroroforOmega tag till our last breath. Join us on Twitter, Facebook, Tumblr or Google+. Give us your opinion. But just know, Ororo is an Omega in our hearts and in our minds. For Life.

A special thank you to #OroroforOmega hashtag creator and the biggest Storm stan we know and love, Christian Tomas, who started this whole fiasco with this post and who inspired the lovefest of nerds in the hilarious aftermath.