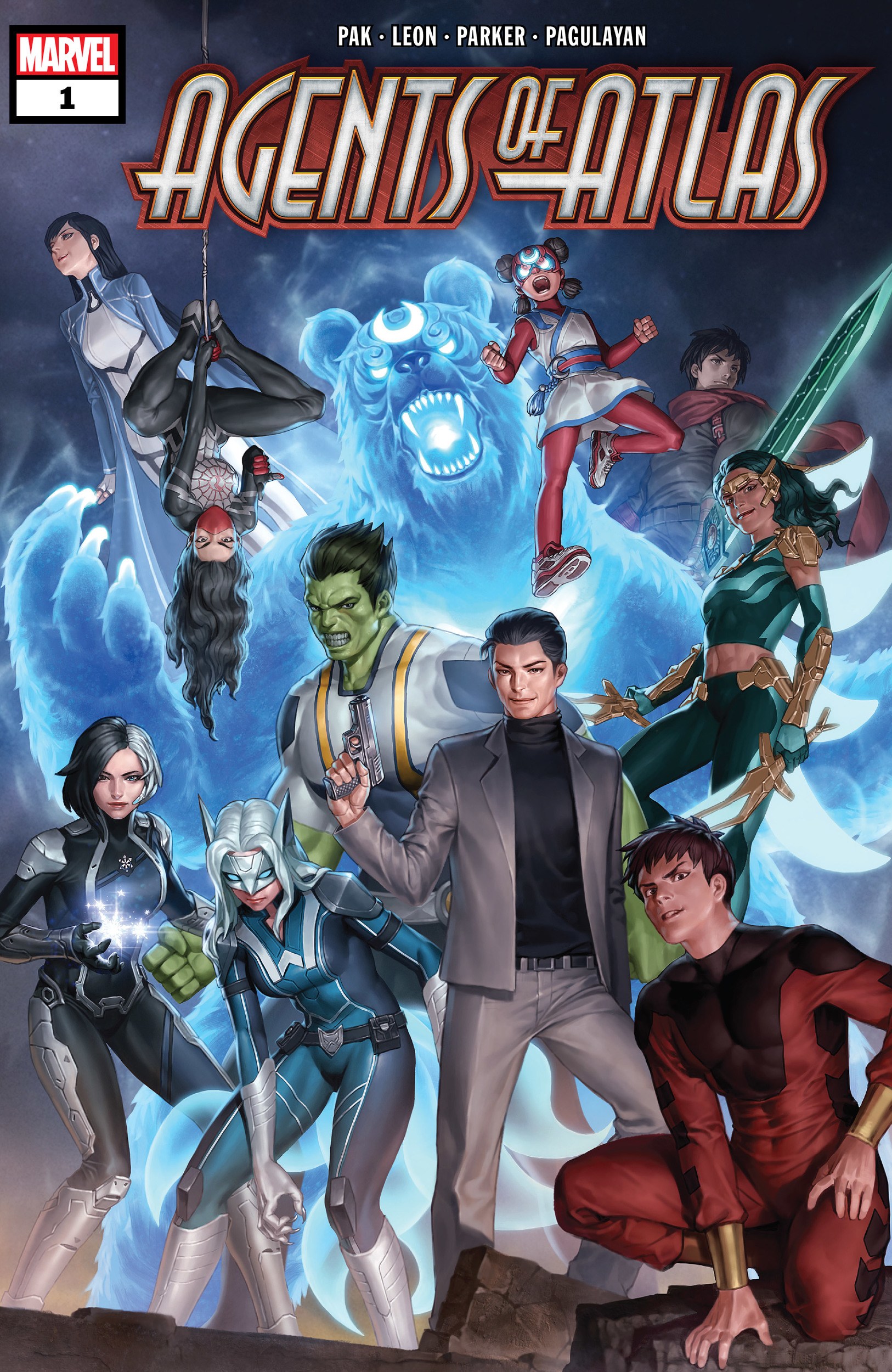 After the fiery sales of New Agents of Atlas, we are fortunate enough to be graced with a proper Agents of Atlas, unencumbered by the “War of the Realms” and making sure we get plenty of time with our favorite Asian and Asian American superheroes. Of course, the aftermath of the Sindr’s campaign is still very much felt. 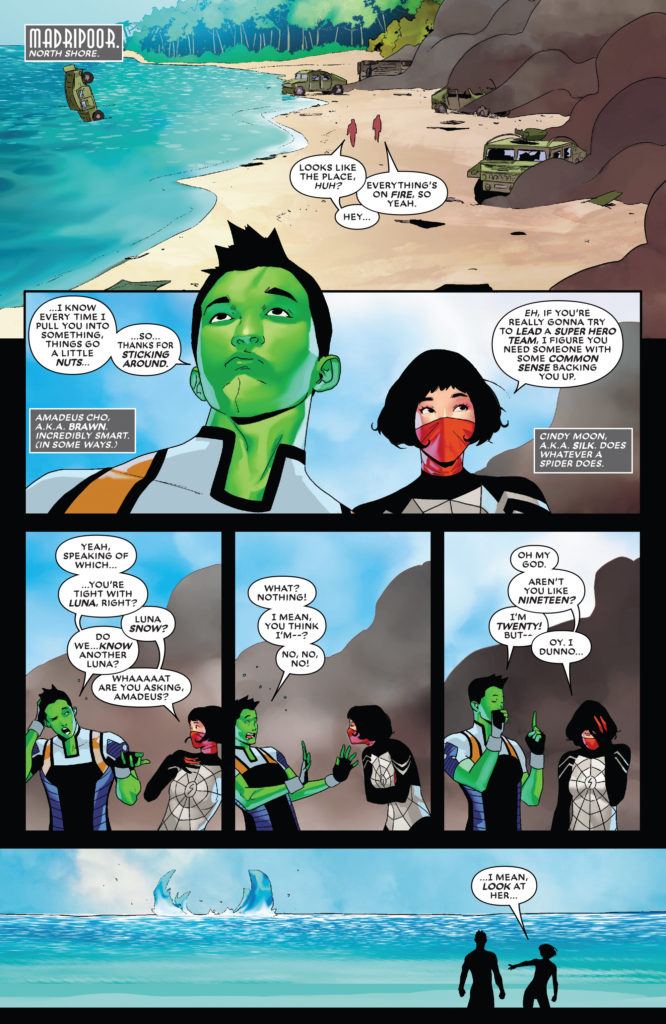 If you did not read the previous mini-series, you don’t have to stress too much. Pak and Parker do a fantastic job at reestablishing the status quo with simple character introductions and interactions that define the playful tone of the series. You gotta love Amadeus Cho emphatically insisting that he’s twenty and has perfectly reasonable motivations asking about what’s going on in Luna Snow’s life. Even though it is a mix of old and new heroes, there is a familiarity and comr between them that make it easy to latch on to. The cast remains impeccably strong and it’s exciting to see Brawn slowly figure out his leadership style.

The story wraps up the loose threads and smoothly transitions to the larger myth arc the series will deal with. The recurring theme of deconstructing the notion of the Asian/Asian-American monolith is handled in an incredibly unique way that feels respectful of the various cultures that are involved. Of course, since this is the start of a new series there is some logistical overhead that leaves a little less time with individual characters, but this is easily forgiven.

Both Leon and Pagulayan do a fantastic job with the artistry of the book. Their character designs capture the vibrancy of the Agents of Atlas and their backdrops and action sequences are truly wonderful to behold. They are a perfect pair for Pak and Parker’s new tale. 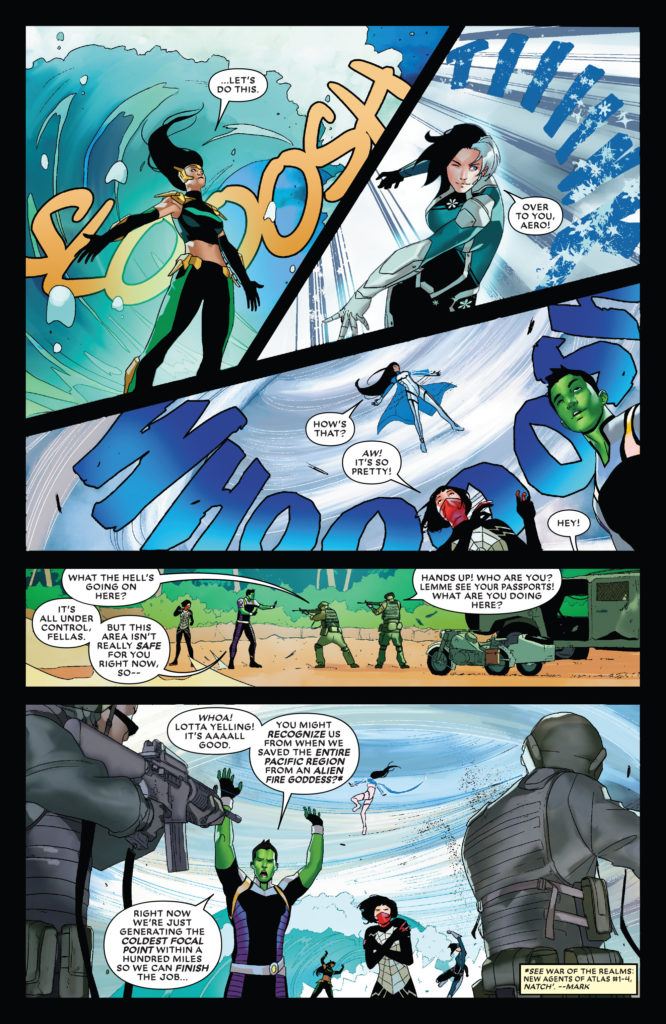 Agents of Atlas #1 is more of the same lovable Asian and Asian-American cast of heroes getting into strange situations. It’s very clearly drawn and written with a deep love, and I’m ecstatic to have more issues in my archives and to have more on the way.