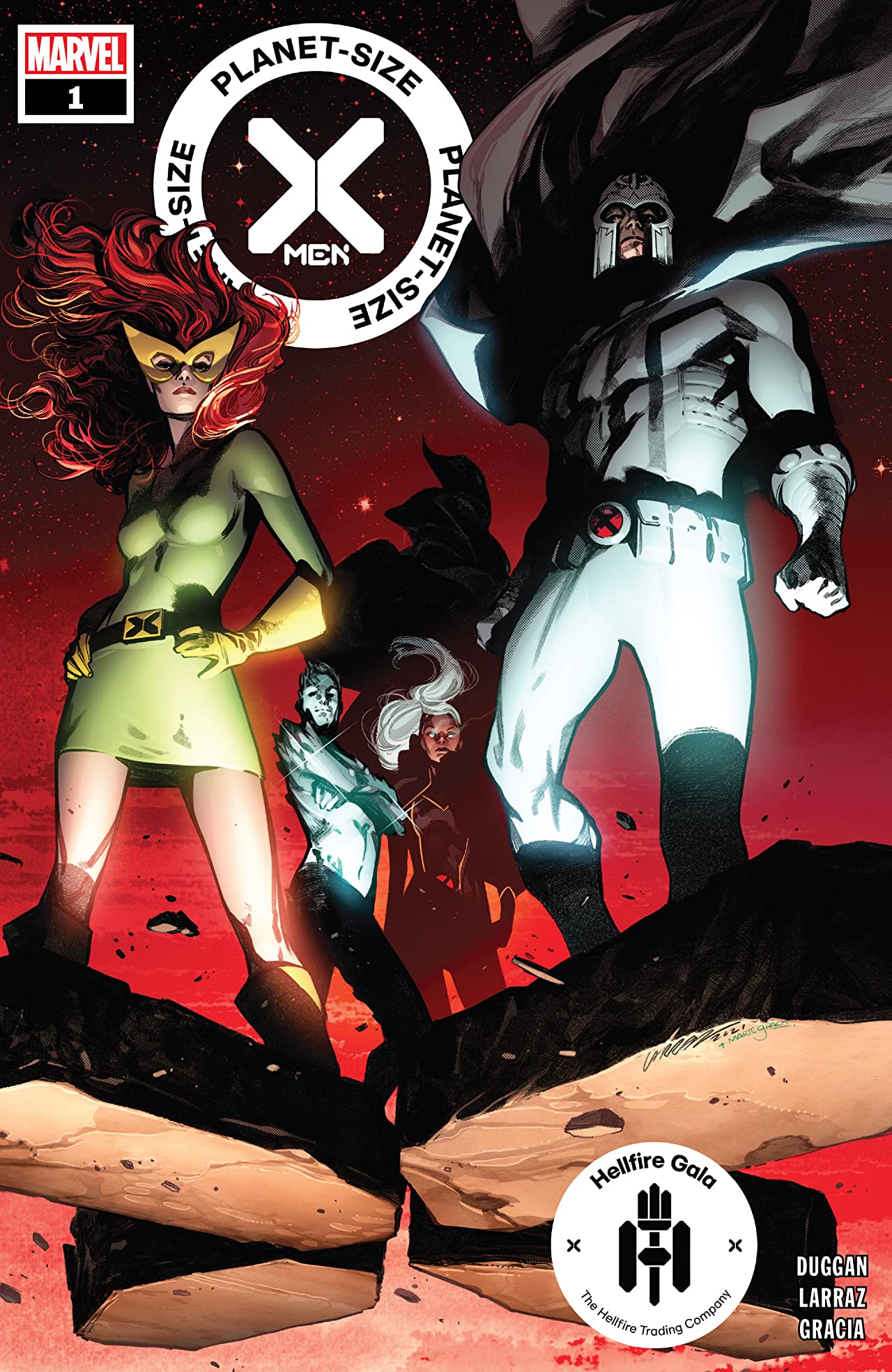 In any other case with any other writer, if I heard the title “Planet Size X-Men,” I would think I was about to read an action packed book with Marvel’s mutants fighting Justice League level threats for the fate of the world, maybe the galaxy. Well, Gerry Duggan delivers in terms of scale and threat level, but not in the way your typical epic superhero story would. In fact, he goes even bigger.

The majority of events in Planet Size X-Men #1 take place leading up to the Hellfire Gala which is a little weird at first, because there are at least two-week old books that have covered a large part of said event. There are some lingering problems Krakoa has been dealing with across the franchise of books that are starting to add up and become major inconveniences in the empire building process. So, Magneto goes and rounds up pretty much the most powerful mutants he can find on the island, flies out into space, and develops an undeniably monumental solution. And make no mistake, it is no understatement to say that it’s a solution that is a landmark for mutants that potentially reverberates throughout the Marvel Universe for the foreseeable future.

Anytime Captain America shows up and has “the talk” with Cyclops, you just know something big is on the way. There are a lot of characters and references from other books within the issue, but Magneto and his fellow big guns are handled pretty well in Duggan script. If you’re keeping up with current X-events, there’s the sense that as they expand, the mutant nation might be biting off more than they can chew, but Planet Size mostly side steps that dread to deliver a sense of wonder and amazement at what mutants can accomplish when they have a vision. Pepe Larraz did the Lord’s Work on the art in Planet Size X-Men #1. The sheer attention to detail and sense of scale is exactly what Duggan’s high-level sci-fi script calls for: huge ideas like terraforming, capes flowing, and powers combining in space. Every panel is a grand sci-fi idea coming to life and expanding the Marvel Universe beyond anything that came before.

Bottom Line: The title is almost misleading in that the book should be called “Galactic X-Men,” because this story is Marvel’s mutants literally transcending earthly things and doing it in style for all of humanity to see. Duggan is bringing the big ideas of “doorstop sci-fi books” to superhero comics, and it’s more than worth the price of admission.