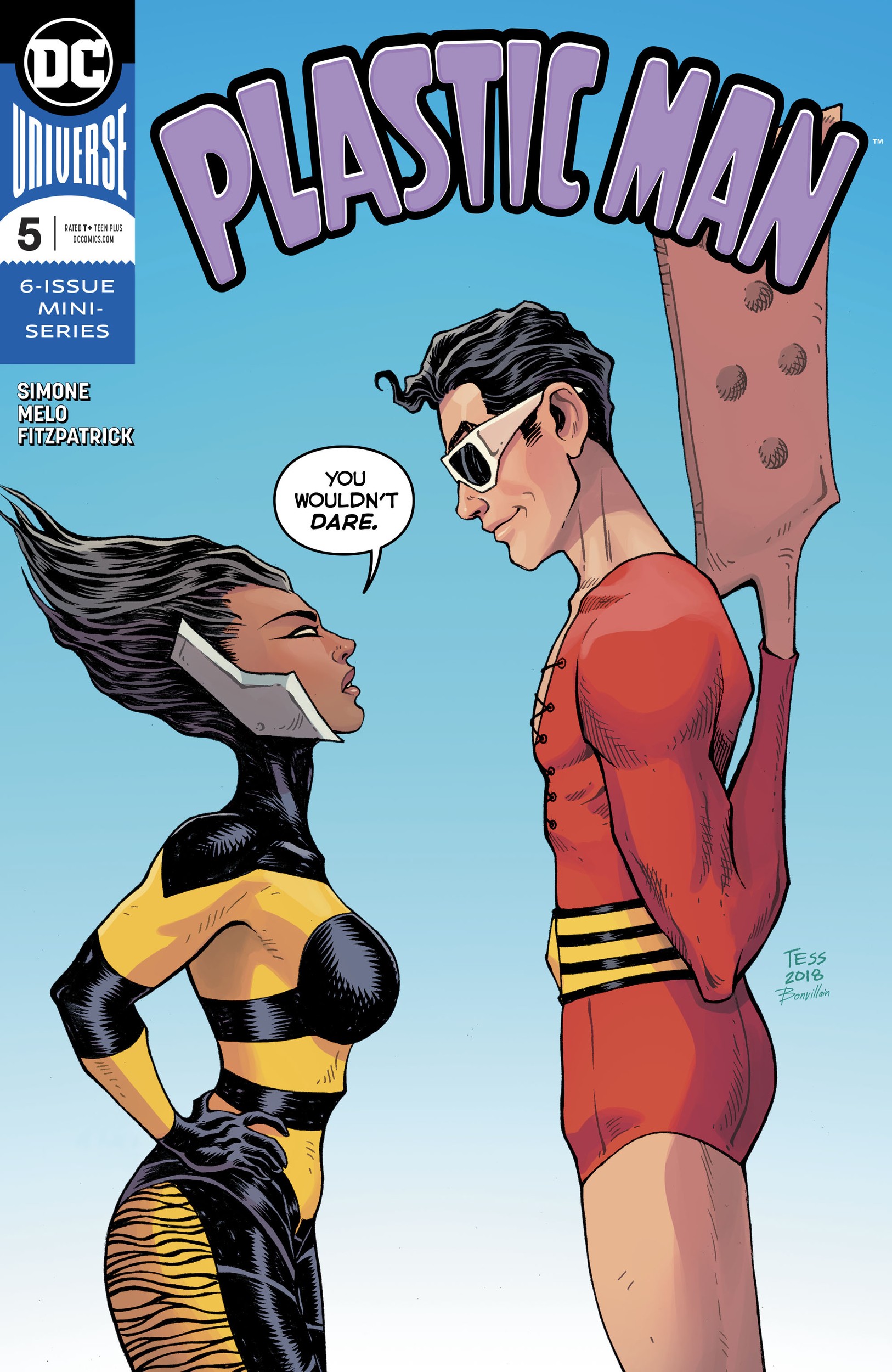 The Wrong Man to Save Them

As we near the end of Simone’s Plastic Man, I’d like to thank Simone and Melo for the joy that Eel O’Brian has brought to my weekly pulls. The evolution of the jerk/drifter/creep (but totally good in the sack) into the antic filled superhero with one of the most terrifying powers in the DC world and one of the most jovial dispositions ever has been fantastic. As Eel recaps the rest of the series in the penultimate, we get a chance to start tying up all the loose ends of the murder mystery that started the plot: beginning with the Cabal.

Simone has a history of hitting the ball out of the park with oddball pickings of villains and not-quite heroes. I was a huge fan of her Secret Six run many years ago, and the Cabal, introduced properly in this issue, bring a different quality of charm with the eclectic group of villains. While we don’t get a lot of time with the cast, Melo’s depictions of the characters convey everything the readers needs to know. These are bad dudes with gimmicks wonky enough to keep up with Eel O’Brian. The ensuing scuffle is gonna be one to remember. 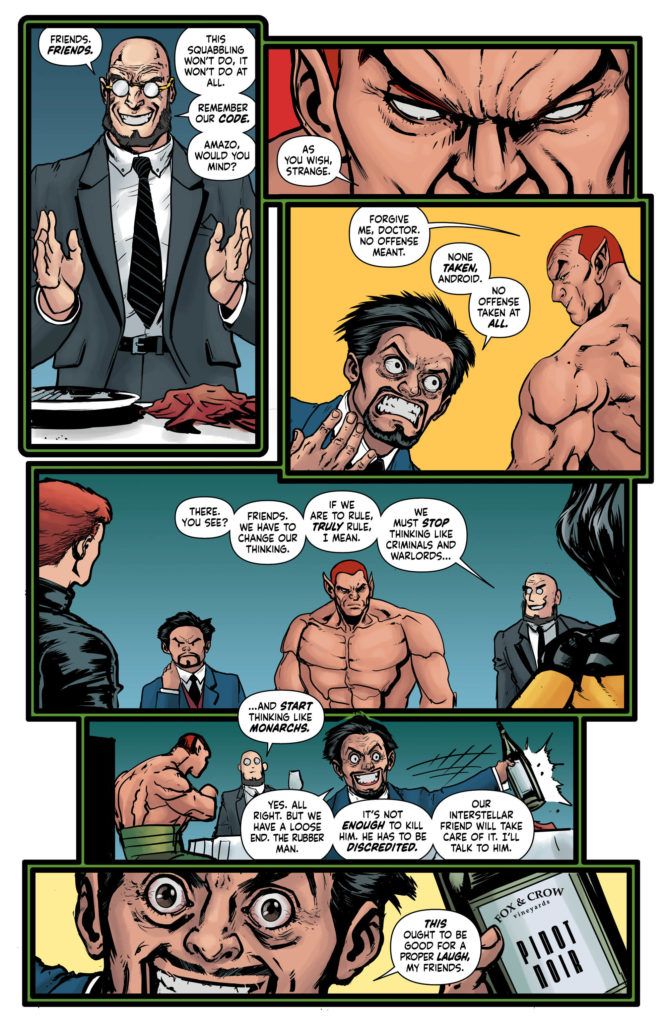 On the hero front, Plastic Man meets back up with Professor Langstrom, cementing Man-Bat as one of the greatest supporting characters of 2018. The familiar Batman villain is a straight up tragic figure who acts as a necessary foil to Plastic Man’s more comedic approach. Both characters had their lives shaken up by a mysterious transformation and have to figure out how to live with a new status quo. It’s a dynamic that was hinted at before but really comes to fruition in this particular issue.

And then of course there’s the breakout character of the mini-series, Pado, who continues to be the lifeblood of emotional arc. Simone does a magnificent job writing them, and every scene reaches straight to the heart. Melo’s art shows a loving bond between Eel and Pado. If you’re not enjoying the audacity of the action sequences, you have to appreciate the heart of the characters.

As we approach the finale, I’ll emphasis what I’ve said the past four issues: Plastic Man is everything I want from a superhero comic.