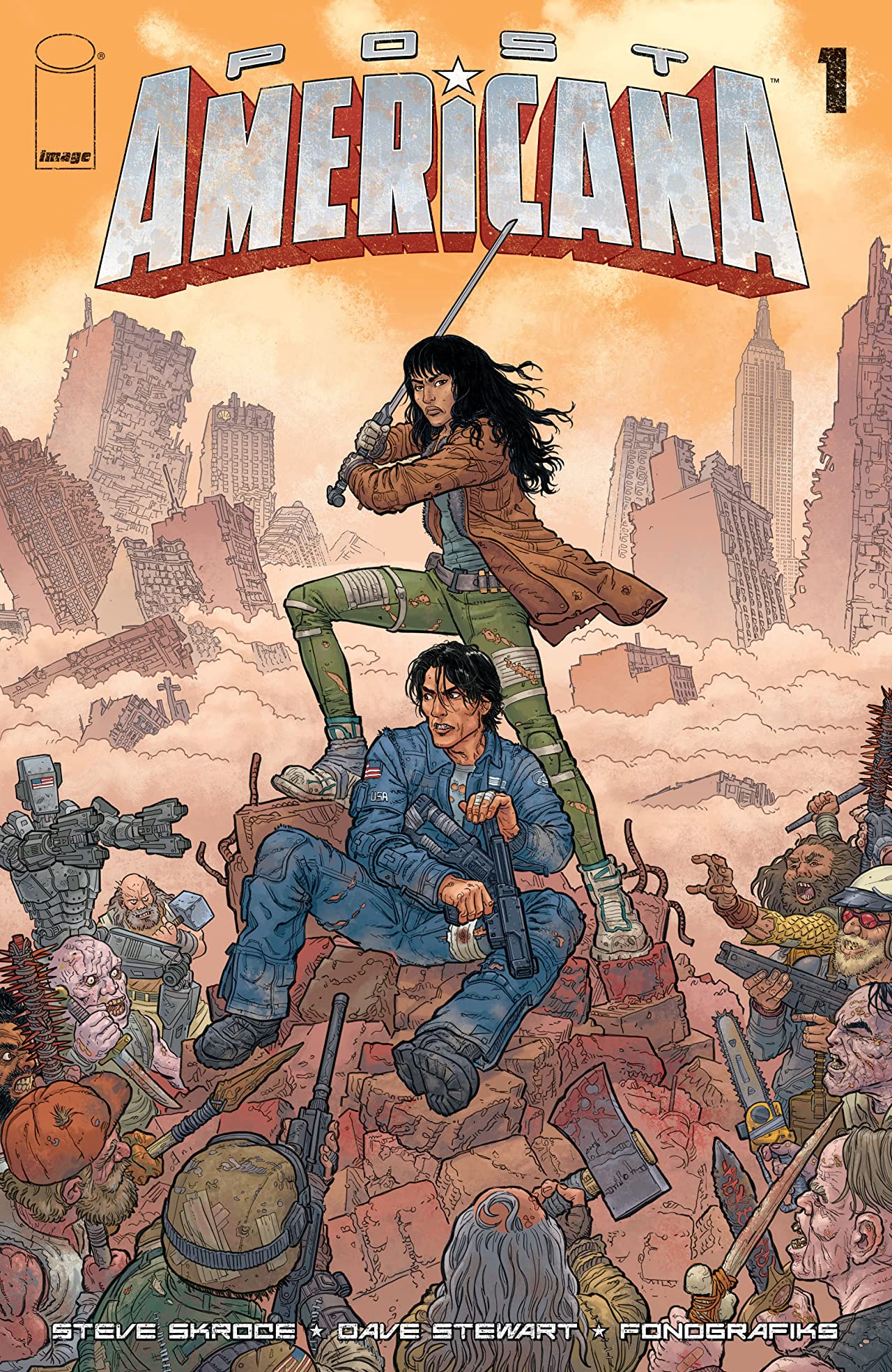 I imagine that we’ll just be getting a lot of dystopian American fiction for a long time to come just based on the trajectory of the last few years. And it’s a genre that is ripe for interpretation. How exactly will the capitalistic framework fail us? How exactly will those unwilling to sacrifice themselves to the upper-class rebel? What does the future look for a society that intentionally enriches a small group at the expense of literally anyone else? These are questions that have a wide range of answers, and Post Americana is the latest comic to attempt to answer these questions.

Skroce, the writer and artist of the series (with colors from the Dave Stewart), errs on the imagining of this world a little more on the hardline grittier pulp fiction front. The upper class is living in a top of the line bunker. Everyone else is living in squalor in the Wastelands.

And like other hardline, gritty sci-fi: it is violent, it is vulgar, and it is unrepentant in its approach. For me personally, it’s probably not my favorite take on the genre. Some of the violence feels a little too excessive, and I’m not a personal fan of the art style.

That said I do like main character Carolyn quite a bit. There are definitely some archetypal tropes in play that make her feel very familiar, but her flippancy, forwardness, and general skill set are nothing if not entertaining. But other than explicitly stating that the story is set in the Cheyanne mountain region (a decision I do appreciate in the abstract of acknowledging that it is land belonging to indigenous people), it’s hard to point out one solid reason why I should invest in this series over any other right now.

Post Americana is fine. It gets points for its woman of color lead, but for me it lacks a compelling enough hook, narratively speaking, and in conjunction with its art style not quite meshing with my preferences, it’s hard to say any more than it’s just fine.