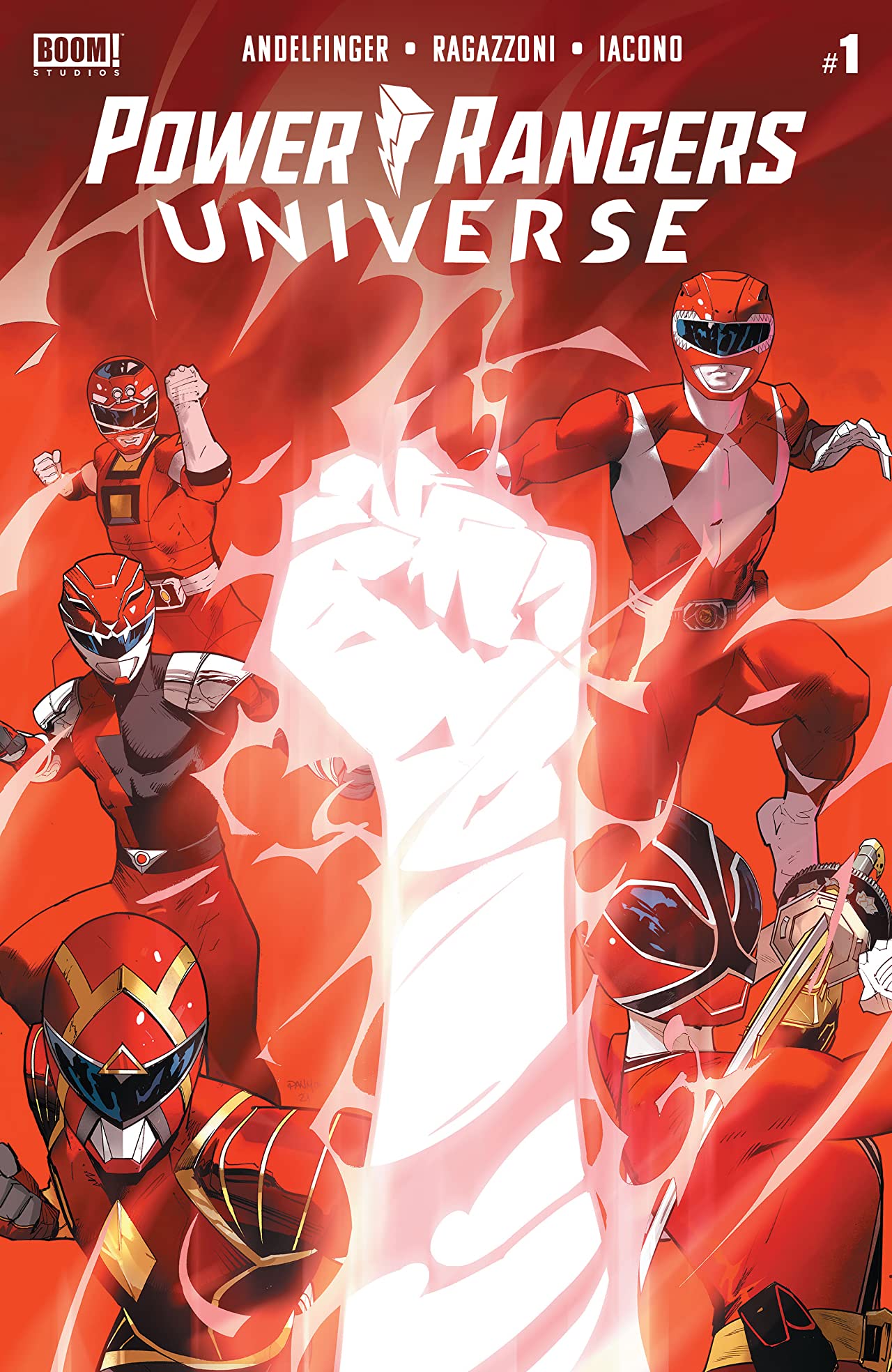 I know what you’re thinking: there have been a lot of Power Rangers comics these last couple of years. You’re right, and we’ve only covered a small portion of the available offerings. That said, the reason we keep finding ourselves here is because the Power Rangers occupy a very beholden place in our childhoods (or at least my childhood), and given the franchise’s long-lasting tenure, there is a wealth of lore and mythology that is always worth delving into. Our latest venture: the origins of the Phantom Ranger (conveniently, one of the last characters I vaguely remember because I fell off of the franchise around Turbo).

Andelfinger takes ample opportunity to play with classic sci-fi tropes, setting the first page in “The Distant Past” where an unnamed proto-Ranger gets stuck in the Morphin Grid to keep an unspecified, but obviously evil entity in. Then, we flash forwarding “584 years” a couple pages later where a different group of scientists/teenagers with an attitude must deal with the consequences of said actions. There are a lot of different named characters (Ori, Kartor, Vivavli, Phiro, Rhian, Telosi, Xev) that we get very cursory introductions and who are all concerned with the events that befell Namize. With such a large ensemble and only very brief characterizations to go off, there is a little bit of a tracking issue, but that’s not entirely uncommon with first issue science fiction comics.

That said, while it took me a minute to keep all of the character names straight, there is still plenty of charged dialog and clever quips. I enjoyed Andelfinger’s writing as a whole, and I don’t envy the task of having to establish so many worldbuilding elements within a mini-series. And Ragazzoni does a fantastic job bringing the Rangers of the distant past plus five hundred eighty four years to life and also displaying the awesome power of the Morphin’ Grid. The book looks like exactly what you’d expect a Power Rangers book set in such era would look like. The costumes are dramatic, the set pieces are extravagant, and the monster design is sharp. It’s a vibrant first issue.

Out of all of the Power Ranger titles, this one’s probably going to appeal particularly to the already enfranchised and specifically to those who are explicitly familiar with the Phantom Ranger. Andelfinger and Ragazzoni do a great job bringing the story to life, but this is a bit of a deep dive with a lot of moving pieces, but if you’re into it, you’re gonna be really into it.