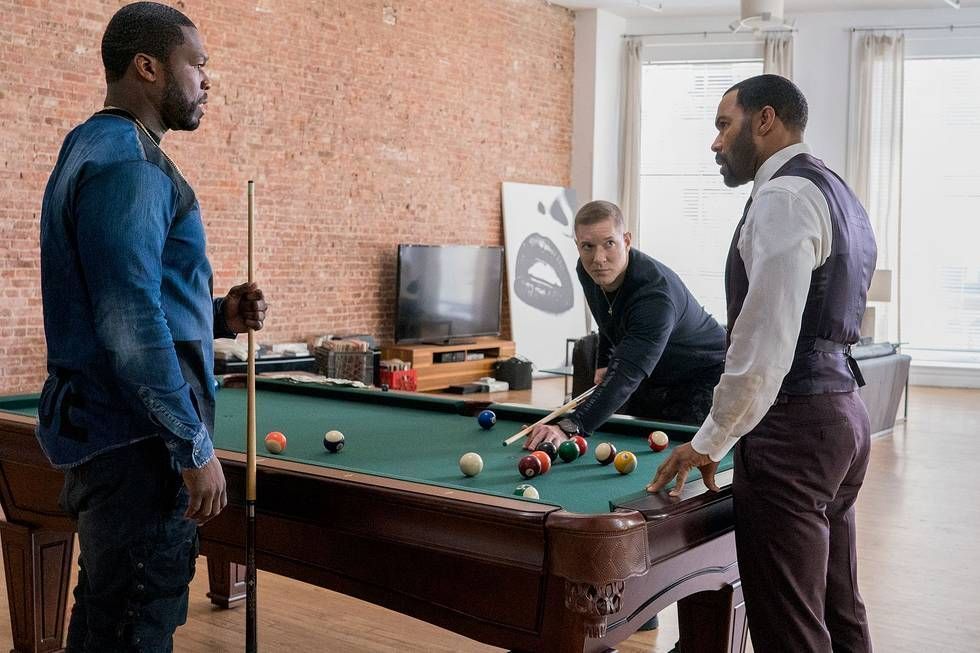 Power takes a page out of the Game of Thrones book for it’s opening scene. Ghost is standing there with blood dripping all over his hands, having stabbed up that drunk driving murderer like a sadistic acupuncturist. He’s trying to solidify his name in them boujee streets but can’t let go of his hood tendencies..

The ghetto trinity aka Tommy, Kanan, and Ghost aka Queen’s 3 headed dragon out here  shootin pool, discussing “the situation.” No, they don’t watch Jersey Shore. Tommy must’ve gotten rid of the body of last week’s human pin cushion. Kanan has plans to get to Dre through a “small time nigga who would never get the drop” on him aka 2-Bit. He right though. Then, he tries to swindle himself into Tommy’s new money moves. Kanan always schemin’…

Dre still doin his best Ghost impersonation, meeting with all his distributors, so everyone is clear and…surprise surprise! Diego Jimenez pays him a visit. People question the new head of the Toros Locos, and Arturo’s ability to take out Lorenzo. 2-Bit and his boys aka Thing 1 and Thing 2 are fumin in the corner cuz Dre let Arturo take the credit for killing Lorenzo. I feel a backstabbing coming! Meanwhile, Diego tells Dre it’s time to figure out what this Arturo cat is all about.

Councilman Rashad Tate is out in them ritzy streets with James St. Patrick, tryna swindle an additional $12 million out of some woman, Linda (Garcelle Beauvais aka Fancy from The Jamie Foxx Show), for Reina’s memorial. She hits them with a fat middle finger though. Tate and Ghost get into a heated lil debate cuz Ghost tried to slide retail into the deal. Tate tries to bench Ghost, and he flips it, saying he’ll do it himself.

Mak and Saxe roll up to prison to pressure Teresi into ratting out his most recent frequent visitor, Tommy. Turns out the old man been pulling these strings the whole time in order to get a deal to get out the joint! They bout to go Whitey Bulger wit this story?!

Despite Ghost stabbing that drunk driver to death, the parents of the dead kid are no closer to closure. In fact, things couldn’t have ended up worse. Cops are looking at the father as the suspect for the murder, and the mother isn’t consoled in the slightest. Bad move Ghost. Tasha later tells her man that putting 100 bodies in the ground won’t bring Reina back. OH…and if he gets the urge to kill someone again, to murk out Kanan. She right.

Angela was all over the place this episode. She got pressed by NYPD Internal Affairs investigator, Bianca Rodriguez again! The snooping officer comes at Angie with all the new facts and connected dots in Reina’s death. She knows Ray Ray then Angela herself visited Tariq’s school. She coming for her neckkkk. Strike 1.

Then, she got deaded by her new boss. Tameika with the Maxine Waters swag told her she ain’t got enough for a Jimenez case and to be sure about her first move in rebuilding her reputation. Strike 2. Later, she meets Tasha and gets nowhere besides deciding to definitely not tell Ghost anything.  Pretty good decision.

Kanan in the hood feeding lies to 2-Bit, gassin this sucker head up. 2-Bit tells Kanan that he been mad at Dre for taking away his gambling spot and giving it Cristobal. They talk shit about the young upstart in hilarious fashion then Kanan gets info that leads to that ski mask shit!

Tommy stops by Keisha’s and talks about his pops getting out. He tries to make a move, but she shuts it down. Later, she tells Tasha and is quite proud of herself for refusing to continue to let his dangerous ass in. She gives Tasha some advice, and it sounds like Tasha’s bout to use that to fuel her dark desires. After meeting Keisha, Proctor tells Tommy his dad is getting out clean and didn’t snitch (lies). Proctor tries to distance himself from the hothead but fails miserably. Arturo talkin a big game during this execution of two cats. Well, really he was just screaming like a little man with a Napolean complex and fragile male masculinity at two bound and gagged prisoners. Dre made the mistake of answering a question for this idiot to save his ass. Diego notices and shuts his shit down. Luckily, Arturo isn’t Lenny Smalls dumb and catches on, saving both of them. Arturo becomes a killa (he looked like he was bout to soil his breeches) then Diego tells Dre to name Cristobal his #2 and to shut up n like it.

Mystery new sex symbol alert! Some Fed from D.C makes a move on Angela Valdez. They have dinner later that night and for some reason she tells him she has a lead that could take down the Jimenez cartel. She’s making sultry decisions as soon as she finds out he’s only here for “one more night.” Cue the bedroom eyes.

Kanan gets the drop on Cristobal in his whip, pistol whips that ass, and steals all his cash. Ghost in James St. Patrick form has dinner with Linda and puts on the charm to get her to open that purse and checkbook. Maaaannnn, she didn’t open that checkbook, but she dam sure took that ring off, opened them legs, and got down and dirty! That boy Ghost was pulling them tracks out and hittin it like a man trying to fuck his way to 12 million dollas! Councilman Rashad reveals that Linda played James and was testing his professionalism. James turned to Ghost dumb quick cuz he aint like that comment one bit.

Angela feeling herself now that got a new thing to flirt with and things turn around for her quick quick. First, she sends her boy Jerry Donovan over to the office of Detective Do-Good aka Investigator Bianca Rodriguez, to confiscate her findings. Rodriguez isn’t surprised at all. Next, Angela wonders about the woman in the Jimenez crew who is always heavily guarded, even when Diego isn’t around. She realizes that her team aka Haters in the 1st Degree are idiots because in Spanish, “hermanos” could mean siblings and not only brothers. They know that’s the sister running half of the cartel and decide to move on them while they’re still in NYC. 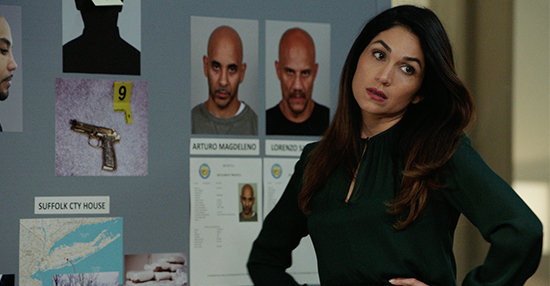 Kanan drops off the quarter mil he stole from Cristobal to Tommy as a buy-in to his new operation with Jason. Tommy tells him his dad is getting out of jail, but he’s worried he a snitch so he been drinking like a beast..uh..not good. Kanan echoes Keisha’s words then makes the same joke Tommy made about playing catch. It was pretty hilarious. The episode ends with Tommy picking up Tony Teresi as soon as he’s free. His first order of business is to get a slice of pizza like a true New Yorker, then “get into some trouble.”

Tommy’s mom stopping by and telling him he bout to get used and played was so perfect. She may be a coke head, but she ain’t never told no lie!

Kanan coming at Tasha, grabbing her all aggressive like that gonna end up badly for him. Tasha on that, “I ain’t no killa but don’t push me!” flow.

Dre makes Cristobal his #2 right after him and 2-Bit discuss Cristobal getting his shipment stolen. 2-Bit lookin at this mufucka like a fool and his whole team salty as the mufuckin Dead Sea.