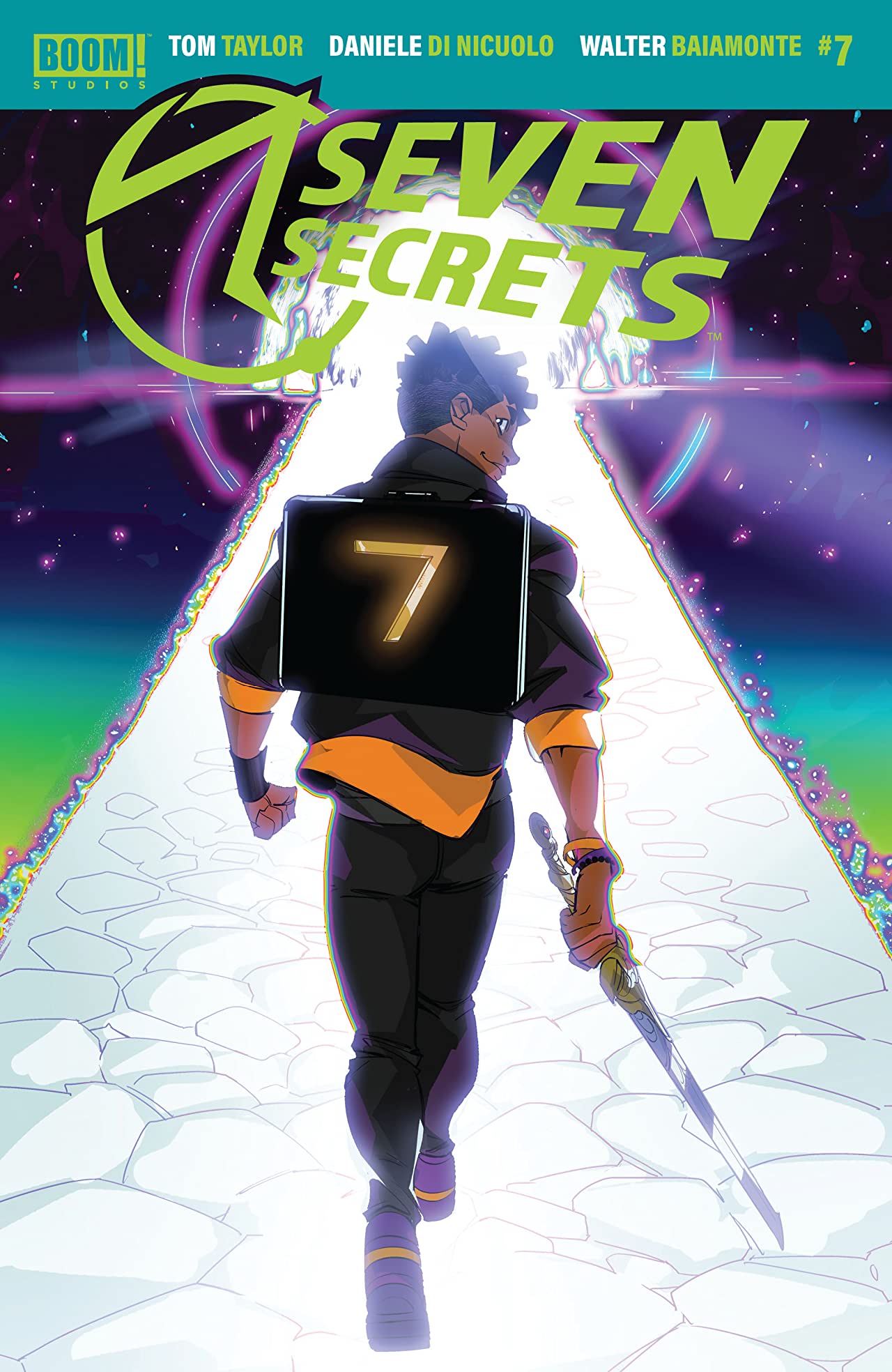 It feels so good being back in the world of Seven Secrets. The thrilling adventure of Casper, as brought to us by Taylor and Di Nicuolo, is truly one of the most compelling stories on the shelves and Seven Secrets #7 continues to live up to the hype, with an issue that opens the already wonderfully weird world in even more wonderful and weird ways.

There were many questions to be had at the conclusion of the last arc, and thankfully Taylor doesn’t wastes time in managing to answer some of the more pertinent questions while still leaving out so many details that it’s actually mind-boggling looking back.

Casper and the rest of the Order have managed to escape the relentless assault, at least temporarily, but making a quick pit stop in “Faerie.” The injection of a purely fantastical realm is not entirely out of the realm of the world where world-ending powers fit into suitcases, and it truly opens up the context of the greater universe.

Di Nicuolo’s operates on an entirely different level this issue, and I am obsessed with backdrops, the details, and the character and creature designs. Literally everything is so jaw-dropping gorgeous, especially in conjunction with Walter Baiamonte and Katia Ranalli’s colors and Ed Dukeshire. Without hesitation, it is an enthralling visual journey and every single bit of awe and confusion that Casper experiences is very much sympathetic affair.

Taylor has this wonderful sense of playfulness and mystique, and getting a little more insight into Casper’s background is always welcome as this issue serves almost like a breather episode, allowing us to take stock and reevaluate everything we know before we return to the real world and persistent conflict. But it’s such a deft sojourn into the magic that makes Seven Secrets so memorable and endearing.

Read the first volume if you haven’t already. Read this issue the moment you’re able to. This is a masterclass of world-building and character building and it’s just such an overwhelming fun book I can’t help but to keep recommending it month after month.