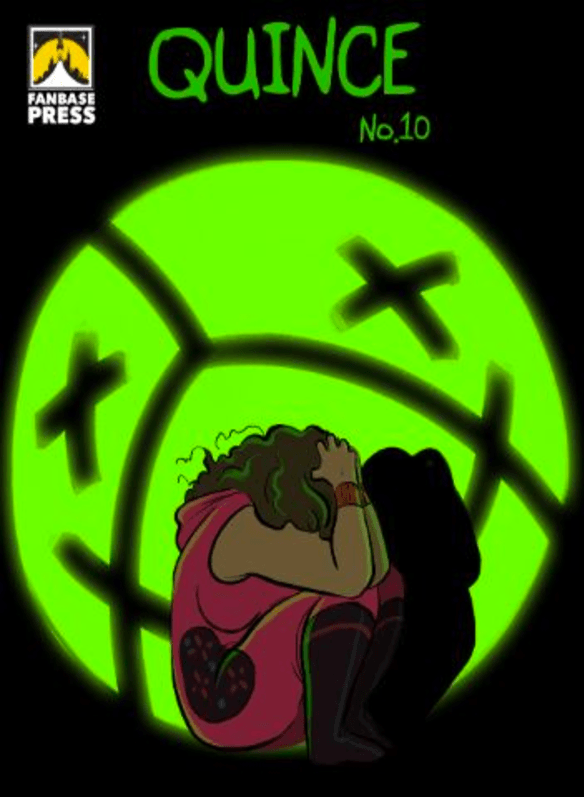 [dropcap1]L[/dropcap1]ast issue Lupe came to the awful realization that there is competition in the “I have superpowers” club which she believed was only a party of one. Yup. Upon coming across her vandalized institution of learning, she put two and two together and decided that perhaps this person wasn’t using their powers for good. Yikes. This is serious. This is serious business. And what does this mean? More night time adventures in which she’ll be missing sleep. This also means STAKEOUTS! 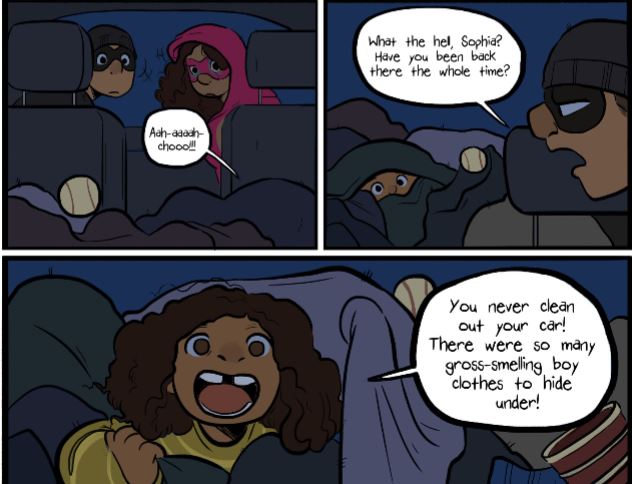 There’s a lot of serious themes in this comic however there is also a healthy dose of laughs and humor mixed in as well. Lupe’s family, one way or another always make their cameo in each issue and it always warms my heart. They’ll got jokes for days and their doting, eager to help attitudes when it comes to Lupe’s extra curricular activities, aka Superhero-ing is always welcomed. It’s a fun and fresh breathe of air and they all walk a very thin line of being fans to being a bit much. Here big bro Carlos volunteers to go on a stakeout with Q with his car so it’s allowed. While they’re out little sis Sophia pops up, not wanting to be let out. 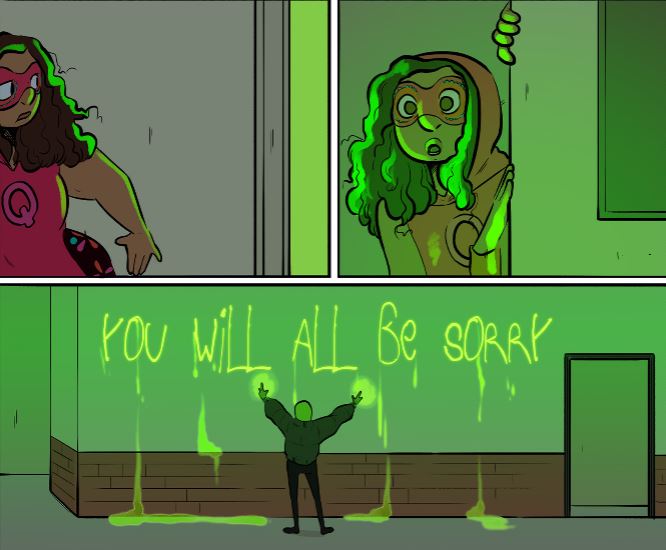 AND the moment happens, when Q sees some funny business happening and she goes to go check it out–to find our vandalizer of school property and the second person in the “I have super powers” club. After confronting this person, she realizes that she knows them! It’s a shocking revelation and even through the young adult fancies themselves with a unique backstory and reason for their actions, Lupe isn’t impressed. Neither was I. I rolled my eyes so hard that I found myself knee deep into next Tuesday. Come on, Lupe locked herself in a room doing 5 beats a day for 3 summers–she spent her whole summer vacation not chilling, going to the beach or staying up all night reading fan fiction to TRAIN. To be trained by OG Abuela who, may I remind you was merciless in her training.

On the artwork side: It’s really neat to see the powers of this other kid manifest. This icky, sickly green color really nails it and does it’s job and remind us that it is unnatural. Later Lupe get a better idea of what she’s working power wise and she is SHOOK.

Still Lupe is given as ultimatum: to stay out of their way or risk having her alias as Q exposed and “have fun ending up a government experiment”. No Bueno. Our girl officially has her arch-nemesis it seems and our story finally has its villain, you know other than the lack of beauty sleep she’s getting since donning Q’s costume.