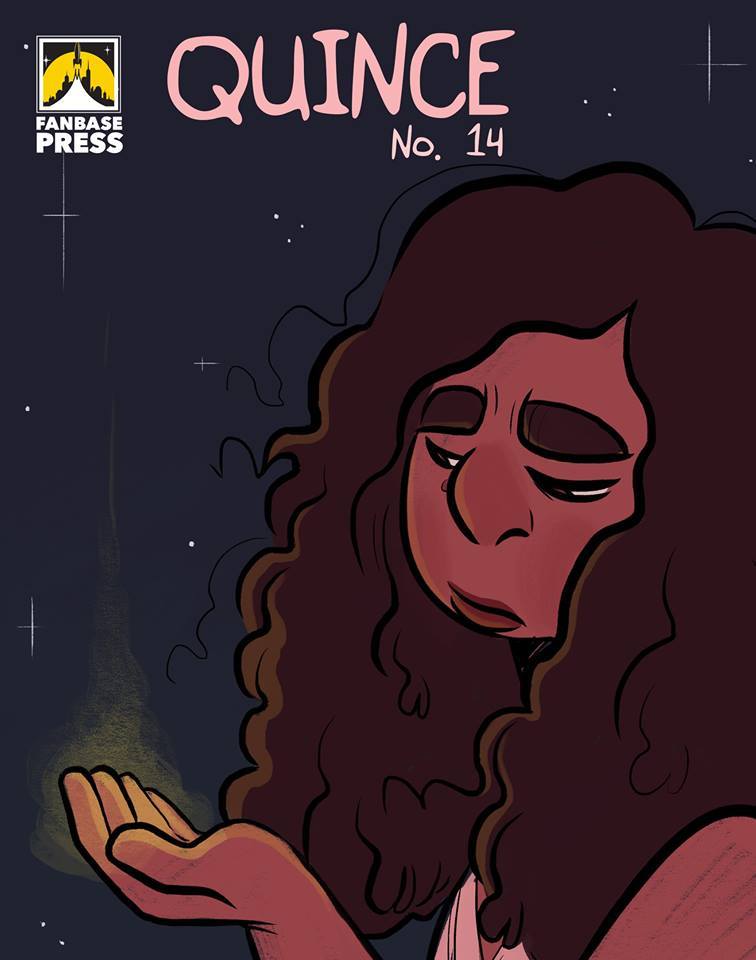 Before we start, I’m going to advise you to go back and re-read the precious issue #13 of Quince. Not because this is all over the place or that it’s hard to follow. Nope. I ask you to go back and re-read the last issue to remind you of one important thing: Lupe’s birthday is, in fact, here and the time of having is powers is coming to a close. The aftermath of prom being ruined by (not murdered-ruined, thankfully) by Garrett, Lupe’s arch nemesis coming back to wreck things, is foiled by our girl.

Her cover is even blown, those kids are all cool enough to keep hush hush leading the authorities to lead our self proclaimed anti-hero away in cuffs. All that excitement and validation might have had us all hyped to where we missed something important: OG Abuela has been rushed to the hospital and things don’t look good for her. 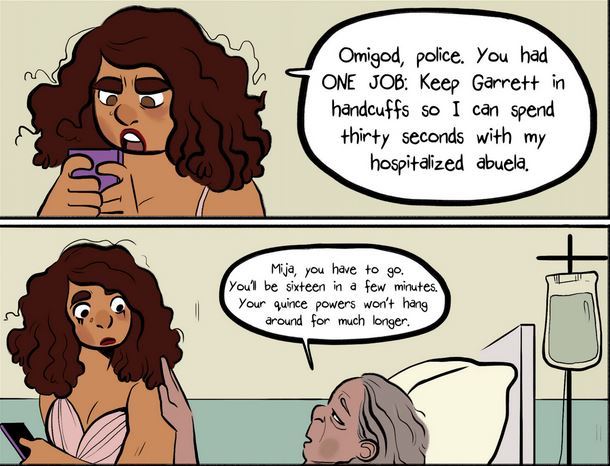 Lu can’t even have a conversation with Abuela without being interupted and told that she’s needed as Q. The frustration and a wide range of emotions come across so well on the pages. You are really right there at the bedside of Abuela. You have her hand. Your mascara is running too. This is the test isn’t it? Where as a hero, you have to put others before yourself. Where you have to place the needs of the many before one or a few?

The gut-wrenching decision before Lupe, the brave girl we’ve come to love and root for does not disappoint and is still very much a wildcard. It’s something I wasn’t expecting that, yet in some way I shouldn’t be surprised. Her decision sets her up for a showdown with the troubled boy who only sought powers in the first place to make his troubled life better. 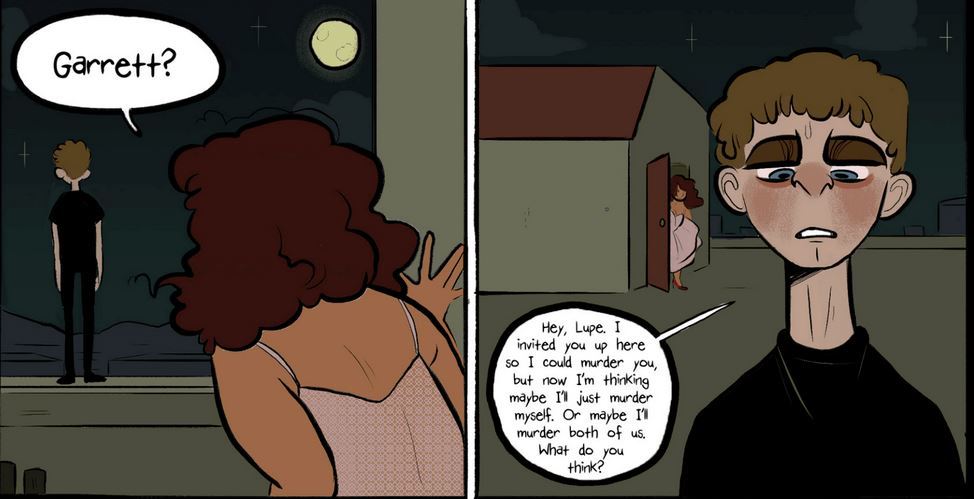 I have to say just about everything was on point this issue. The writing presented us with an impossible choice for our hero yet she barely hesitated and moved forward to make things right. This issue’s art shined best in the most ordinary places: in a hospital, on roof of a tower–showcasing powers of two very different individuals who come to heads again towards the end of this issue. Reminding us that superpowers don’t and can’t solve everything, we are left to ponder what to do when all we’ve got is…ourselves? Who you were before the powers or who you are when the powers don’t enhance your life?

This issue ends on a wicked cliff hanger which leaves the fate of Lupe up in the air leading us to the wait for the fifteenth and final issue which will wrap up this superb series I’ve enjoyed reading this year. Stay tuned y’all.

#GPRepost,#reposter,#notetag @fanbasepress via @RepostApp ======> @fanbasepress:EXCITING NEWS! The collected English-language trade paperback of Quince is now available in print from Fanbase Press! Purchase your copy to follow a year in the life of Lupe, a 15-year-old girl who discovers that her quinceañera brings with it a super cool party . . . and superpowers. http://fanboycomics.ecrater.com/p/25558197/quince-trade-paperback #Quince #FanbasePress #CreatingFandoms #quincesuperhero #quinceañera #comics #comicbooks #tradepaperback #graphicnovel #supportcomics #nowavailable #thefanbase #latinx #latinxsuperhero #superhero