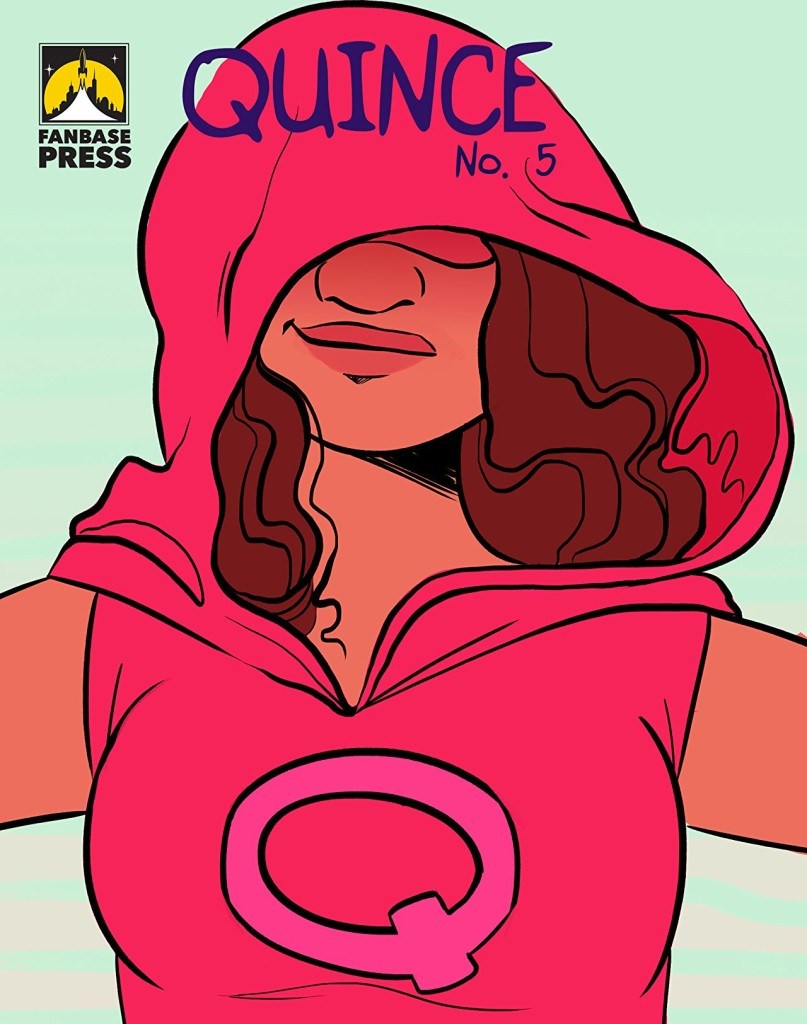 A summer of training by Abuela (That’s OG Abuela to you) and a promise of a superhero costume has Lupe looking forward to what comes next but ashe’s also incredibly tired. She’s starting a new semester, a new year of school as a sophomore and her lack of enthusiasm couldn’t be more noticeable. Life is boring. School life is boring. Everything is boring. 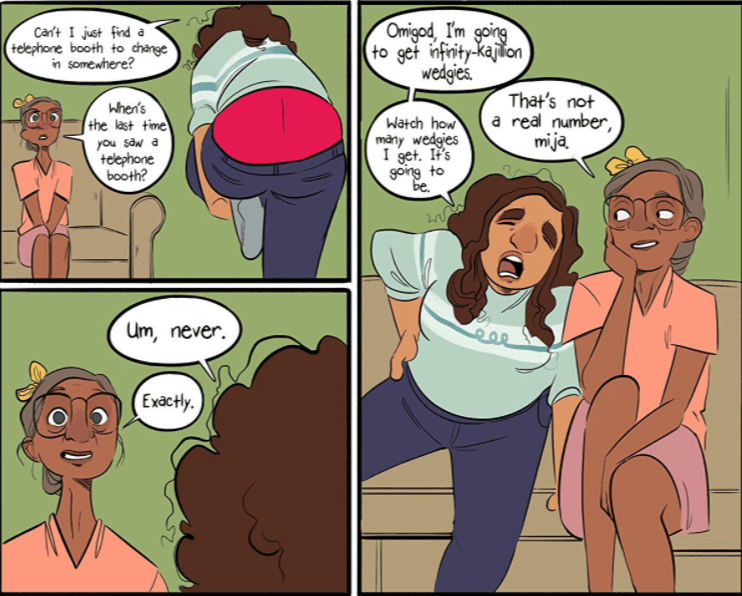 When you’re looking for the ball to drop, for the adventure to come and…it doesn’t. You’re stuck in the ho-hum boring routine that follows you…Until one day it doesn’t. Until one day the opportunity to do something presents itself and then you go. You go be a hero. You go make it happen. You make a difference.

Lupe’s superhero costume reveal is great. And tasteful. She swoops in to save the day and it’s a great treat to us, the readers to finally see and read and fangirl/fanboy with her. Lupe is as much a fangirl of the whole ordeal herself and it just makes me lover her a little more.

Last issue I noted the page length of each issue as a compliant–the action that led to the costume reveal, the costume reveal itself and the saving the day part were paced well enough to where I’m looking forward to the creative team handling the challenge of further issues of Quince, where more action and conflict is introduced throughout the pages.

Look fam, I’m not keeping up with how many “Hot Devins or which one is supposedly the hottest of them all. I do care about how there are no boys taking up serious real estate in this narrative to distract from the real focus of this all: Lupe. Lupe and her super powers and how she’ll let them affect her life. 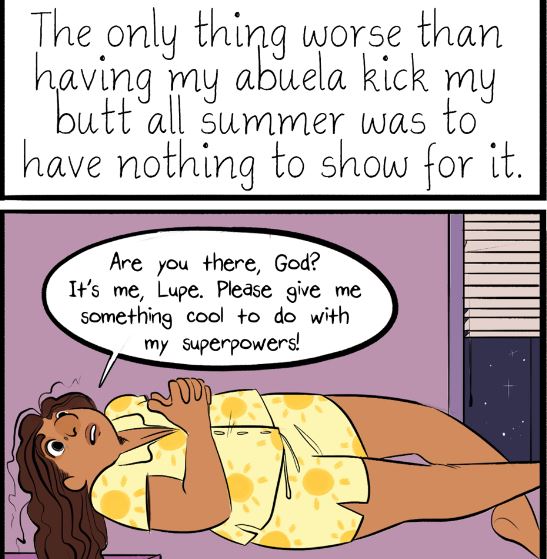