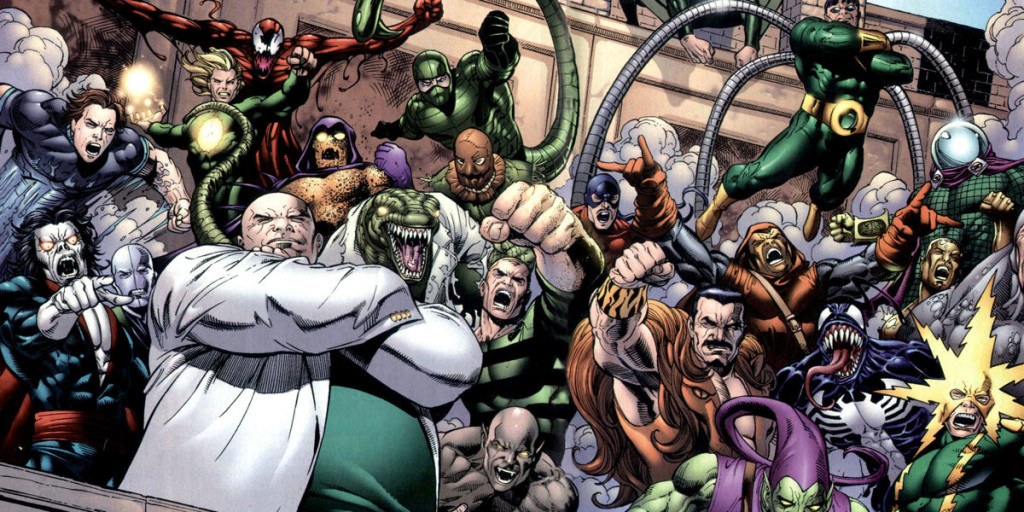 I’ve suddenly been thinking a lot about leadership. Not coincidentally, this started after the recent CBS interview between John Dickerson and the man currently occupying a high place of power in our country.

I had just flipped over from a third attempt to finish Warcraft, so for a second I thought John was having a sit-down with Gul’dan to ask about his death-knights and at what point, exactly, he began referring to himself as “The Destroyer of Dreams.” But no. This awe-inspiring garble was real. A quick switch over to my streaming device landed me mid-cackle, with Green Goblin basically telling Norman Osborn he’s his own greatest creation, bringing him what he’s always wanted: power beyond his wildest dreams. 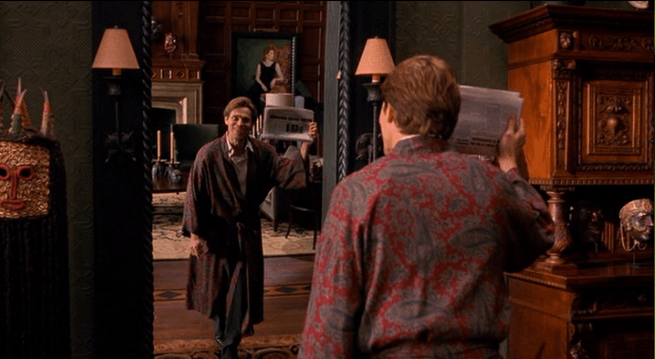 All this villainous gloom made me pause to consider the fate of the hero, those who are meant to inspire or guide us, and how that translates on a micro-scale in our communities. Previously, I’d been caught up considering what powerful leadership means on a grand scale because it looks so…well, terrifying right now, but perhaps that’s even more reason to turn our attention closer to home. I’m talking about the people who play a role in shaping our day-to-day experiences—from city leaders to our boss at the office, our significant others, and even the disinterested person overseeing the perpetually malfunctioning U-Scan terminals at Walmart.

There is an oft-quoted line from Spider-Man we all know and love about power and responsibility, which the films always attribute to Uncle Ben. This line actually made its first appearance in Amazing Fantasy #15 as a realization Peter Parker came to after his uncle was killed: “And a lean, silent figure slowly fades into the gathering darkness, aware at last that in this world, with great power there must also come — great responsibility!”

Power is “the capacity or ability to direct or influence the behavior of others or the course of events.” Responsibility is “the state or fact of having a duty to deal with something or of having control over someone.” But the concept this great responsibility conveys, the idea that those with power also have an obligation to wield it wisely, has long been in circulation.

It may have made its first appearance in 1793 in a collection of decrees issued by the French National Convention, translated roughly to “They must consider that great responsibility follows inseparably from great power.”

In 1817, William Lamb (Lord Melbourne, British Prime Minister) referred to the phrase “the possession of great power necessarily implies great responsibility.” He indicated that government stood in a “high situation and ought to consider justice and truth and the great objects of their labours, and not yield themselves up to their interests or their passions.”

President Theodore Roosevelt wrote in a 1908 letter that “I believe in power; but I believe that responsibility should go with power…”

This old adage describes a belief suggesting that those who hold positions of great influence must also consider the far-reaching consequences of their actions—the human cost. There is a social responsibility inherent in any power that holds influence over the lives of others. Acting from a place of greed, or with a thirst only for growing in power and influence, results in actions that abuse or misuse that power. Naturally, the consequences of such actions are of little concern to those in positions of privilege—those who never have to pay the cost.

We look again to superheroes and our modern mythology to tell the story of human nature. Peter Parker, in a sense, only truly understood the human cost when it hit close to home. Initially, he had no intention of using his superpowers for anything greater than fulfilling his own needs. His uncle died as a result of his inaction—essentially, his ambivalence toward a crime that took place in front of him. If some other person had died as a result, would it have had the same effect? Would he have still become Spider-Man? In this case, the events that took place were very personal to him; they shaped him into a superhero. It was a great burden he carried, one he frequently wished to set down. But the responsibility he felt to a cause larger than himself, knowing that he had the means to effect positive change in the lives of others, led him to carry on, even at great personal sacrifice. 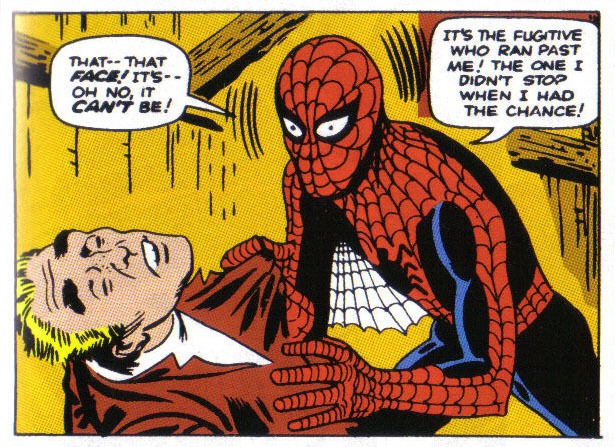 Joe Magee, a power researcher, and professor of management at New York University, believes that power liberates the true self to emerge. In an article published by the The Atlantic entitled, “How Power Corrupts the Mind,” researchers suggest that the powerful are less likely to take into consideration the perspectives of others.

Great power also tends to isolate. The greater the distance grows between those in control and those in subordinate roles, the greater the disconnection from consequence. It is easy to blind yourself to the results of your actions if you are never exposed to them. If you never have to see the death caused by your bombs, or the starvation, ruin, poverty, and ill health brought on by your policies, then you are far less likely to internalize the suffering of others. If you exist in a bubble, if your pedestal is too high and your sense of entitlement, too great, you may no longer see the truth—the truth about the world, but also, all-too-often, the truth about yourself.

Effective leadership must involve at least some degree of connection to the people being led. The most successful leaders also maintain this connection with themselves—possessing an ability to take an honest self-inventory. Good leaders also hold themselves accountable for errors and gross misjudgments in order to learn from them, and it is critical to be able to admit your own flaws and weaknesses. That also means knowing what you don’t know, seeking the counsel of others, and learning as much as you can about the world you will be influencing. 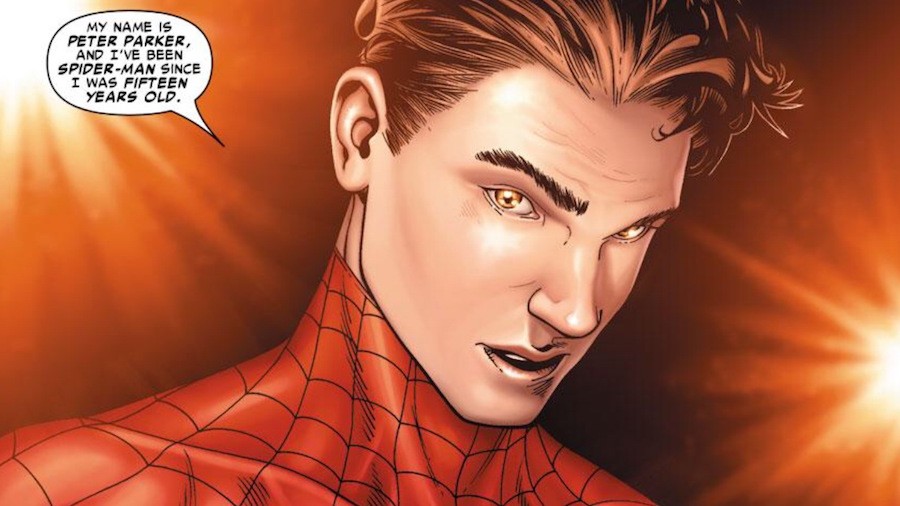 Indeed, leaders must make “tough decisions” when there is a human cost, but we must also realize that there is a human cost in almost everything we do. Every interaction has an impact. That means we each have power. Each of us, every day, influence the lives of those around us, albeit to greater and lesser degrees. But because so few of us ever really get to see the scope of our influence, we are careless in how we wield that power. We are careless with our words and careless with our actions.

There are those with power who use it as a means to inflate their sense of self-worth—the bullies, the armchair activists, the religious or political leaders who engender trust and then use that position in an abusive manner, those who prey on the desperate and underprivileged in order to inflate their position, their wealth, or their ego.

We can do better. We must do better, starting at the local level. We must care for our own because those who are at the very top, those who stand by nothing, will not stand by us. We must be the superheroes in our communities, the role models for our children, and understand that this power to do good is within us all. This is what has the potential to make us great—not power itself but what we choose to do with it. 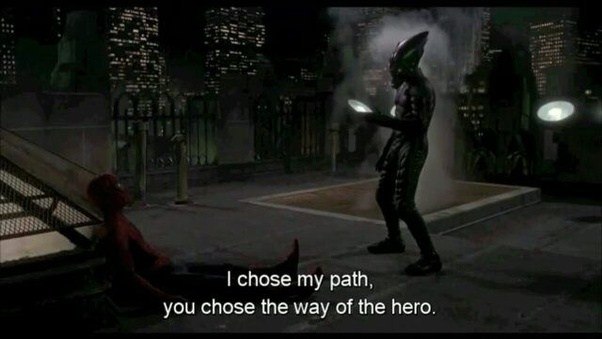 Although I tend toward the highly cynical side of the spectrum, where it often seems this power within us cannot stand against the greater villains of the world, I still believe that we must direct it the best we can. Even if we can only be a shield between destructive forces and our children, or those who are victimized, oppressed, or rejected, we may be able to transform some of the sufferings in this world; we may be able to create positive spaces, educate, uplift, and help others to realize their strength.

These are our neighborhoods, our cities, the places where we live our lives. We can’t turn away. We can’t give in to the illusion that we are powerless simply because we are told by our adversaries that we’re no match for them. Alice Walker says, “The most common way people give up their power is by thinking they don’t have any.”

But we do, and, as Peter Parker once realized, with it there must also come — great responsibility.