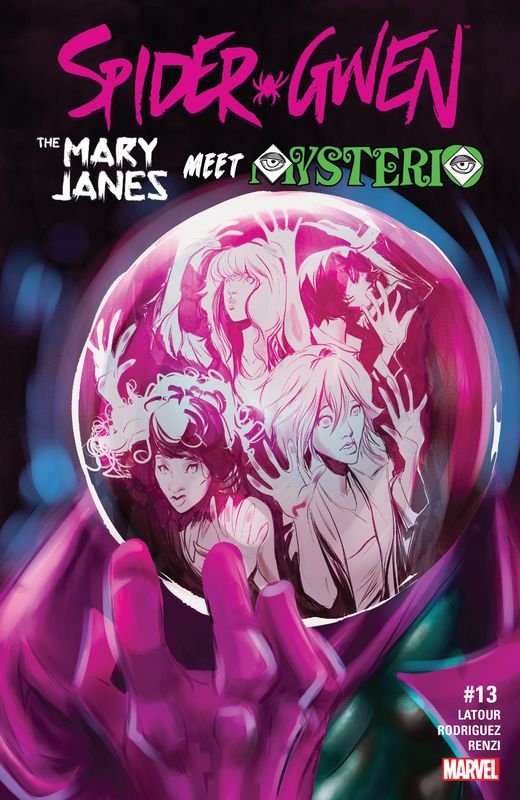 Nah, fam. Spider-Gwen is on its 13th issue, not to mention the 5-issue series before the character was restarted at #1, so it should be afforded an issue like this. It should be able to have a playful standalone Halloween episode. It’s earned it. But… nah, fam. For those who can appreciate moderate fillers for extra insight into a character, or exposure to the supporting cast, or just a light isolated adventure, Radioactive Spider-Gwen #13 will fit the bill as a fun story that captures all three. For others though, the first issue after the “Weapon of Choice” arc will read like the moment Switch looked down on Apoc’s body on The Matrix as you feel abruptly removed from the stakes of Gwen Stacy’s real adventure for a side mission you’d rather pass if only you’d known.

“Night of the Living Dread” gives us a closer look at The Mary Janes, Gwen’s band named after the Earth-65-edition Mary Jane Watson. Although this type of issue is rarely my jam, I appreciate the emphasis given to Gwen’s friends here. A shortcoming of the series for some time now has been the lack of strong supporting characters – those who love our protagonist, bring out different parts of her personality, and reflect how we might feel as characters in her life. We’ve seen what it can look like when done well, with Spider-Women Omega in particular, so issues like this one definitely serve to begin doing the same with non-superpowered friends. 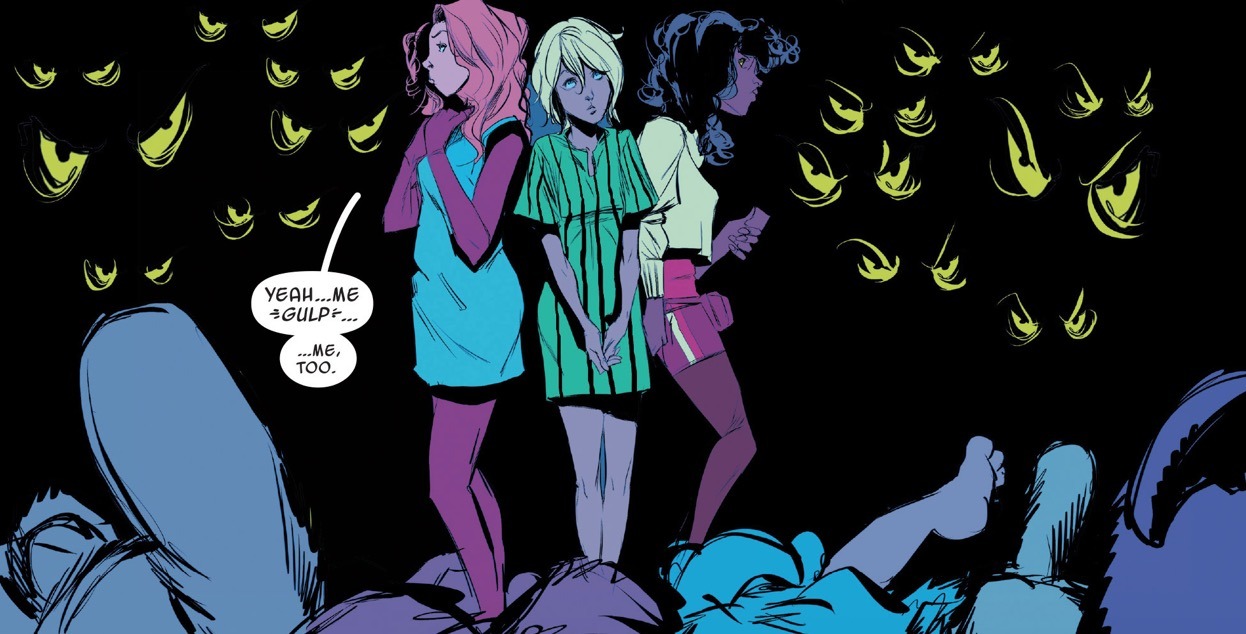 In that way, “Night of the Living Dread” serves a great purpose within the series; still, that development will be more meaningful when it is finally integrated into a plot with higher stakes, which will hopefully happen in the future now that we’re better introduced to the Mary Janes and their relationships with both Gwen Stacy and her alter ego.

Overall, this issue may work for some as a lighthearted divergence from all the other superhero drama Gwen Stacy is in the midst of. If it’s not in your wheelhouse, you can look forward to your regularly scheduled action that should pick up where it left off prior to Halloween, and expect these types of issues to be few and far between anyway. Here’s hoping there’s not holiday issues for Thanksgiving and Christmas.