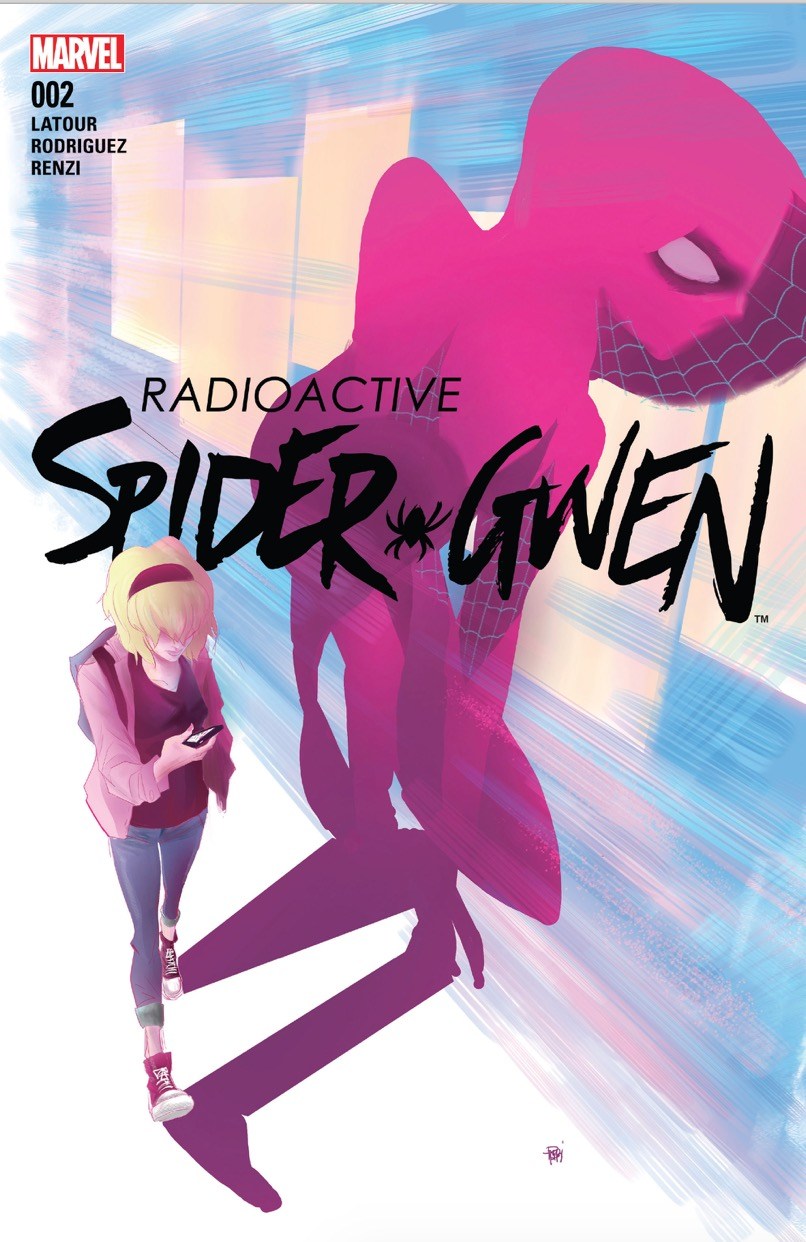 Farewell, Earth-616. You were good for a time, but honestly, I feel like we’ve just run our course. We peaked, you know? You want to know if there’s someone else — well, yes. I’m leaving you for Earth-65. But you’ll always have a piece of my – oh shit, is that Spider-Gwen and – who is that Black woman with her?! Gotta run, the 65 is lit right now. 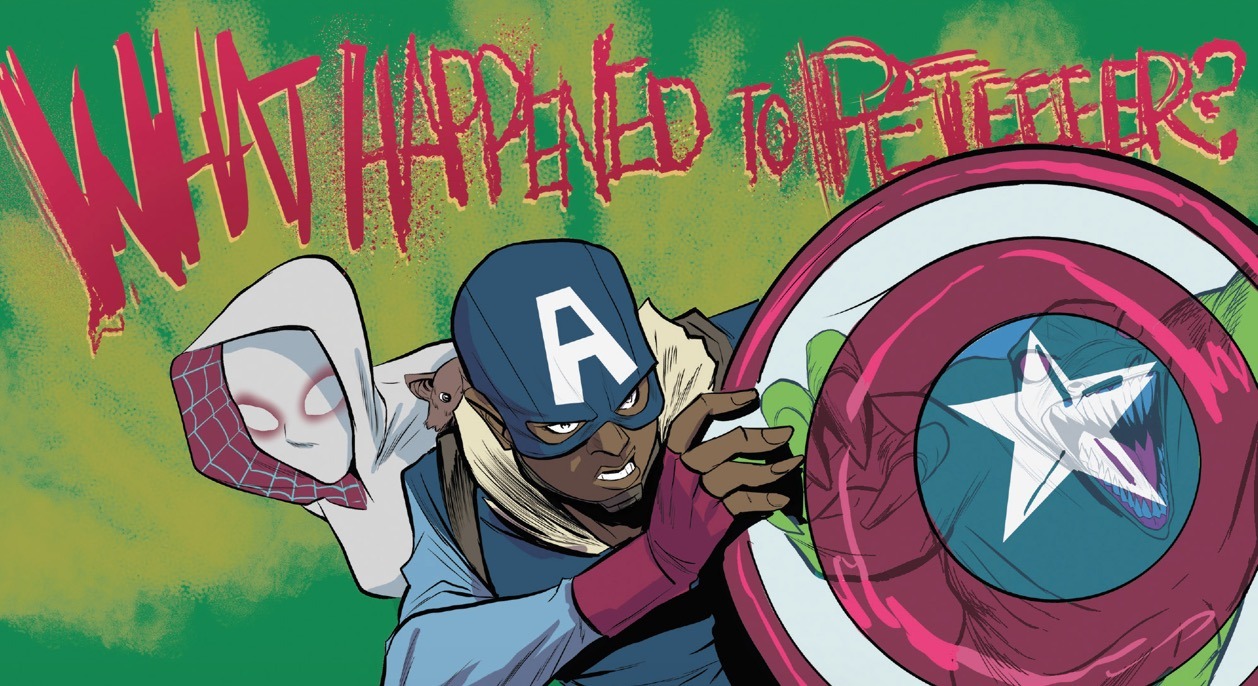 Radioactive Spider-Gwen #2 has heart, action, comedy, and a brand new Captain America complete with alternate universe backstory. Issues like this are why we read comics, and why Gwen Stacy has become one of the most popular new characters in the Marvel universe. We pick up where we left off from Issue #1’s somewhat rocky start, with Gwen in the sewers faced with a small army of lizards, á la the late, mutated Earth-65 Peter Parker.

What follows is an action sequence that is both visually awesome and fun to read. More than anything, it does an excellent job balancing the fun of the action scene with dialogue and exposition that show Gwen’s heart, and some personality from Captain America. Steve Rogers? Nah, we’re past that. Sam Wilson? Getting a little warmer. Ladies and gentlemen, we’re introduced to the Cap running through the 6(5), Samantha Wilson! And her dynamic with Spider-Gwen is nothing short of amazing.

I won’t spoil the backstory of our new Cap – get to know her for yourself, for sure – but expect the general twist of fate that makes her story similar to Steve Rodgers but slightly different, the same was the multiverse gave us a Spider-Gwen so similar yet distinct from our original Spider-Man.

Overall, Radioactive Spider-Gwen #2 was a Steph Curry performance after a bad shooting night: you know there won’t be two in a row. If you haven’t started this series yet, what are you waiting for?