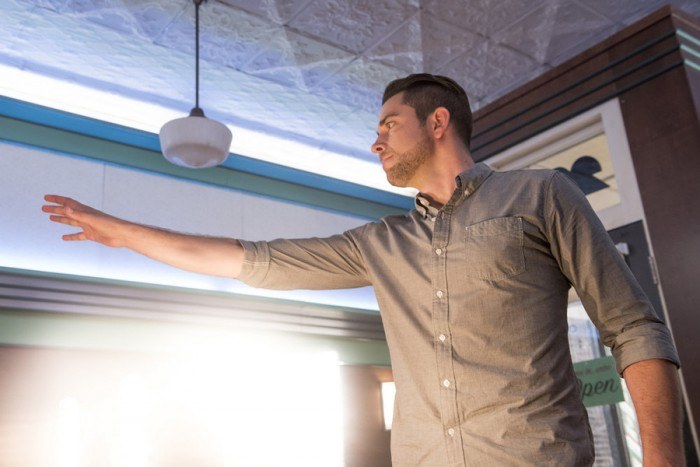 Suresh is on the Intro for track 9 of the 13-song mixtape called Heroes Reborn. Last time we saw Taylor she put mom dukes on blast via Internet and was selling some valuable intel on Renatus because Erica killed her Evo boyfriend and she’s tired of being manipulated. She is kidnapped and questioned by her mother as to who she gave the info to. Taylor is like “nah son!” She passed the test: Her mom isn’t her mom, she’s an Evo that can shape shift! Enter The Haitian stage left. Butterfly number one is this guy still being alive. Turns out The Haitian is a part of an underground “Save All the Evos” group and needs Taylor’s help to save their leader, Micah. Yeah, it looks like the child prodigy from My Wife and Kids will be making his return to the Heroes series. Too bad Erica has him trapped at her brainwashing Evo camp.

Speaking of Evo camp, Carlos breaks into Sunstone Manor with the help of Dearing in an attempt to save his brother and the pastor. He finds them, but they seem to be brainwashed and want to stay. Carlos and Dearing both get caught. They “kill” Dearing off and Carlos meets the director of the camp, Matt Parkman. I appreciated Parkman’s cameo last episode. Now, I really don’t care. But Matt knows Carlos has a secret, so he gets in his head and finds out about Farrah. How valuable that information is I don’t really know.

Luke and Malina are on their way to find Tommy.

Tommy goes to see his girlfriend before heading back to the hospital. When he leaves, Casper enters the ice cream shop to wipe her memory but has a change of heart. Then enter Joanne stage right. 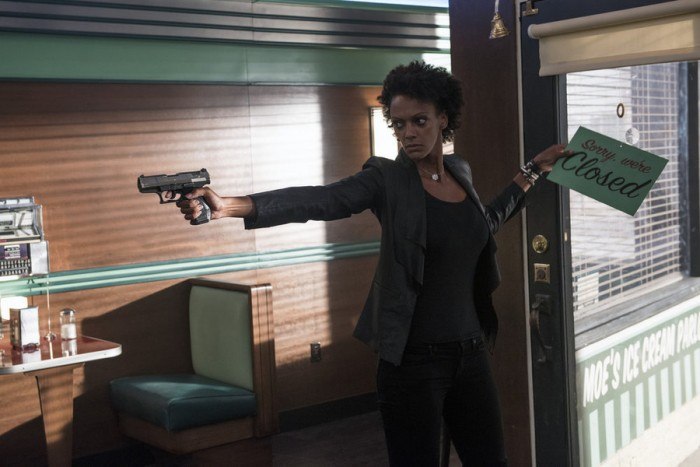 Tommy gets back to his mom at the hospital and is met by his grandfather who gives him the low down on this whole “save the world” thing. Tommy says he’s bout it then dips to get candy down the hall. Quentin rolls up on him like Pac to Omar Epps in Juice, saying “what’s up?” Tommy gets a phone call from Joanne saying she’s gonna kill his girlfriend so he teleports to the shop to try to save her. Quentin goes into the bathroom to kill Tommy only to find he’s not there. Casper is trying to talk Joanne down and tries this surprise 52 pickup attack with pennies that fails and gets him capped. Luke and Malina pull up, hear the shot, and go straight to the ice cream parlor. Luke and Joanne have a stand off. Malina is sneaking around in the back. Casper is dead on the floor and Tommy looks like he’s gonna cry so he stops time right before everybody is about to kill each other. Yes, it is all as crazy busy as it sounds.

Tommy teleports him and his girlfriend back to the hospital to safety. Joanne runs from the crime scene when time starts again because the cops are on the way. While she’s running away she gets picked up by Harris. Luke leaves Malina and also flees from the crime scene. Tommy tells HRG that Casper is dead and they both try to escape but Tommy can’t use his power because Phoebe is there. HRG realizes Q is the butterfly. He can’t do anything, so Q and Phoebe take Tommy to Erica who sits him down and begins to tell him her plan while eating a dinner she killed earlier in the show.

Fast forward 7000 years in the future and Miko is chilling in a desert somewhere. HRG didn’t just step on a butterfly, he did Red Man’s front-facing blazing move from Def Jam Vendetta on that butterfly!

And Suresh does the outro.

Keeping up on Heroes Reborn? Read our other recaps for the season here.