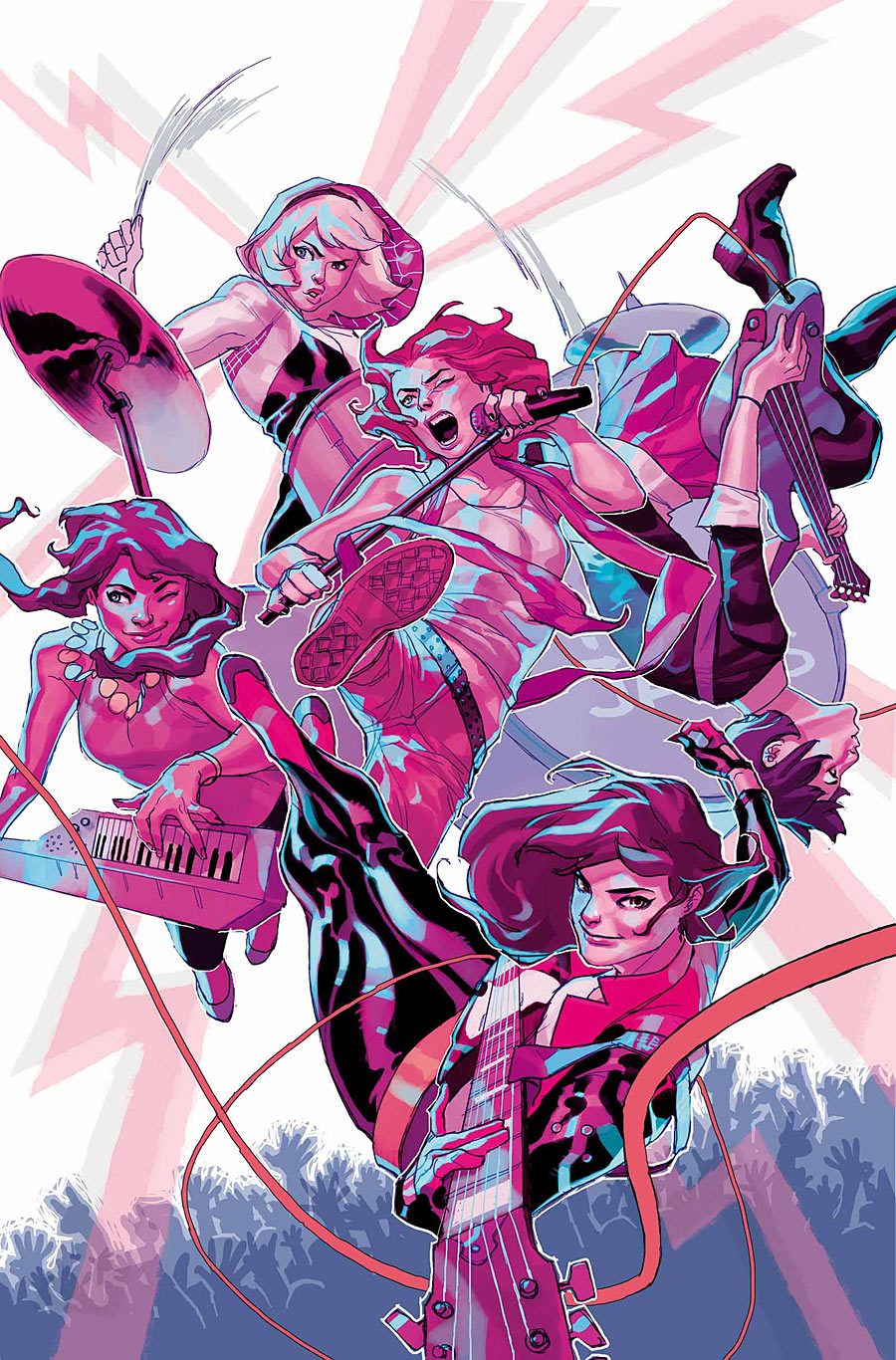 This is how you crossover. As the follow up to the Spider-Women crossover that began one-week prior, Radioactive Spider-Gwen #7 took the rock and crossed-up like Iverson to show us exactly what Spider-Women Alpha can be. And considering how fun this was within an arc of relatively low stakes, the ceiling is high. Spider-Gwen, Spider-Woman, and Silk are an odd trio of sorts – they’re practically representative of 3 different tiers of maturity level – but written with the right dynamic it could be more strength than weakness, and fortunately for fans, including those who were less than enthused about the arc’s initial issue, that’s exactly what we see here. 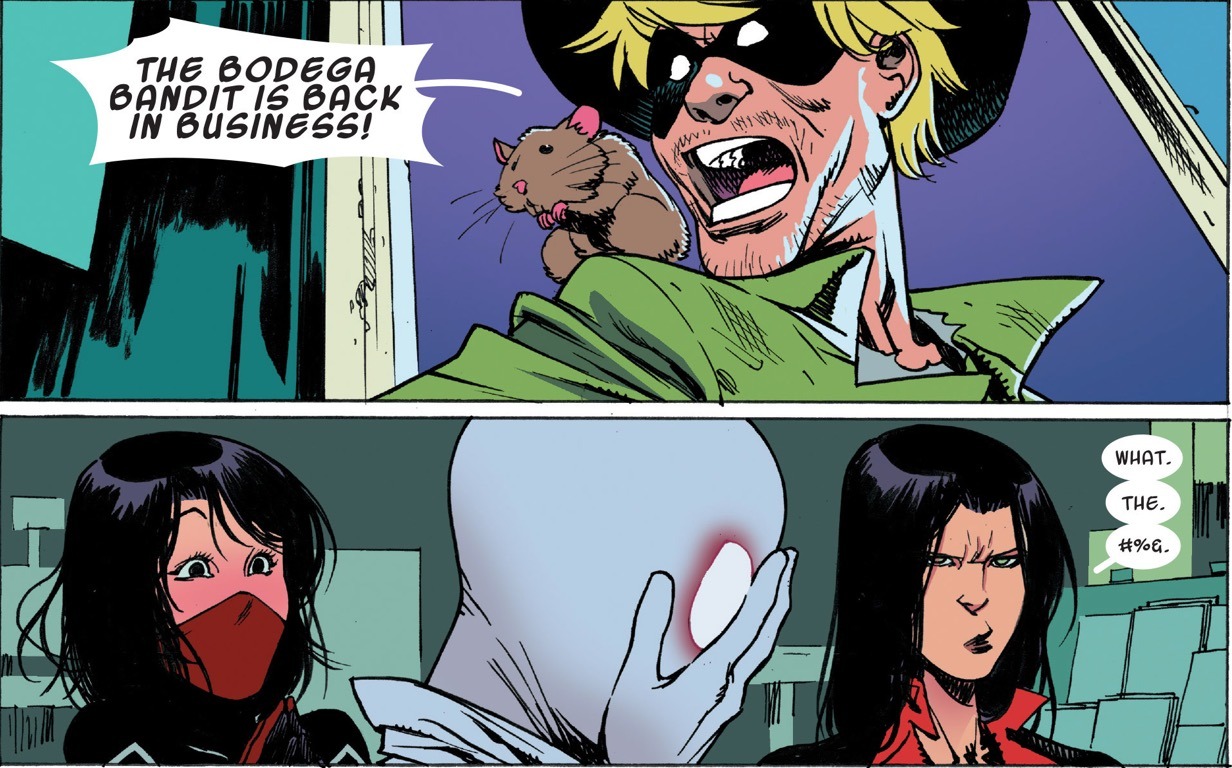 Cindy is immature to the point of juvenile. Gwen is living the familiar life of a young, broke woman in New York. Jessica is a single mom trying to balance life with her newfound responsibility. Where would you ever expect to see such a trio together? You wouldn’t, and the obvious pitfall is to force these three women against each other in a reluctant team-up, a collection of jokes made from generational stereotypes, and the eventual resignation of “I guess we have to work together.” And, to some degree, that’s what this crossover is, yet issues like that manage to pull it off in the most seamlessly fun way, and that’s the magician’s prestige of Jason Latour’s work. 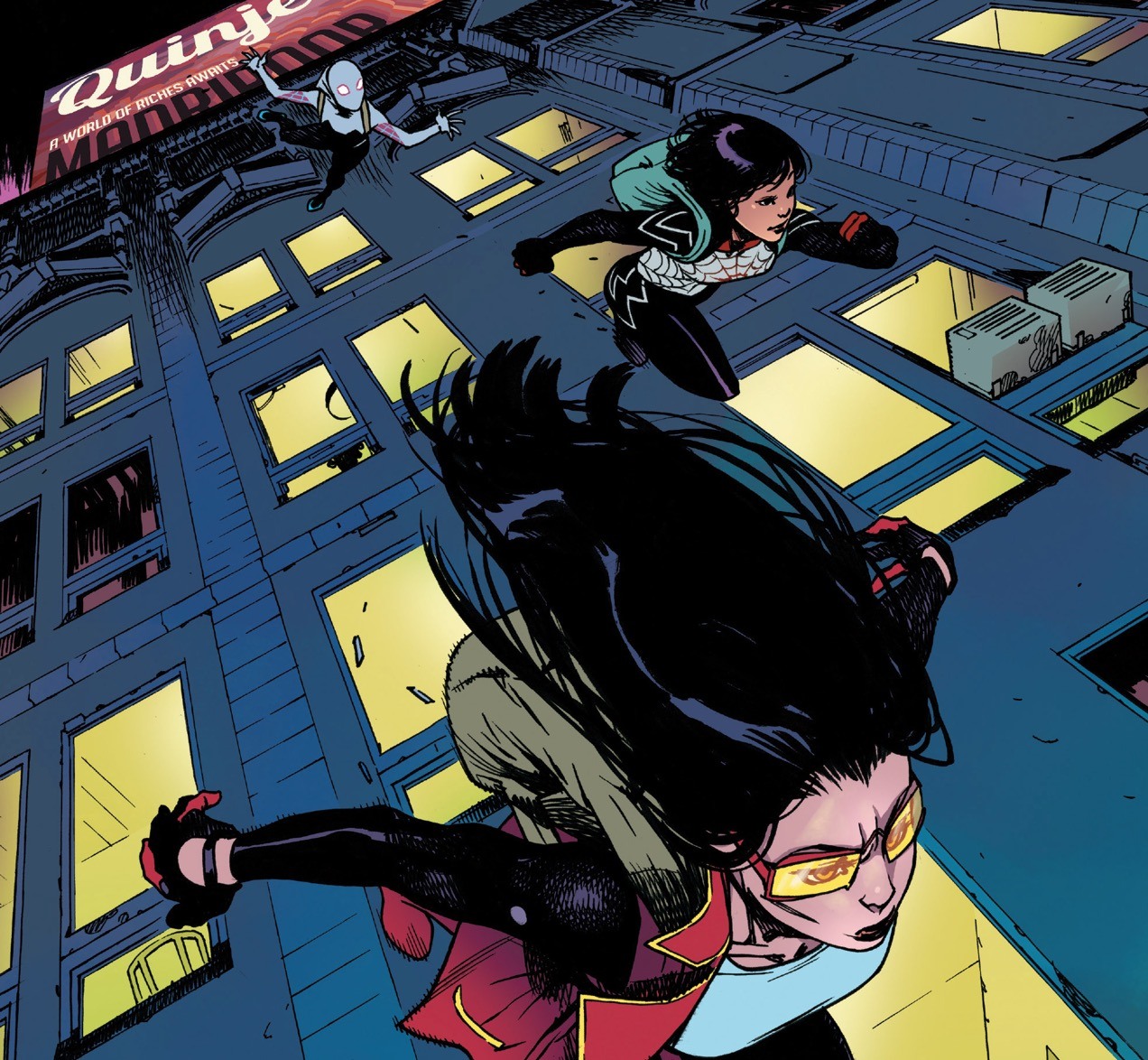 Add to that some great artwork, hilarious scenes, and a diverse inter-dimensional cast, and you’ve got one of my favorite issues I’ve read in a while. If you haven’t been reading Spider-Gwen, get started with this story arc beginning in the recent Spider-Women Alpha. There’s more than enough here to get you excited for this ride.