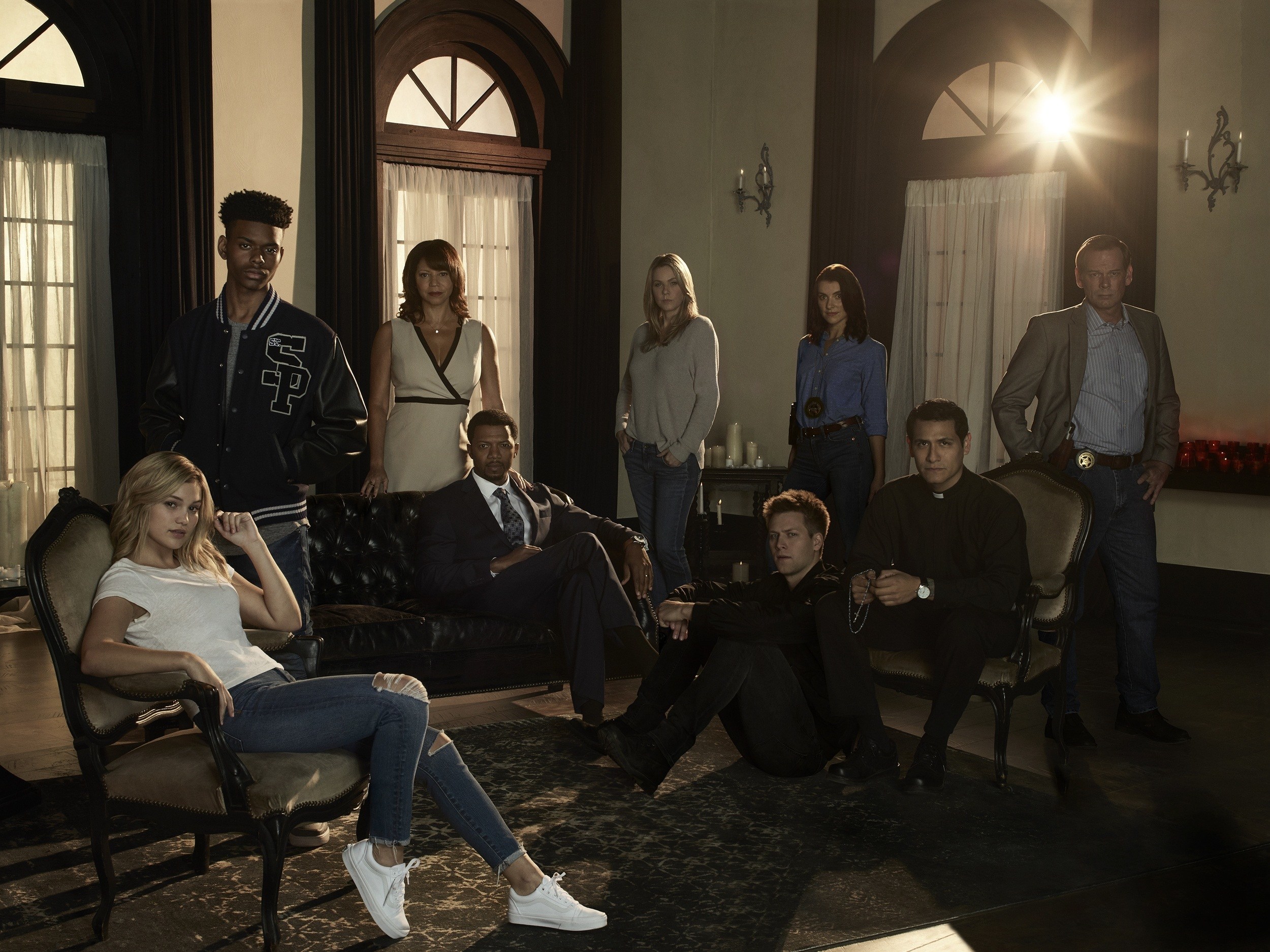 Marvel Studios has been a nearly unstoppable force in the movie industry. With two different movies grossing over $1 billion this year alone, and almost every movie opening to critical acclaim, it’s become a given that every Marvel Cinematic Universe movie will be a success which makes boatloads of money.

Marvel Television’s track record has been a little more mixed. There have been smash successes for Marvel on television, such as Daredevil and Agents of S.H.I.E.L.D. Yet there have also been failures- Agent Peggy Carter and Iron Fist immediately come to mind. Some of the shows have also been uneven, falling into the sophomore slump of middling second seasons. In short, success is not guaranteed for Marvel in the television realm.

In this case, the executives at Disney can relax. Cloak and Dagger, Marvel Television’s newest series, is an entertaining and dark entry to the Marvel Cinematic Universe. I had to stop myself from watching the third episode so that I could write this review.

Cloak and Dagger follows its two protagonists, Tyrone Johnson (played by Aubrey Joseph) and Tandy Bowen (Olivia Holt). Tyrone and Tandy crossed paths as children on a fateful night in their past. After picking up Tandy from ballet practice, her father has a heated phone conversation with someone from his job, Roxxon Corporation. He warns them that their actions could result in a disaster which would destroy the oil rig where they’re conducting experiments. At that moment, the rig explodes in the distance as he predicted. A tractor-trailer spins out on the rain-soaked road, and Tandy’s father swerves to avoid it, sending their car plunging into the water below them.

Meanwhile, Tyrone is tagging along with his older brother as he and his friends plan to steal a car radio back from a customer who stiffed them. Tyrone’s brother abandons the plot, afraid to get in trouble again. Tyrone steals the radio himself and brings it to his brother. His brother decides to return the radio when the police spot them. After a brief chase, the police corner the boys on a dock. A white officer with red hair and a scar on his face (J. D. Evermore) is pointing his gun at Tyrone’s brother when the rig explodes. Startled, the cop shoots Tyrone’s brother twice, sending him falling backwards into the water. Tyrone jumps in after him to save him, but it’s too late.

Tyrone and Tandy are slowly drowning when a second explosion emits a shockwave of light that ripples through the water and incapacitates them both. When they come to, they reach out desperately for help, until they somehow cross the great distance between them and grab each other’s hands. Later, the audience learns that both children miraculously appeared on a beach in the distance, away from the accident. 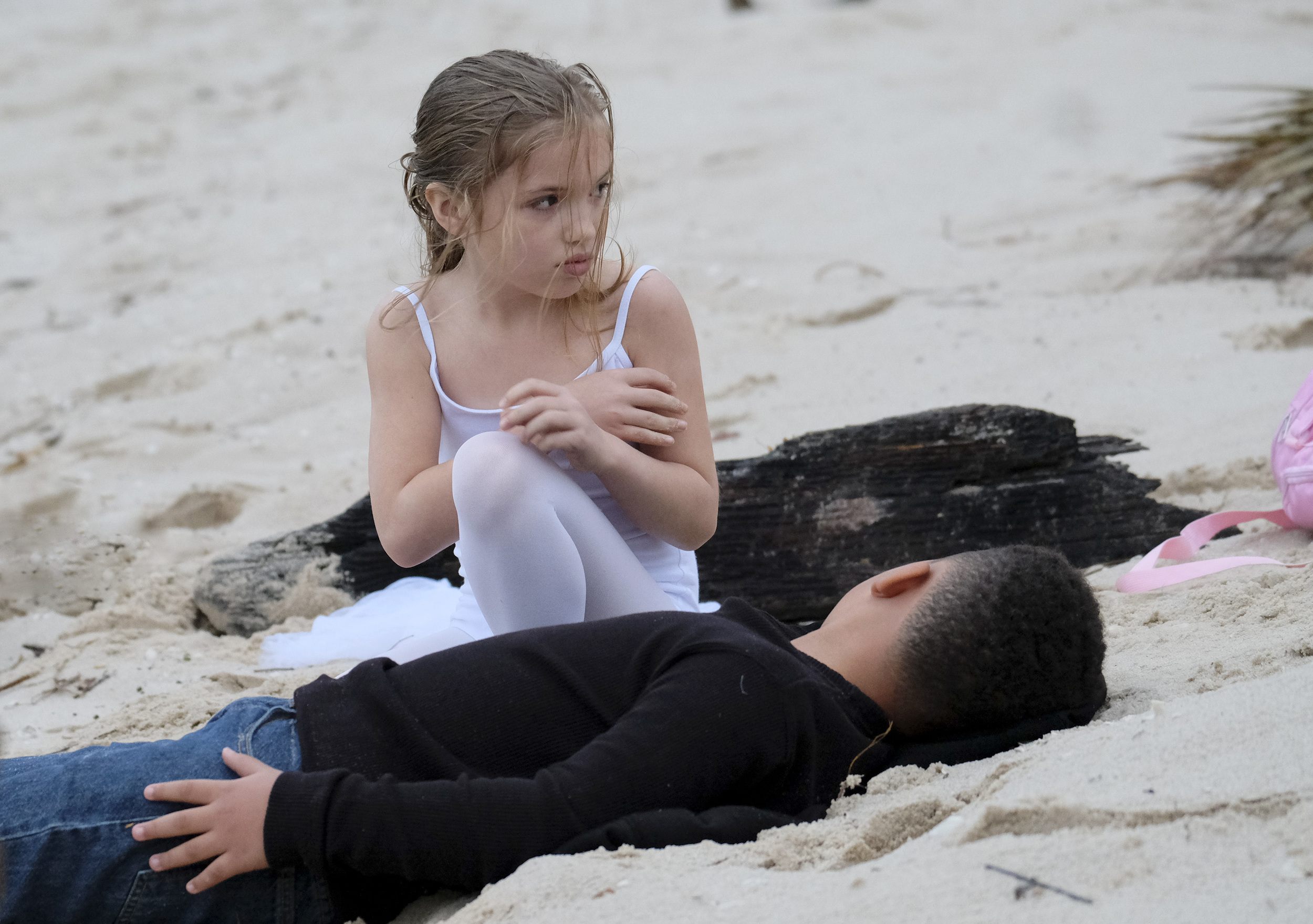 The story moves to several years later, and Tyrone and Tandy’s circumstances have changed dramatically. The audience is reintroduced to Tandy as she seduces a man in a nightclub. Back at his place, she drugs the man so that she and her boyfriend Liam (Carl Lundstedt) can rob him. Since her father’s death, Tandy has grown into a pill-addicted thief. She sleeps in an abandoned church at night, hiding the fact of her homelessness from everyone, including Liam.

We see Tyrone again as well, engaged in a close high school basketball game. After a series of hard fouls from the other team, Tyrone punches another player and a brawl ensues. His disappointed parents send him to his room after the game, where Tyrone puts on his headphones to drown out the sounds of his parents arguing with each other. 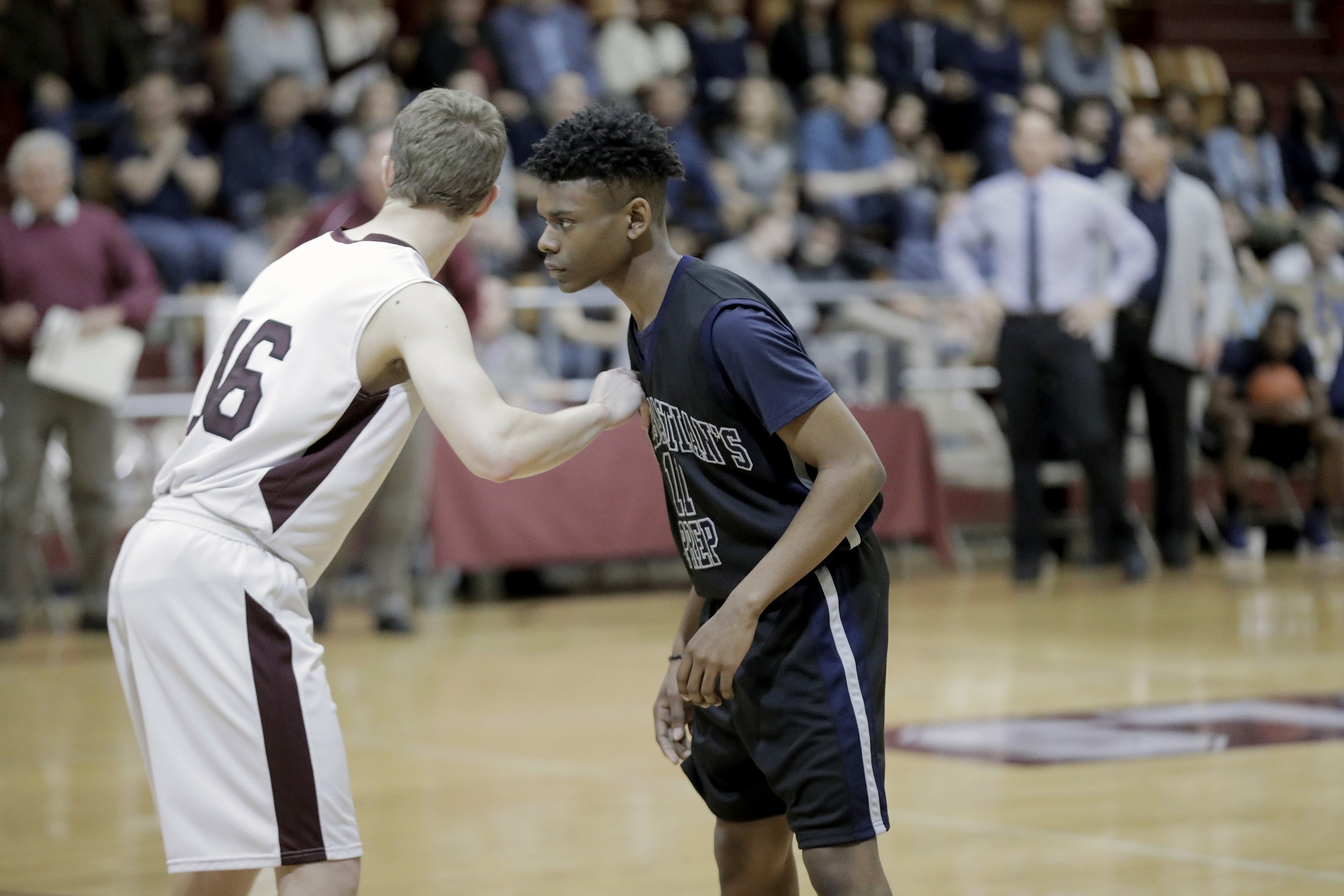 Tandy and Tyrone cross paths again in the present at a party in the woods. Tandy bumps into Tyrone, spilling her beer on him. She apologizes, and after some small talk, she offers to find something to clean him up with.

Tyrone quickly realizes that he’s been scammed when he finds his wallet is missing. He chases Tandy into a graveyard, and when he reaches out and grabs her hand, a bright flash knocks them backwards. When Tandy sits up, she sees an iridescent light coming from her hands. Tyrone sees a black mist emanating from his own. As they marvel at the strange events, they recognize each other from the beach years ago before Tandy runs away. 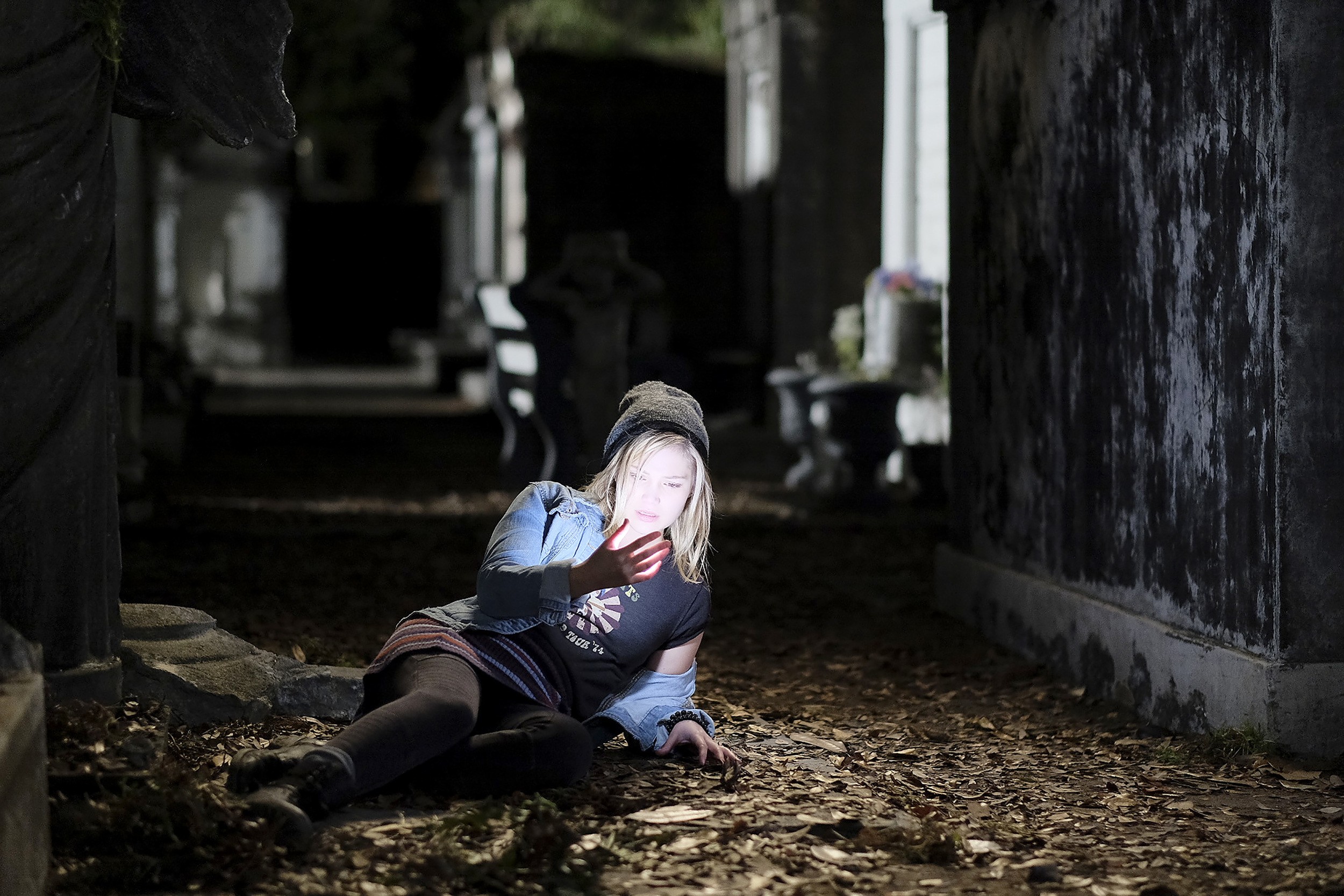 Touching hands activates the powers that Tandy and Tyrone received from the explosion, although it’s not clear what those powers are. Tandy’s powers allow her to see the past, when her parents were happy together and also a possible future where she marries Liam. They also allow her to generate blades of light, such as when she stabs the man she robbed after he tracks her down. Tyrone’s powers are just as confusing- he teleports to seemingly random places at random times. He has visions as well, although his seem to deal with fear and death while Tandy’s focus on happiness.

Where much of the rest of the MCU relies heavily on the big name firepower of Marvel’s better known superheroes, Cloak and Dagger is based on a series of Marvel Comics which may be unfamiliar to the average television viewer. That unfamiliarity works in the show’s favor. The audience can empathize with Tandy and Tyrone as they encounter and try to understand their powers without feeling that the show needs to rush to the “good part.” Cloak and Dagger is an origin story to be sure, but it’s an origin story for characters most of us haven’t encountered before. That lends a freshness to the proceedings and an air of true mystery.

Cloak and Dagger is also helped by the strong leads. Aubrey Joseph and Olivia Holt both convey the frustrations of teenagers watching their families struggle in the wake of tragedy. The story follows them both very closely, which makes their great performances even more crucial in holding the audience’s attention. The majority of the supporting cast revolves around them, with varying degrees of success. Both Tandy’s and Tyrone’s parents sometimes come across as stereotypes of a neglectful drug addict and hard-driving professionals respectively. The other cast members haven’t been given much attention yet, which is to be expected in the first two episodes of a new series. 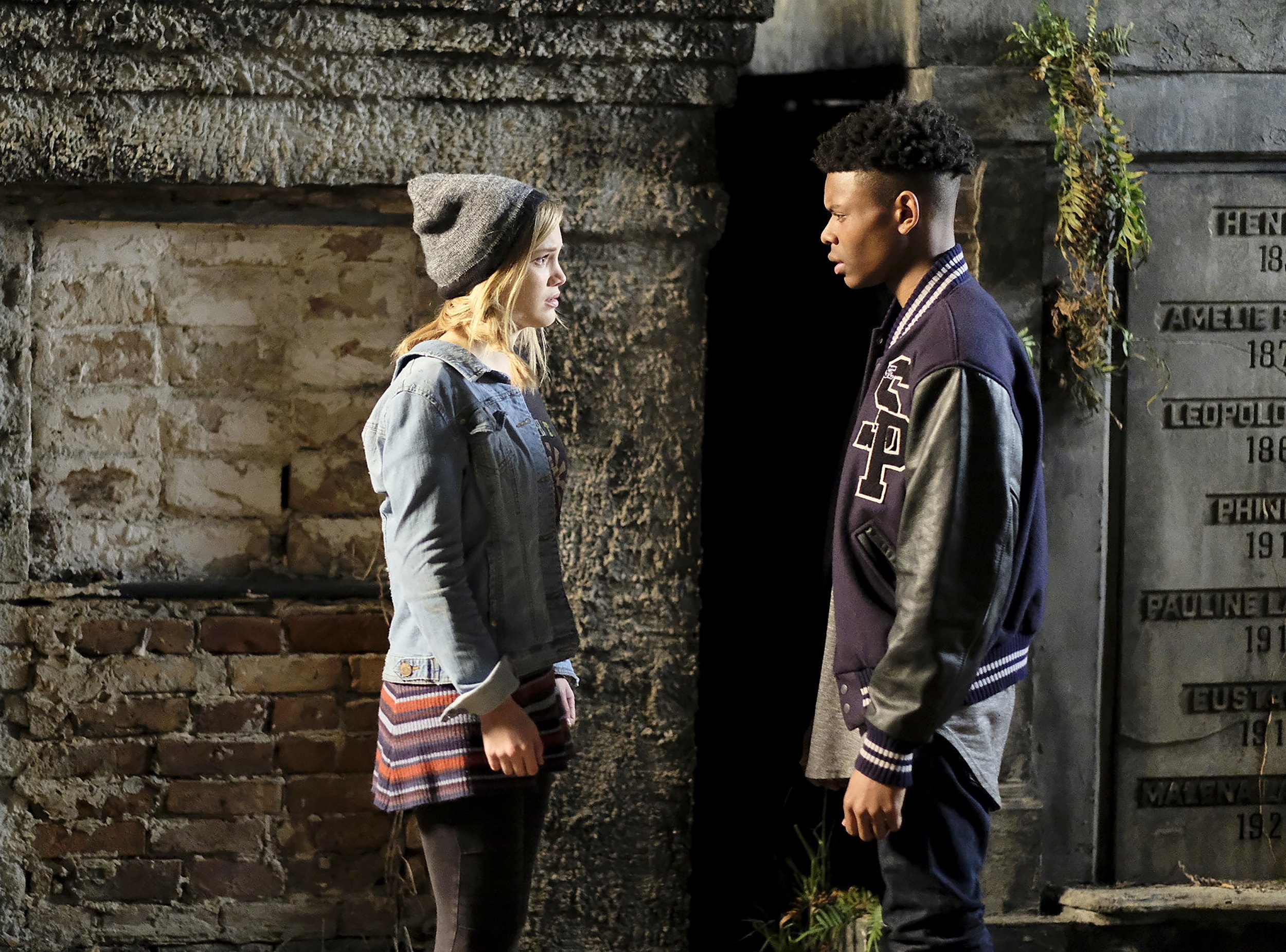 Cloak and Dagger can be heavy-handed at times, especially as it attempts to establish the context which Tyrone and Tandy live in. The camera lingers overlong on shots of alcohol and drugs when Tandy interacts with her mother. Cloak and Dagger also skips over establishing consistent characterization. We’re shown the end result of Tandy and her mother’s downward descent over and over, yet that descent isn’t dramatized on screen. There’s a flashback where Tandy’s home is seized and nameless men in suits from the Roxxon Corporation tell Tandy’s mother that her father is being blamed for the oil rig accident. In that scene, Tandy’s mother takes a pill in front of her. But it’s a long journey from one pill to snorting cocaine in the middle of the day with a married lawyer in terms of dramatization.

The same is true for Tyrone’s life. In the opening flashback, Tyrone and his brother are seen in a typically nondescript ghetto, doing typically nondescript ghetto things. Somehow, Tyrone  seems like an old pro at breaking into vehicles at his tender age. How do those images square against Tyrone’s present day, where his parents are high-powered professionals and he attends a private religious school? Honestly, they don’t. Aside from a brief scene where Tyrone’s father talks about how his mother saved their family after his brother’s death, there’s no connectivity between Tyrone’s past and his present. It felt like the writers set Tyrone’s brother’s death in a ghetto during the commission of a crime because that’s the only setting they can imagine an innocent black boy being killed by the police in.

The disconnected nature of the exposition leads to the first two episodes’ other problem: an odd sense of pacing. Cloak and Dagger spends a lot of time explaining the immediate problems that Tandy and Tyrone face without establishing the larger world they inhabit. There was plenty of time to show the Bowen family’s descent and the Johnson family’s ascension, but those opportunities are squandered by miscellany such as Father Delgado buying alcohol and Tyrone getting jumped by his teammates. Then there are the strange, dialogue-free scenes where an unnamed cop is on Tandy’s tail (played by Emma Lahana). 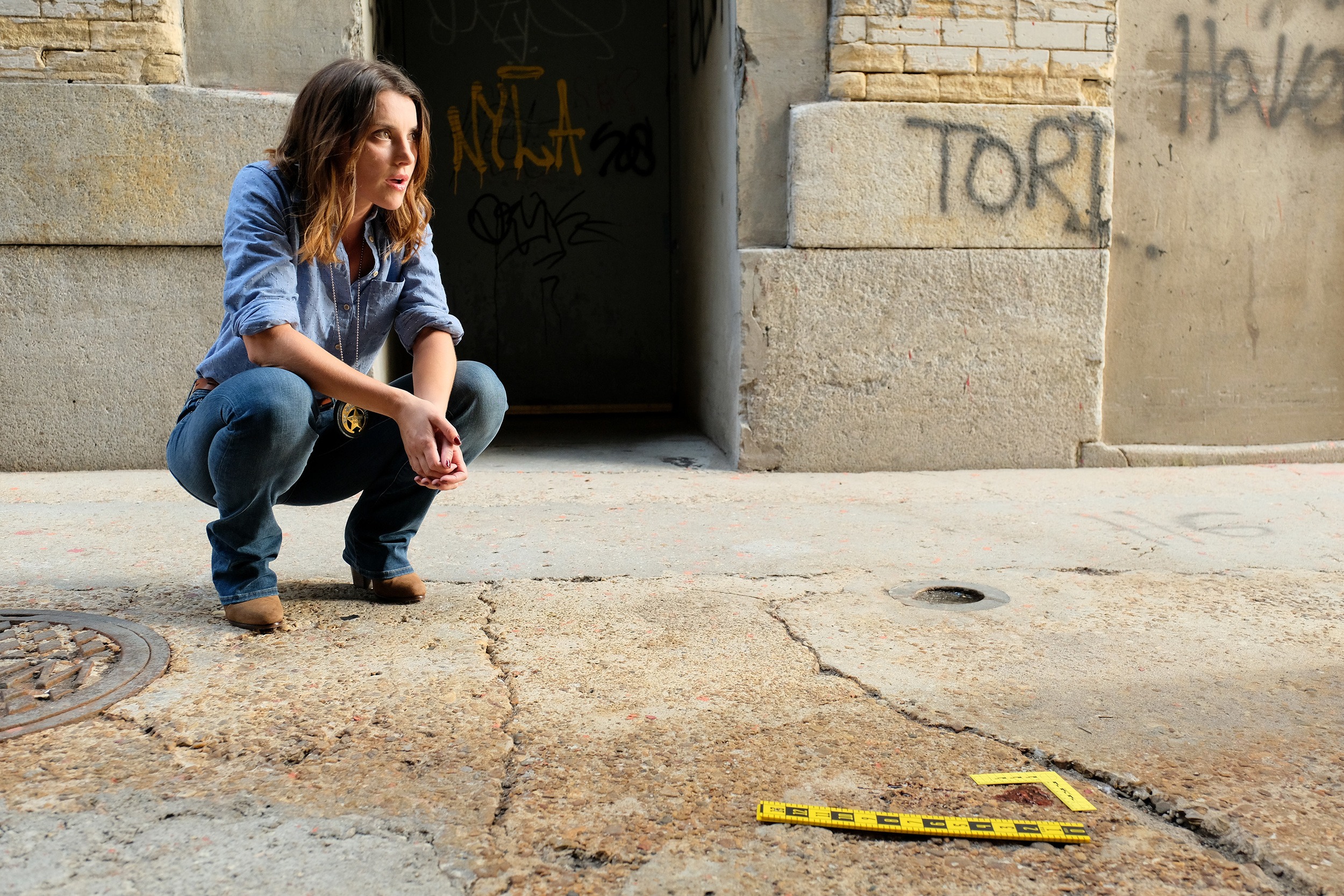 Any of those moments could have been used to more fully flesh out the important information the audience needs. After two episodes, I still needed answers for even the most basic questions. What is the Roxxon Corporation Mandy’s father worked for? What exactly are Tandy and Tyrone’s powers? Why are they called Cloak and Dagger? These questions will obviously be answered at some point, but we could have gotten some more clarity.

With all of that said, the bottom line is that I really enjoyed Cloak and Dagger. I’m intrigued by the mystery around Tyrone and Tandy’s powers without feeling overwhelmed by “What a twist!” machinations. Aubrey Joseph and Olivia Holt are attractive, energetic leads and I like seeing them on screen. There have been pleasant surprises- Liam is a character that I expected to be a skeevy boyfriend, but his love for Tandy is genuine. I want to know if he’ll find out about Tandy ignoring his plea for help, and how he’ll react. This is Tyrone and Tandy’s story though, and with eight episodes left in C&D’s ten episode season, it’s going to be a fast and fun ride.