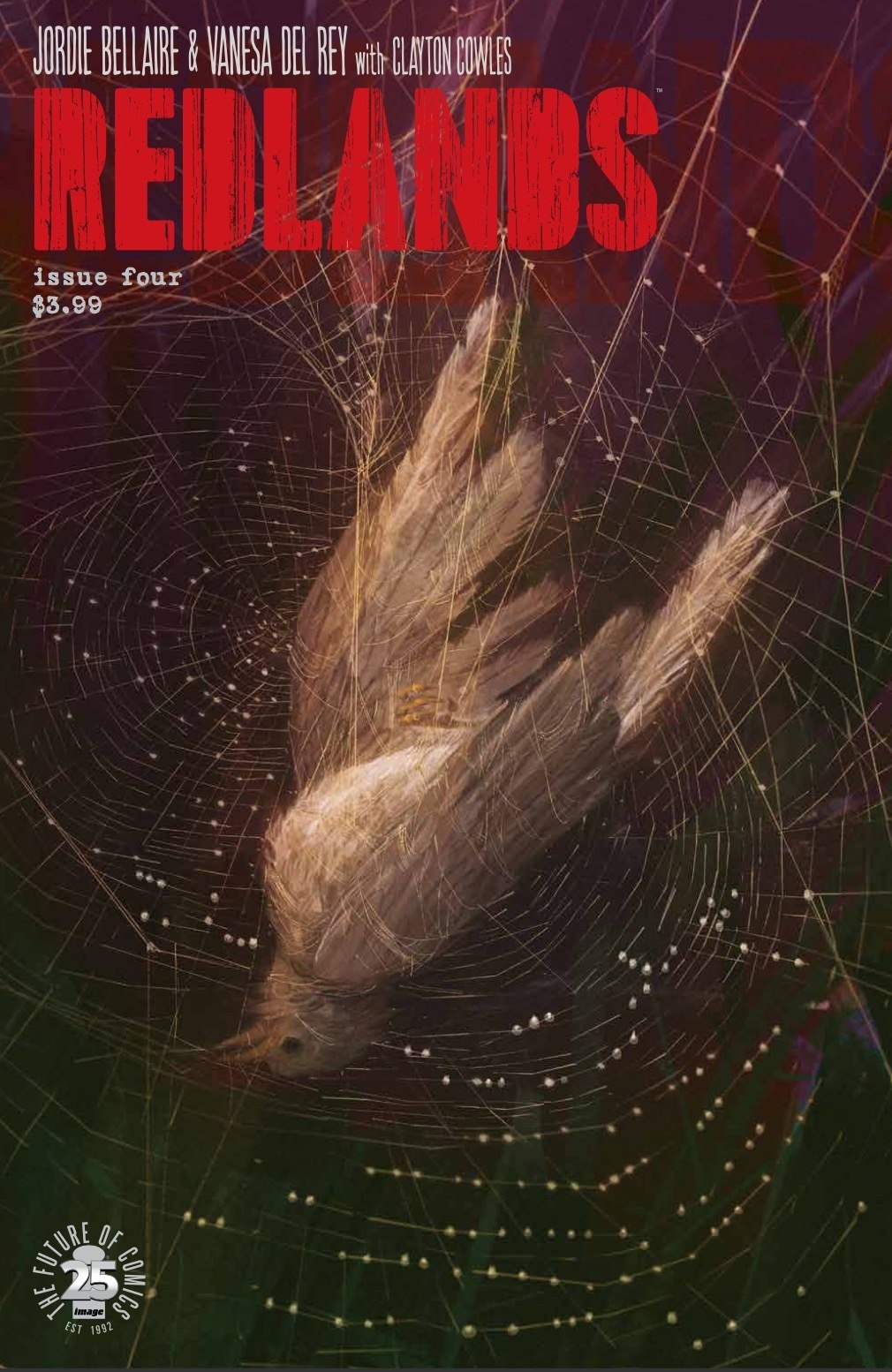 Try naming your favorite thing about Redlands. You’d be hard pressed. Newly noteworthy in this issue though is the establishment of our pace, now four issues into the series where we pay attention more to the characters and their dynamics than any expectation of a jump scare or horrific murder. The allure is in the mystery of the setting: what happens in Redlands, Florida? And how many people know? How deep does the supernatural go in this small swamp town? Answers are given sparingly, but given nonetheless as we learn more about our three witches and the lives that surround them now and in the past.

In issue #3 focused on Bridget, and now in #4 we turn to Ro, who we learn has an adoptive daughter who may be less a regular daughter and more of something else completely. What that means, we’re yet to know. Their moment is precious though, and cleverly self-aware.

We spend more time with Ro as well, who introduces us to a new character, someone from her past who appears to have a recurring role in the Redlands police station as a heroin abuser. Even more interestingly though, this person widens the scope of the supernatural in our story as we learn why she abuses in the first place – to mitigate the curse of being able to see the dead.

Artistically, the loose drawings continue to work for the tone but can be particularly ugly in parts of this issue – “ugly” not necessarily being a bad thing given the feel of this comic, just a reality of the style and tenor. It evokes a sense of realism with everyone looking like actual people of varied sizes and aesthetics, rather than everyone being a small-waisted model or barrel-chested man, which lends itself to the feel that this is a real town, somewhere, with an eerie history of secrets and unexplained death.

Overall, Redlands #4 is another lure that continues to pull you in. This isn’t a fast comic but nor is it slow – this horror has a pulse, and that rhythm is perfect.