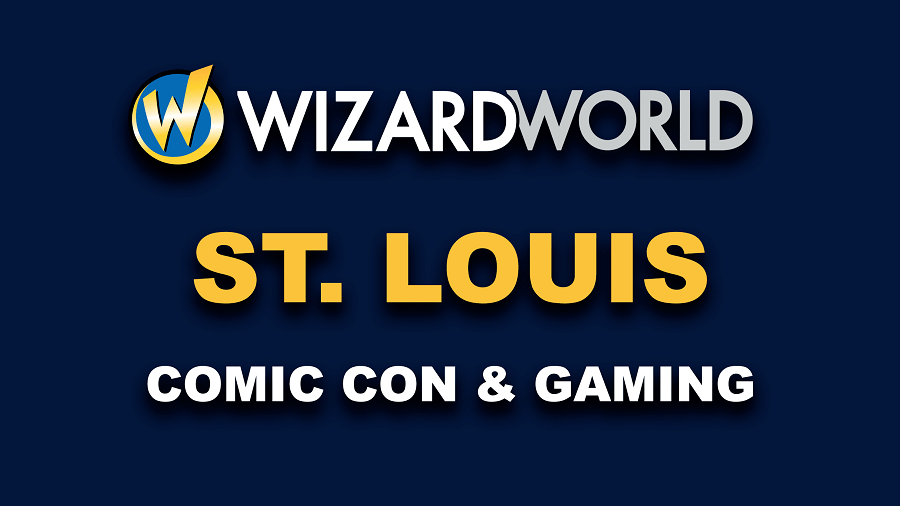 In 2018, I went to my first Wizard World in Downtown St. Louis at the America’s Center. It was my first ever con going experience, and I made an attempt to consume as much of the con experience as possible. As the days ticked by, I got to witness some pretty special moments.

Reporting Live from #wizardworldstlouis / #wizardworldstl . This is ChimericNotion from @blacknerdproblems and I am wandering the floor on this lovely Saturday. Let's see what we'll find.

Fast forward to last week, April 5-7, I found myself in search of a different experience. I entered the Dome and started wandering the floor, walking through the typical signing booths and vendors before I found my place in Artists’ Alley. One of the joys of the comic convention is stepping away from the main stages and finding the intimate spaces of an artist at their booth. And this year, between all of the new artwork I picked up and the presentations I saw on Wizard World’s Creative Stage, I thought I’d share some of the treasures I picked up from some cool nerdy folks who congregated in the Midwest.

Sometimes you walk into a con and uncover a piece of history you weren’t previously aware of for some reason or another. For this Wizard World, I managed to stumbled on to Arvell Jones, an artists who has done work for Marvel (mostly during the 1970’s), DC Comics (mostly during the 1980’s and most famously for All-Star Squandron), and DC’s Milestone Imprint. He was happily sketching away at the con, and as I flipped through, I managed to find a Superman sketch that I instantly fell in love with.

#wizardworldstlouis / #wizardworldstl Met Arvell Jones and fell in love with his Superman sketch. Had to circumnavigate downtown to find an ATM, but it was worth it.

Bun Leung’s booth caught my eye, largely because his offerings were different than the rest of floor. Small stickers, post-cards, and framed pieces with white backgrounds made his art pop out.

Leg 3 of my 3 legged #contour #wizardworldsaintlouis #wizardworldstlouis bout to kick off…. find me in #artistalley A41 !!!!

I appreciated the chibi nature of his art and the mash up with other pop culture. I ended up gravitating towards Bats and Supes because I’m still incredibly predictable, but I will say that his My Hero Academia/Friends mash-up was surprisingly endearing (my ambivalence for Friends notwithstanding). The vector art style has a unique flair and crisp lines that make for fun stickers.

Nate Jones is a St. Louis local artist and one who I have consistently been paying patronage towards for almost three years. His unique blend of text art and portrait are unlike any other images I’ve seen floating around and are exceptionally motivational.

I have his Joker, his Rick, his Morty, his James Baldwin. And this year, I added his BoJack, his Blade Runner, and most importantly his Miles Morales to my collection.

Easily the most unique trinket I got from Wizard World was courtesy of Twisted Wire Art, which produces exactly what it sounds like: wire twisted into art, in this case various figures from pop culture.

It’s a fun little guessing time recognizing the abstract representation of various icons and as odd as they look, their distinctive visual characteristics give them an undeniable charm, especially when being held by cosplayers.

Kevis, the Ohioan artist who was dutifully twisting at the booth, mentioned the smaller pieces took about two hours to create, but some of the larger ones not pictured took upwards of eight hours, but you have to admit, it’s a pretty impressive end result that you won’t find everywhere.

#wizardworldstlouis / #wizardworldstl I was originally just gonna get The Batman Who Laughs Wireframe, but once @twistedwireart21 showed me the ones with the Robins… Well. Y'know

The last artist I saw predominantly on the stage was Derek Whitaker. Armed with a canvas and spray paint, Whitaker’s canvases were just dropped dead gorgeous and fitting tributes to various characters. I personally ended up snagging one of his Mewtwos, both one of my favorite Pokemon and mains in Smash. His work speaks for itself with the clean lines and beautiful contrasts.

Not every artist I saw was out on the Artists’ Alley. Wizard World’s Creative Stage was set with two screens, a project, and a respectable number of chairs for audiences to sit and listen to various professionals talk shop. On Saturday morning, I managed to catch Mostafa Moussa talk about his job as an inker, one of those jobs in comics that tends to fall by the wayside when it comes to artist credits. 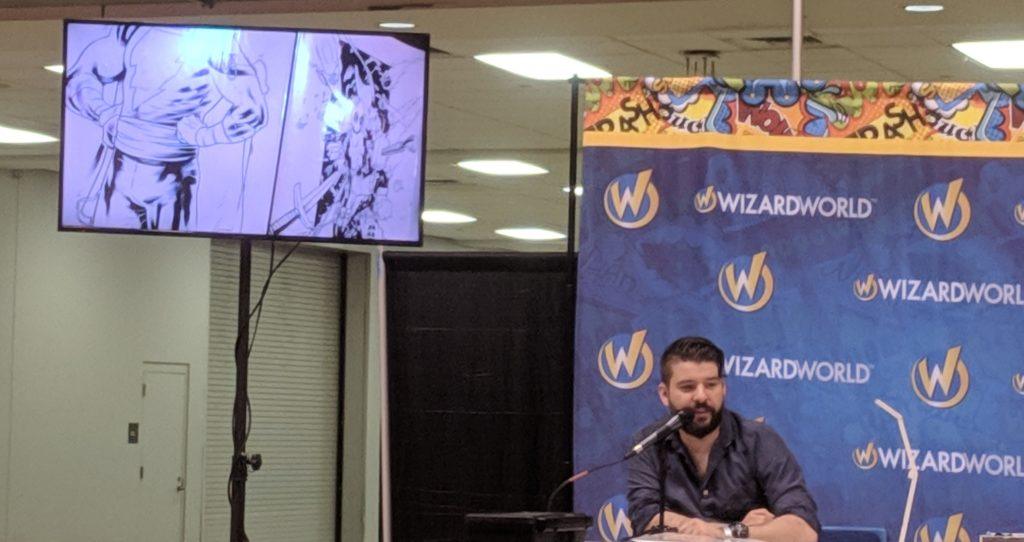 A traditional inker, Moussa talked about how he started his career at 19 and the different techniques he used when approaching a new page. He joked about his preference of non-digital ink and how he was able to get more personal with his pens, even if it was just for a blade of grass that most people pass without a second glance. His talk was candid and gave a great perspective into the life as an inker. 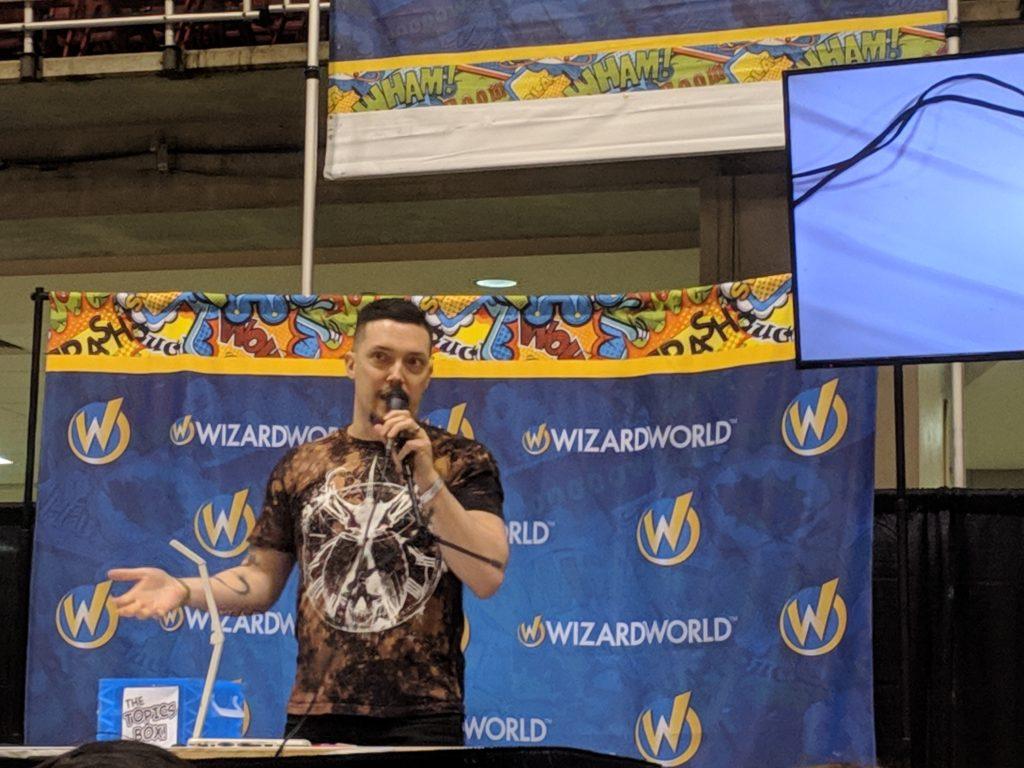 But there is definitely something to be said about the beauty of dark humor and the ability to laugh at the sheer incredulity of everything. Even if I can only show you a sketch in progress and wouldn’t dare mention of any of the topics or end results. 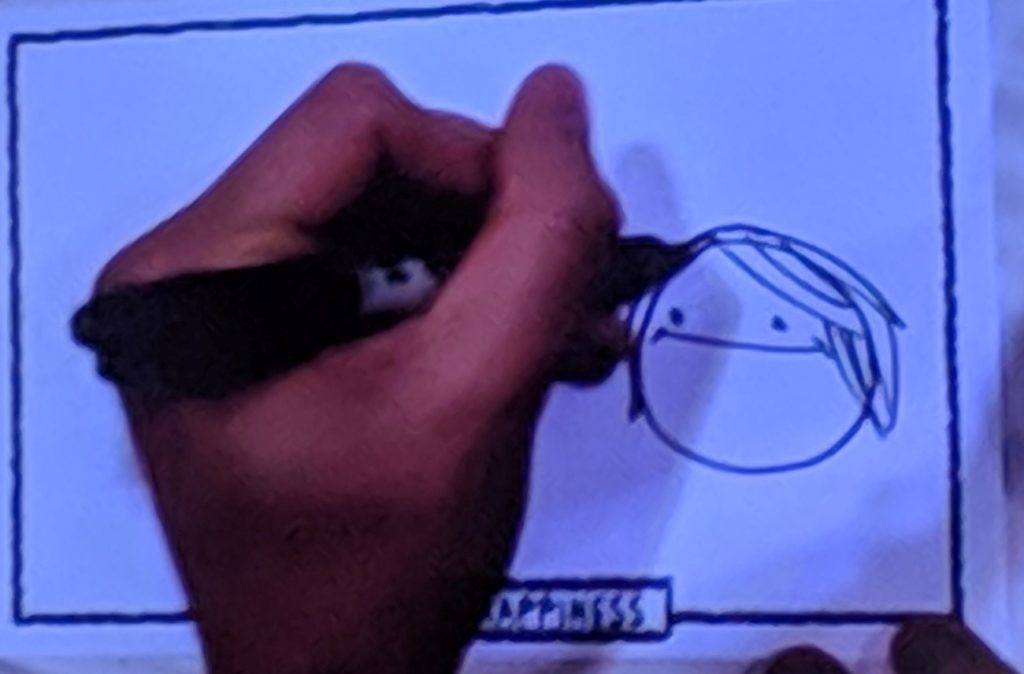 And thus concludes this nerd’s coverage of the Artists’ Alley at Wizard World St. Louis 2019. And this be a reminder than if you ever find yourself a con, make sure to spend time discovering all of the cool art on the floor. You’ll almost certainly find something you love.

Until next year Wizard World…

Attending #wizardworldstlouis / #wizardworldstl on behalf of @blacknerdproblems . Got some great stuff from: @bunleungart (Superman and Batfam) @drinkswithfrenemies (always a sucker for a good game of tomfoolery) @teeturtle (see above, except with unicorns and D&D motifs) @nate_jones_design (love his stuff so much)