A couple of things are guaranteed when a next generation console launches: Wait for at least the second Madden because the first one always sucks. And all your favorite games that launched last generation that had more than one game in the series is getting a re-master. Its science, yo. And why not? Provided that the developers actually take their time (*cough* Halo-couldn’t-even-play-the-gotdamn-campaign-offline *cough*) you get a guaranteed hit of a game, beautifully rendered for the next gen hardware. People that never got to play the game get the best version of it. People that loved the game and jumped up to the new console will probably buy it again because ya know, MORE OF THAT SHIT WE LOVE EXCEPT EVEN BETTER. Developer makes some more money off improving but not necessarily creating something. Win-Win…

…mostly. Its also a money grab. Not to underestimate the work that goes into a remaster, but it’s not the years of labor and risk that is creating a new IP. It also serves as an incentive to NOT create new properties, seeing as you have a lot or all of your development team working on an already developed game. Again, a lot of hard work involved, but a lot less risk and more guaranteed capital. Which is why Peter Moore’s comments from EA Games are so surprising when he says that Mass Effect, one of the most successful video game trilogies of all time, is not being primed for a remaster on current gen hardware. In a completely subjective statement, I would say that Mass Effect, for series that are limited to three games, might be one of the three best video game trilogy of all time (I think my other two are The Witcher series and Bioshock, but everyone is probably playing for second if we ever get a Half Life 3).

We’ve all bought a ton of remasters recently so there is no doubt that the sales for a Mass Effect game with updated graphics for the XBOX One or PS4 would put numbers on the board in ridiculous ways. I’ve played the Mass Effect trilogy more times than I’m willing to admit in public, on PC running graphics at the games limits and if they announced a remaster for my PS4, I’d put money down on it without blinking. And yet, Moore says the development team wants to focus on the new Mass Effect game, Andromeda, rather than treading old ground. As much as that is disappointing for those of us ready to board the Normandy again, It’s actually a good call amidst the cynical world of gaming and capitalism.

In the interview with IGN, Moore lays it out pretty clearly.

“Is there demand? Yes, there’s thousands of people who want it,” he said. “Do we need millions? I don’t know. Our blinders are on and [we are] looking toward future. If you allow yourself to take the easy road – not to diss remastering great franchises – but there are so many opportunities for us to have people go to something else.

“We just feel like we want to go forward. There’s a little thing called Mass Effect Andromeda that we’re totally focused on at BioWare and it’s gonna be magnificent.” 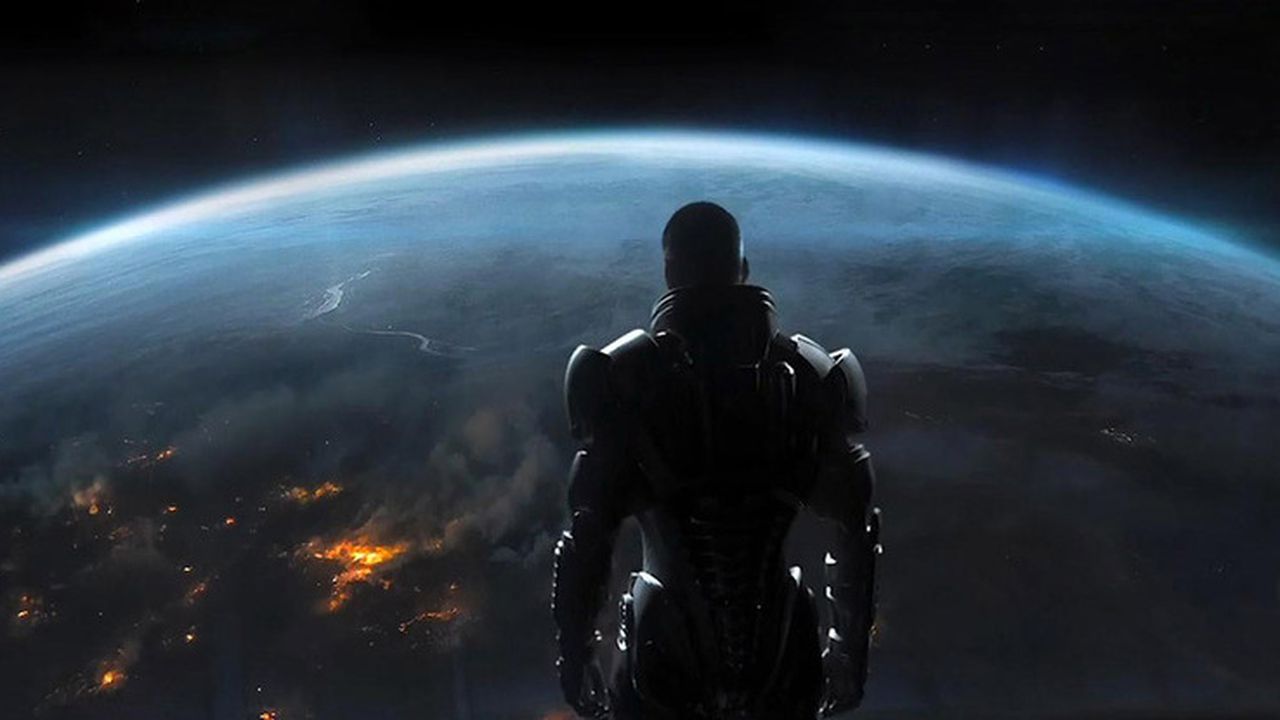 I mean, dude ain’t wrong. And it is a little refreshing to see a company as big as EA, who could probably hire a development team just to do a remaster and pocket some extra change, go the other way and focus on newer properties. Well, sorta new. Andromeda is a sequel after all, but…that’s a whole other video game conversation. So yeah, if you were planning on a remaster (as I was too, admittedly) it might be a long cold stare into space waiting for it. But yo, aren’t we at least getting a theme park?