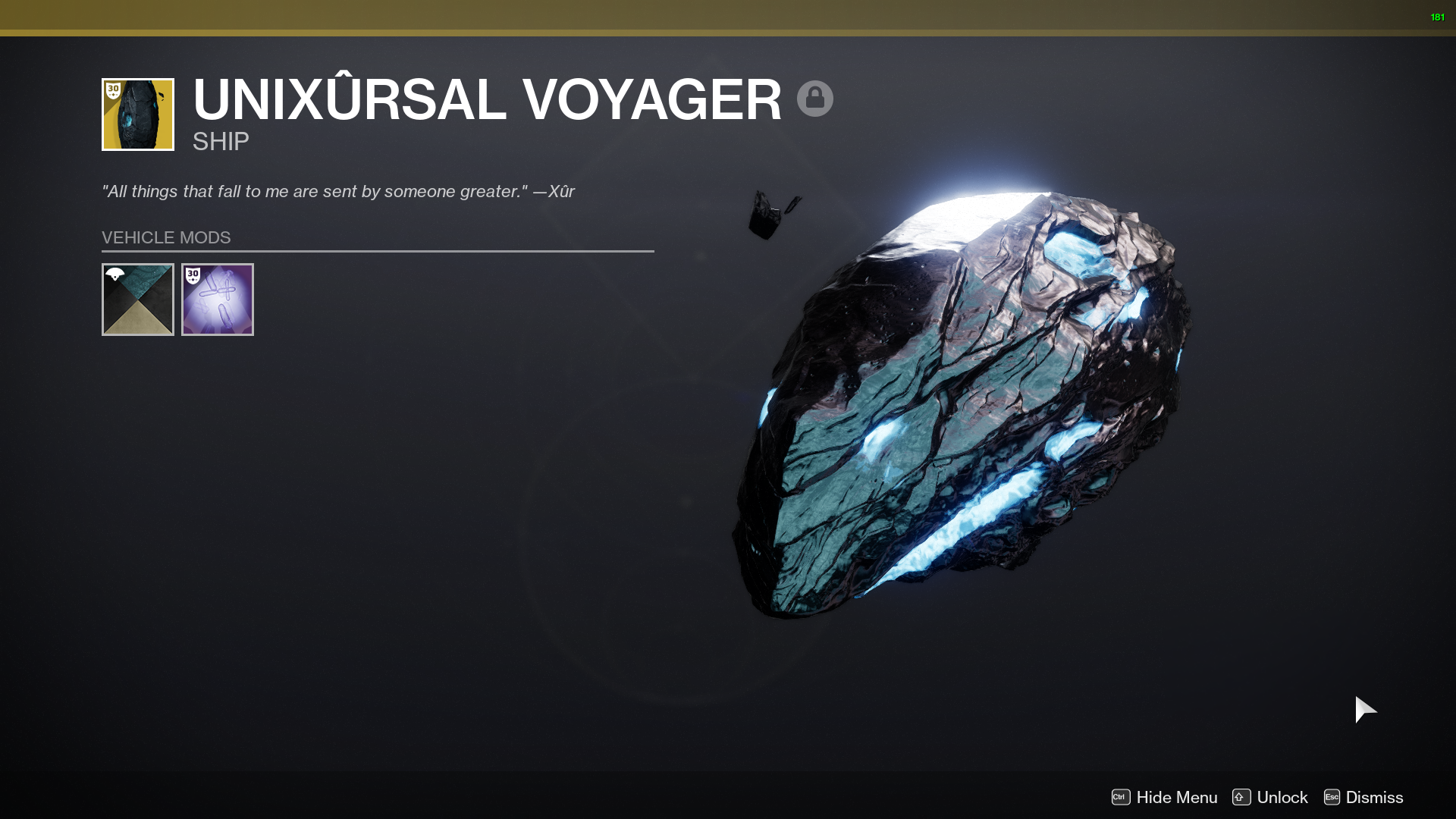 Reverse Engineering the Ship of Theseus in ‘Destiny 2’

[What you have seen will mark you forever.]

It is early 2015, and I am getting my first clear of the Vault of Glass. After finding an LFG (Looking for Group) and defeating Atheon, I receive a Vision of Confluence and instantly replace my previous mainstay, the B-Line Trauma, a gun I would never see again forever…lost to the corridors of time.

It is late 2021, and I am on the 40th [of 58th depending on how you want to count it] clear of the Vault of Glass and the Vex Mythoclast has finally dropped for me after weeks and weeks of endless submission to the cruel god that is RNG. Given that it has been a long running trial of my entire team, they tell me to equip and fire the gun to know that it is real. I do so and stare at the text:

…a causal loop within the weapon’s mechanism, suggesting that the firing process somehow binds space and time into…

Right now, we are waging wars against Valus Tau’rac, Zydron the Gatekeeper, and Crota (admittedly for a gameshow rather than as actual threats, but still) while evil stirs below in the Vault of Glass on Venus. The looming threat of a Hive God lingers over our heads like a guillotine ready to fall and somehow, Gjallerhorn and Sleeper Simulant are currently leading the way in the DPS meta.

I constantly think about the fact that I have functionally been playing the same game for seven years and counting now. I will likely be playing it for many more years to come. It’s truly wild to think all the ways that the game has and has not changed, and all the way I have or have changed while playing it.

The Ship of Theseus is one of those elementary level type paradoxes, a type of thought experiment meant to challenge the perception of the world and yourself. At its simplest level, imagine you have a ship and one of its wooden boards goes rotten. You replace the board. Is it the same ship? Over time more and more the ship succumbs to ware and tare and each time you replace the defective part to the point where every single component has been replaced. Is it still the same ship?

In Destiny 1, you played through the campaign once, did a bunch of quests to gear yourself up for whatever your version of the end game content was, and then proceed to do said end game content where it was high end Nightfalls, Iron Banner or Trials, or the pinnacles of Destiny: Raids. Given the original model, the first year of Destiny was very busy, the second and third years experienced an incredibly long content drought between, and for Destiny 2, they tried to model themselves after D1Y1 which might have worked had they reworked everything.

The first year of Destiny 2 felt a lot like the first year of Destiny 1, with the exception that with a double primary system, formerly special weapons competing with former heavy weapons in a single power slot, and an exceedingly streamlined sandbox, some of the magic wasn’t quite preserved. Forsaken flipped the narrative on its head though, and not only was the core experience of Destiny still there, it had been bolstered.

We had Gambit, a uniquely Destiny experience that melded PvP and PvE. We had our first dungeon, the Shattered Throne. We had what was arguably the best raid to date with the franchise with Last Wish. And then we got two more raids and at the time what was the most rewarding activity to date with the Menagerie.

Shadowkeep marked Bungie’s venture to become independent and we saw growing pains [including the vault of a nontrivial amount of the game], but also a sign of things to come with momentum that carried us to Beyond Light, the year where everything changed. The seasonal storytelling was perfected, and reset Tuesday became not only a day for new rewards, but new narrative. After the soft-sunsetting of egregious powerful gear, new armaments were introduced to the sandbox, and the biggest foundational change to the sandbox has come to us in the form of variable ability cooldown, where each ability has been tuned independently of each other.

[It breaks the rules of reality as ruthlessly as it shatters your foes.]

With 8 or 9 resets (depending on how exactly you want to count) left before we venture into Savathun’s Throne World, I look at my stats with a fearful reverence.

I look at my guardian. Still a Space Zombie Robot Knight, but now rather than decimating foes in a melee and frenzy of arc energy with a single weapon taken from space pirates…

…he creates crystalline palisades on the battlefield and then shatters them to forge Diamond Lances while wielding an arsenal acquired from the Darkness and two weapons from alien race of Space Foragers and Pirates.

I look at myself. I am eight years out of college, with a house, two adorable cats, and a wide breadth of friendships that were formed in a game with no shortage of stuff to do, no shortage of build crafting and theory crafting, and lore speculation between Charged with Light, Warmind Cells, Elemental Wells, and the rotating stock of artifact mods. New additions to the game mirror new additions in my own life. I’m a better version of myself, in no small part to Destiny becoming a better version of itself.

[“When the long dark closes around us, we will be the last light.” —Wei Ning]

Even during the slowest times of the seasonal model, I still find myself playing for things like a space rock or a particular combination of perks on a gun that I might want later. Because it’s fun, and there is the extended promise of more things to come and there is just enough room within the world to put yourself in it.

We’ll get a complete rework to subclasses that have been a staple of the franchise coupled with weapon crafting, the addition of GLAIVES, and a campaign that I am genuinely excited for. And ironically, while the Witch Queen is the continuation and culmination of several long running story arcs, it’s also very much the best time to get involved since it will provide a linear throughline to follow. And even then, I’m not sure how it’ll work for you. No matter how you look at it though, the foundation of Destiny is solid and there is plenty more to aspire to.

I’m tinkering with my guardian like I’m tinkering with myself. Trying to find the best version of me. And it feels like a cop-out to say that both Destiny and I are both the same and not the same as we were when we both started, but it’s hard not to. Which maybe isn’t that surprising given the paracasual paraversal nature of it all.