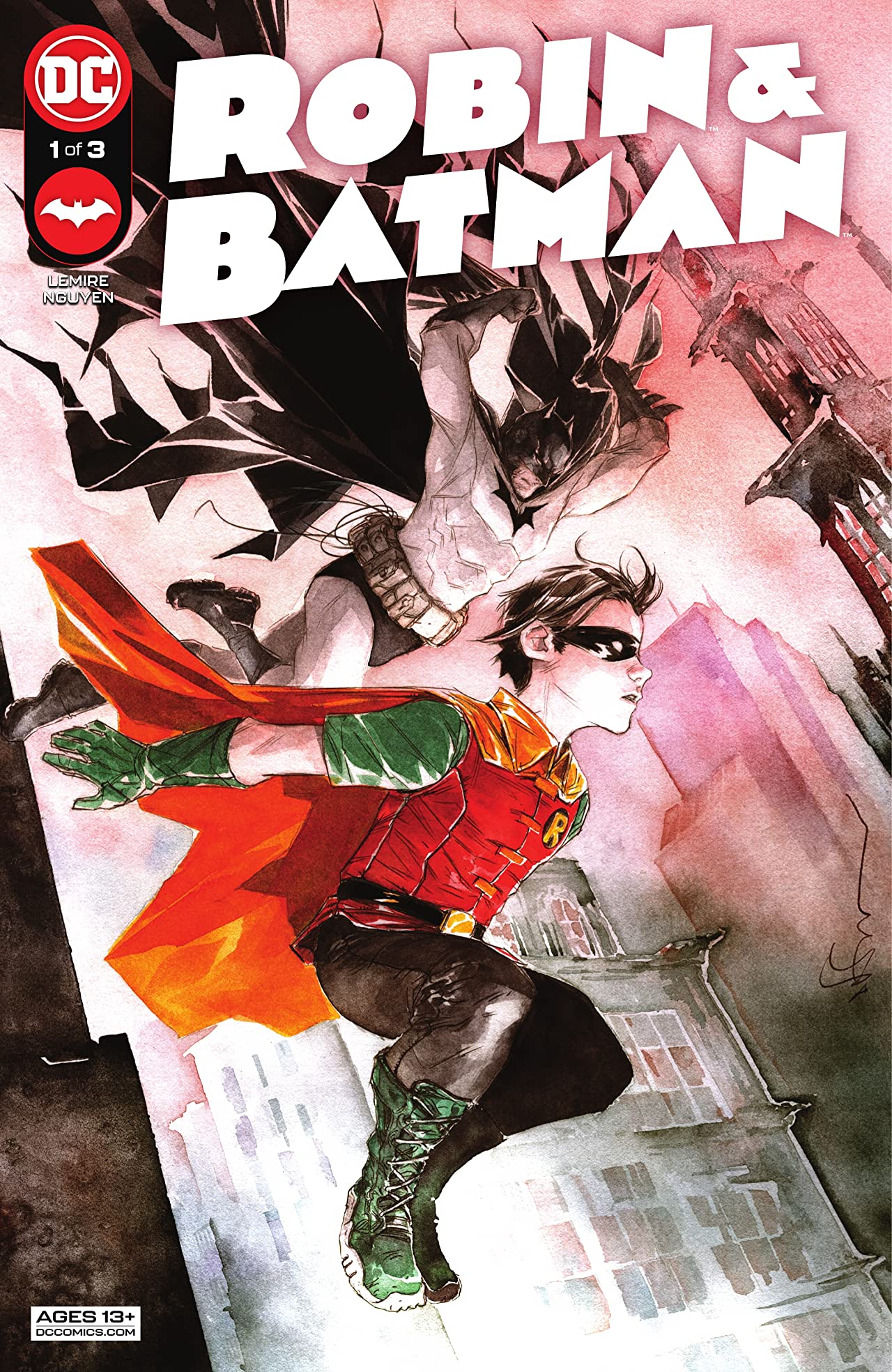 It’s easy to skip over a Batman book these days because you may feel like the DC universe is heavily saturated with them, so you assume you couldn’t possibly be missing out on anything. But Robin & Batman #1 is more than entertaining enough to warrant your consideration.

Jeff Lemire and Dustin Nguyen, the visionary minds behind the sci-fi epic Descender, brings us an interesting take on the early days of the “Dynamic Duo.” The story is set not long after Bruce Wayne takes Dick Grayson in and begins teaching him the trade. The relationship is rocky not just because of their approaches to fighting crime….but because of their drastically different ideas on what they’re personal relationship is. Batman doesn’t know when to turn the sensei off and turn the father figure on. And in the middle is Alfred, playing as much of an intermediary between these two as he does a partner/consultant in Batman’s crime fighting enterprise. Meanwhile, as all of this is going on, we get teased with some insight into some undiscovered aspects of a longtime villain’s origins.

Lemire’s script for Robin & Batman #1 tells a Batman story with a lot of heart to it, approaching these two from the perspective of friends and relative strangers trying to be a family, learning to trust each other. It should almost go without saying that the book is beautiful to look at with Dustin Nguyen on the track. The story almost looks like it takes place in a dream or an exaggerated perspective which makes sense considering it’s being narrated mostly by a traumatized child.

Bottom Line: It should be no surprise that a dream team like Lemire and Nguyen would create such an intriguing book exploring maybe the most famous case of trauma bonding in modern fiction: Batman and Robin. So far, it’s definitely shaping up to not be your typical origin reimagining.