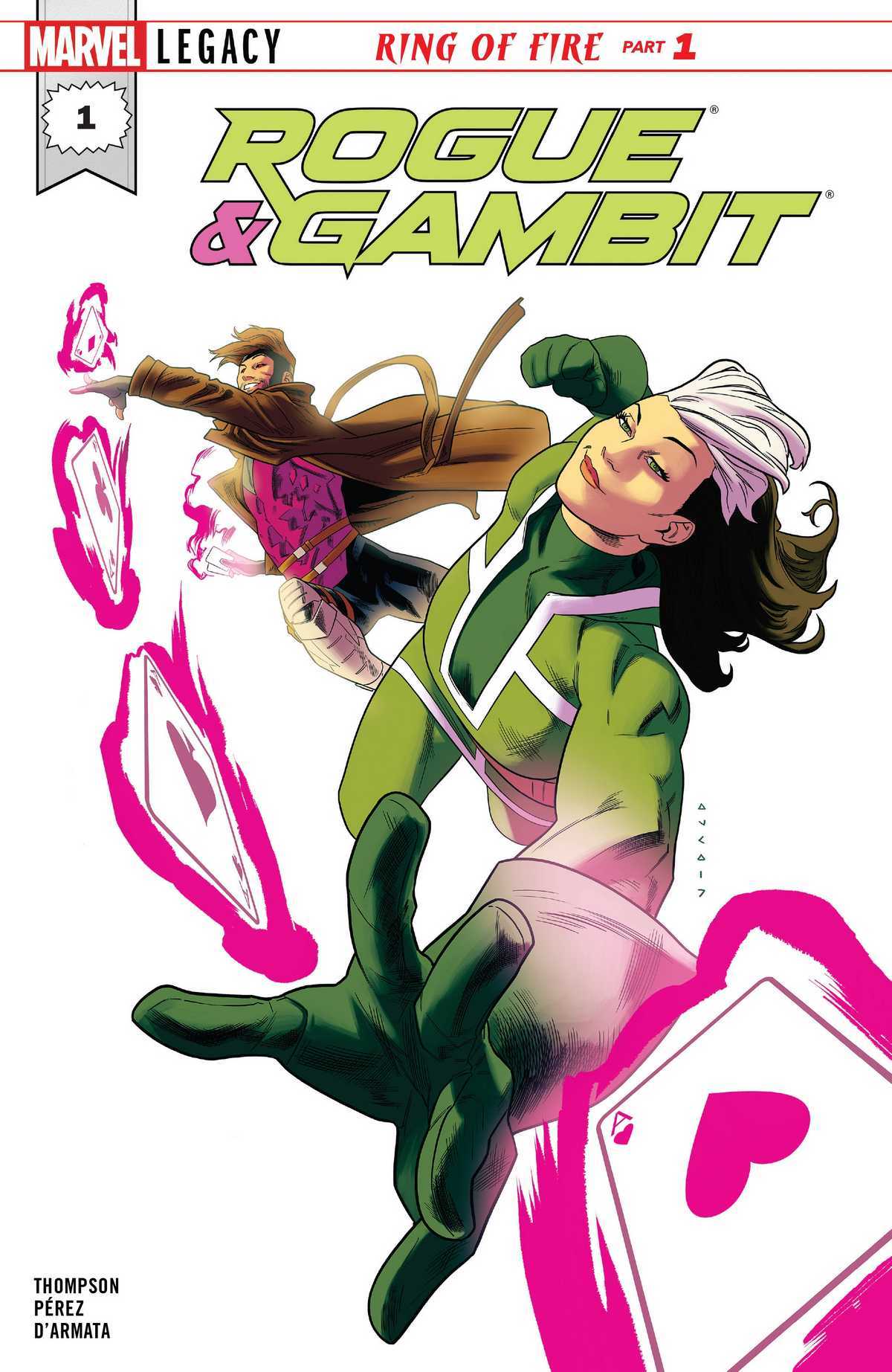 “You want a hit?
Give me a hour plus a pen and a pad”- Keith Murray 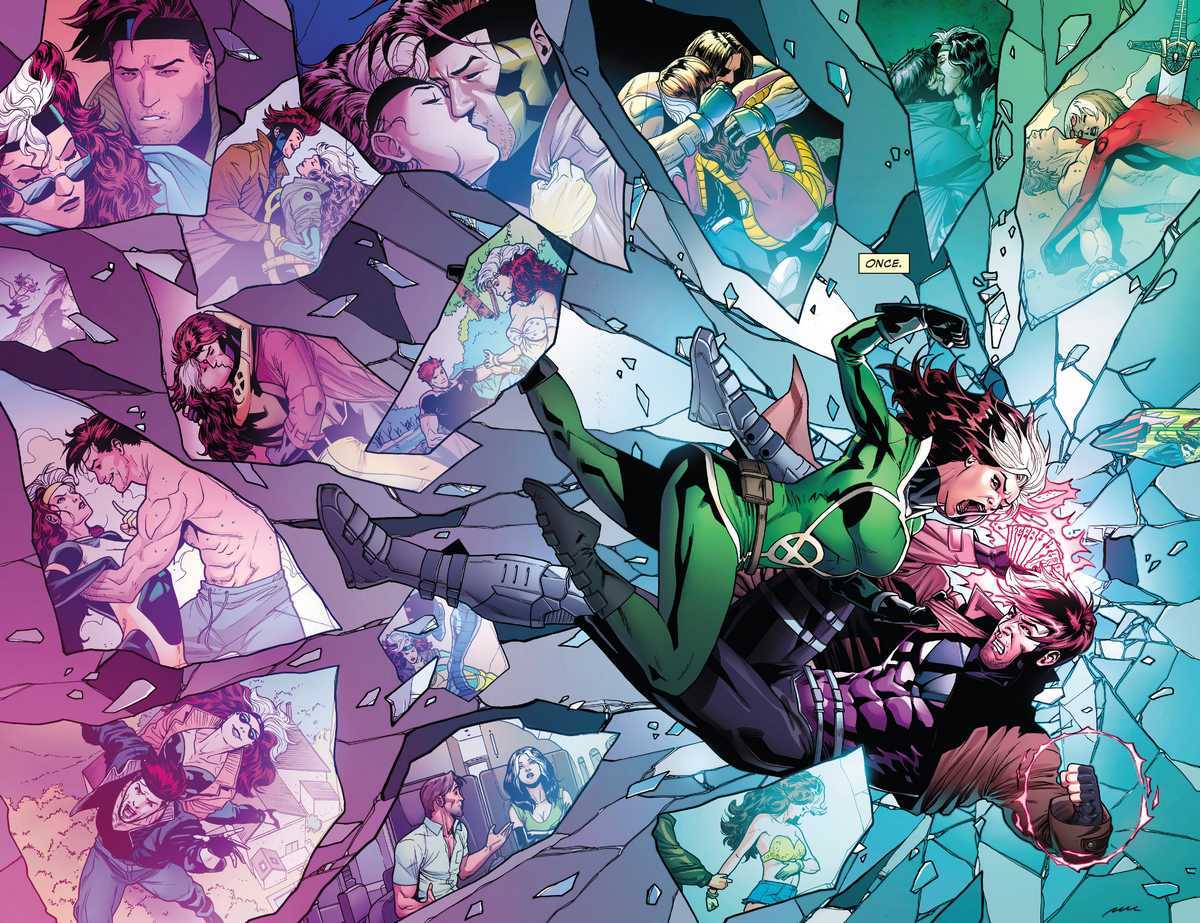 Let me set the mood so we can get into the thick of this. I love the X-Men. I have since I was a kid. It takes a lot for me to get into a series tho, it really depends on the creative team. Seeing that Kelly Thompson was going to be taking star-crossed X-Gene crossed (on-again-off-again) lovers Rogue and Gambit under her wing? That’s a something you gotta check out to see what she’s got planned.

Lemme put you on real talk right quick. Thompson nails any character under her pen. She’s like a FBI profiler for comic book characters. She dives deep into dynamics between characters, speech patterns, cadence, and keeps everything convincing and believable. Once I saw that artwork that Pere Pérez was bringing to the table too? Yeah, it’s a fucking problem, man. I can already tell this is a creative team that is going to gel well together.

Take it back to basics 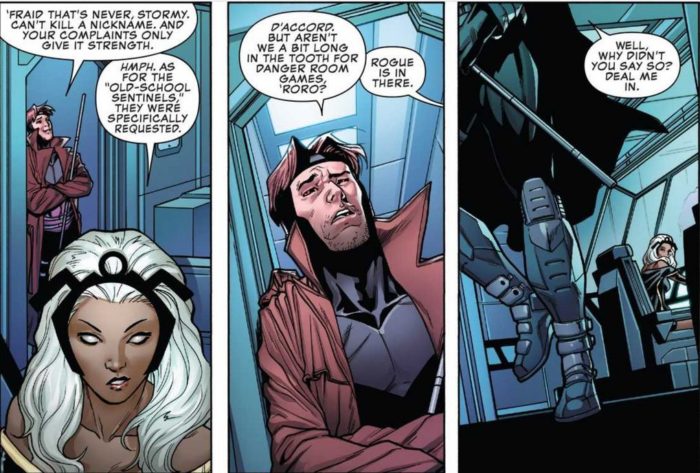 I’m the first to throw up my X-Men pride (got it tatted on my chest so you know it’s real) and love of the characters but the titles have been hit or miss the past couple months. Within the first four pages Thompson and Pérez grab your attention by taking it back to basics. Cameos and putting in work in the Danger Room. We see Gambit being charmingly annoying or annoyingly charming to Storm as she’s running a Danger Room session. Gambit wants in once he sees Rogue is there and the entire scene is perfect. When a Danger Room session does more for these characters than multiple crossovers, new titles, deaths, and resurrections? It goes without saying, you know this series is onto something.

Kitty calls Rogue because she suspects some foul shit is going down at this remote retreat where Mutants have been going missing. She’s calling in a favor of Rogue… and by that, I mean telling her she’s going and that since it’s a couple’s retreat, Gambit is going to be her partner. Man, Rogue throws that mess back in Kitty’s face just to get curved with the leadership Uno reverse card.

The history between these two X-Men and their past is what makes this series. Watching them try to figure themselves and each other out is great entertainment. Especially, when that Deadpool/Rogue ship (I’m on that) gets name-dropped. Thompson does a masterful job of taking years of continuity and context and making it up to date and digestible for old and new readers alike. Rogue and Gambit are a hilarious team together but there’s something about them that gives you that nod of nostalgia to old X-Men adventures meets the present day.

Pere Pérez artwork is fresh as fuck. I got no other way to describe it. Frank D’Armata’s colors enhance every scene as they pop with brightness. Pere Pérez is able to capture no only hard action but tender moments as well. It’s the look between Rogue and Gambit that sell the visuals. Be it looks of frustration, love, concern, or worry. Pérez can have the reader entranced with his visuals. 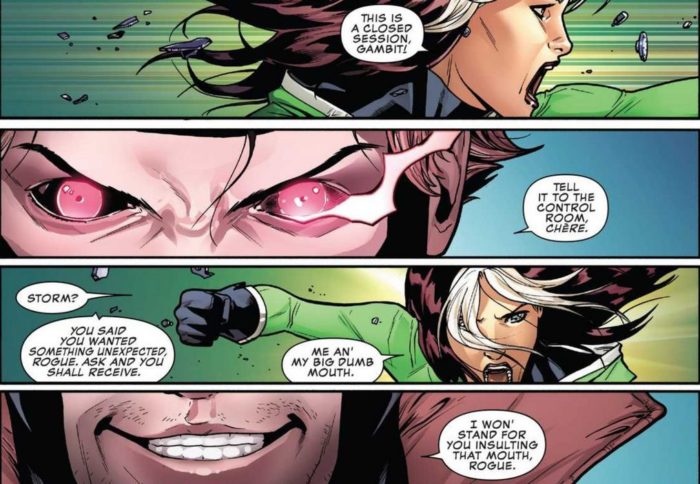 Remember how in Community different members of the cast had their own secret handshakes like Troy and Abed? That’s how Kelly Thompson writes not only Rogue and Gambit but every X-Man making a cameo and it’s brilliant. Rogue and Gambit is just what the X-Men needed to get people talking again.