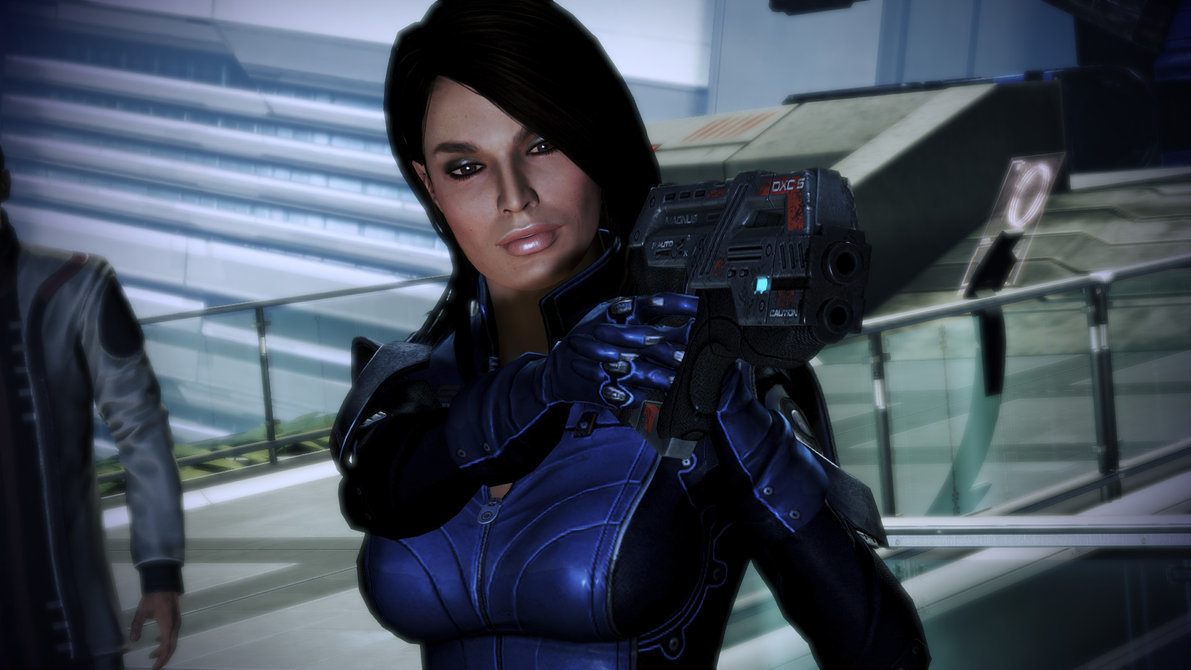 With Valentine’s Day and the Mass Effect Remaster around the corner, I’ve been thinking a lot about romance. Not in the real world of course. We are (still) in the throes of a pandemic and dating was in the Before Times ™ and online dating has only evolved to be a different type of crushing existential burden that’s not worth talking about right now. And maybe it’s just the polar vortex that’s been flirting with the Midwest, but I’ve mostly been thinking about my regrets in video game romance options, like falling for Vicki Vale in Telltale Batman only to have the knife twist when she was revealed to be the antagonist.

Not following through in my conviction of the Rhys/Fionna ship, given into the in-game pressure of Rhys/Sasha. And very ironically, serial dating in Persona 4 Golden, only to proceed to break several character’s hearts as each one came to my front door to tell me they wished I had spent the day with them instead.

But as the title suggests, there is one decision that haunts me more than literally anything else. Nothing has come remotely close to the shame of the titular confession.

Let me paint the picture if you will. It is 2009. I am getting ready to go to college, and I have a lot myself enough funds one for one game. Something to keep me occupied as a #gamer during the off days studying and when my introverted ass didn’t want to interact with people. I held in my hands Mass Effect and Dragon Age, and of course my sci-fi leanings lead me to purchase Mass Effect and immediately I fall in love.

Thanks to its surprisingly robust character creation, I am able to create a rough approximation of an idealization of myself. My Commander Shepherd is like me: Filipino American cishet man (although, 2009 lacked some of the vocabulary and nuance of what those identifiers really mean). I play him as an engineer. I like having a turret and the ability to pick locks. I become best friends with Wrex. And of course, I fall for Ashley Williams.

She is conventionally attractive. No nonsense. Military brat much like yours truly. And I have a history with brunettes. It’s a thing and as someone who at the time was convinced that 1) I had to romance someone and 2) that someone had to be a woman, Ashley Williams felt like the more sensible option than Liara (or even Tali, who wasn’t an official option just yet). Of course, this reasoning was faulty and led me to ignore the big krogan in the room.

Ashley Williams was a space racist. Ashley Williams *hated* aliens. Ashley had internalized her grandfather’s surrender against a different species and made it her defining personality trait. Not *one of*. THE. Ashley Williams was deadset on making sure everyone and their next-door neighbor knew that she thought humans were the best and had no qualms reinforcing that belief at every moment. And that shit is definitely problematic when you’re working with a ragtag bunch of misfits trying to save the world and particularly awkward when you decide to become best friends with a Krogan.

But no, younger me was unfettered. Made excuses, convinced himself that she could change and learn to appreciate other species in the beautiful galaxy. She didn’t actively hate the rest of the crew. Surely that was a sign that she was better. But the fact remains that I romanced a space racist. I am romance a xenophobe with a vendetta and years removed I still regret that. Almost makes me regret sacrificing Kaiden, whose biggest transgression was being the love interest for Femshep. Almost made me justify cheating on Ashley Williams with Miranda in Mass Effect 2. Definitely enough to convince me not to romance her again when she made her return in Mass Effect 3, instead staying “faithful” to Miranda. That was a hella awkward reunion though.

All to say, the decision to date a space racist was a byproduct of many things. 2009-Me lacked nuance in romantic insights and the self-respect necessary to not stay silent when it comes to someone else’s blatant prejudice. I was still reckoning with my own identity and my relationship with myself and that was very clearly reflected in my choices to romance a space racist.

And while it will probably remain one of my biggest romancing regrets in video games, I can at least look back and recognize my mistake and strive to be an actual paragon.