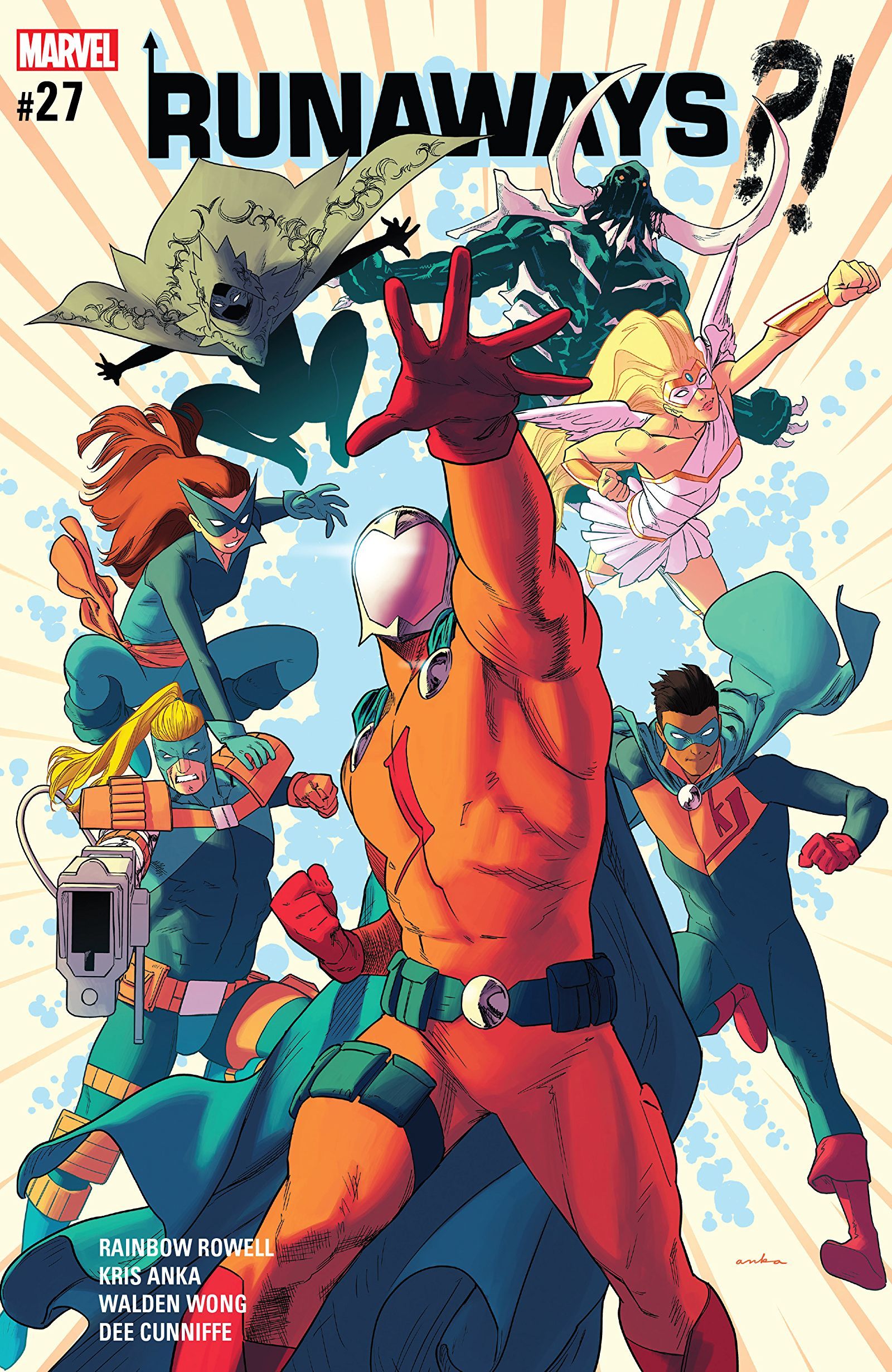 This issue was an service top to bottom, and I was here for every panel of it! First off, joining the wonderful Rainbow Rowell is returning artist Kris Anka who absolutely crushed every single look, facial expression, and thunder thighs detail. While I’ve appreciated Andres Genolet’s artistic takeover, Anka did such an excellent job that the costume tryout 1st half could’ve been the entire issue and would’ve gotten zero complaints from me. From start to finish, the runaways were having fun, flexing, beaming with excitement and filled with that ass-kicking passion that we don’t see enough of these days! 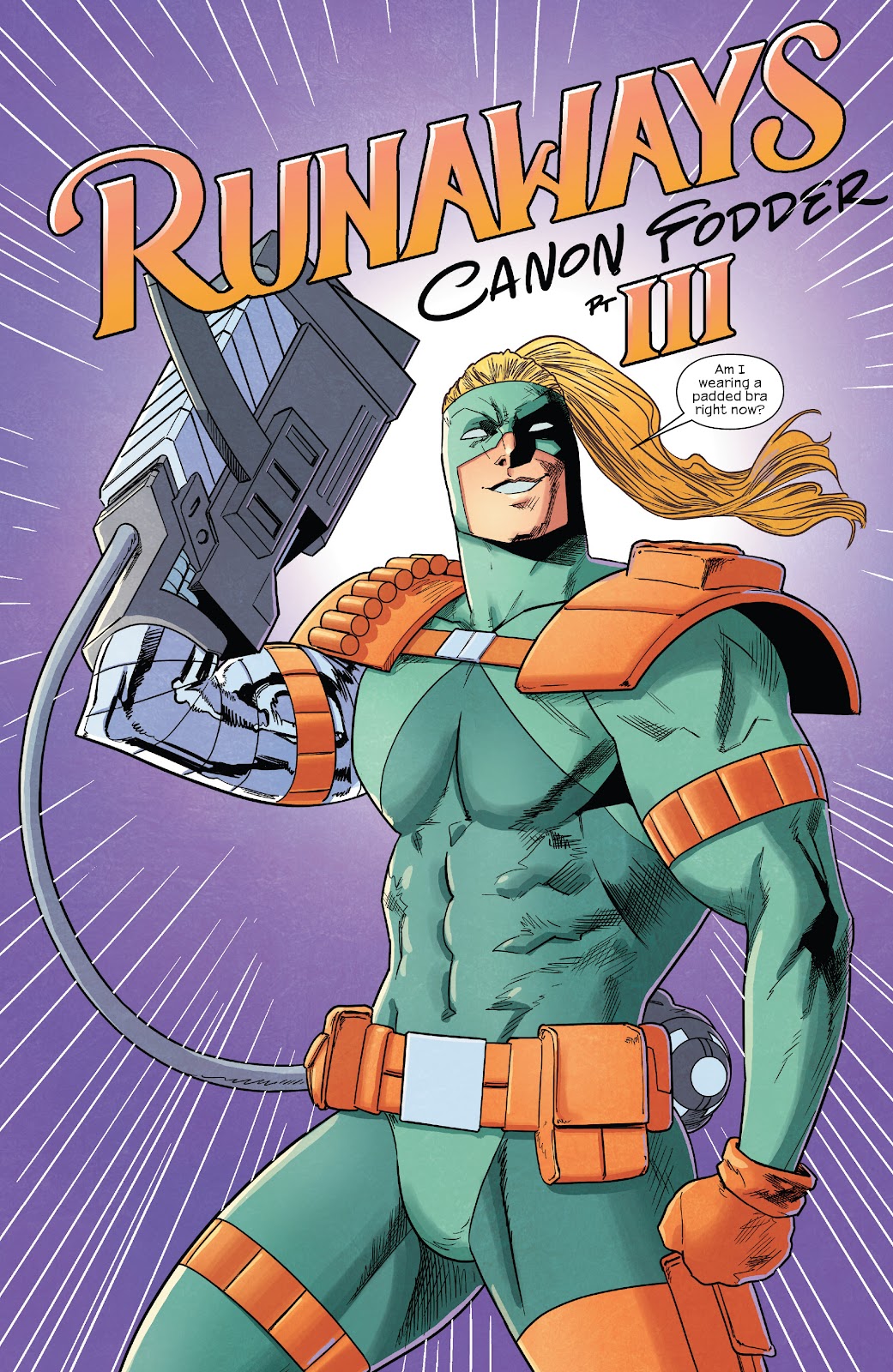 From Chase’s absurd opening line of “Am I wearing a padded bra, right now?” This was one of the most genuine, hilarious, and enjoyable issues of Runaways in some time. It’s not like this book has been in any sort of a slump, there are simply times when Rowell brings out the best from each of our heroes differing characteristics. It’s also great when she showcases their hive mind and they all yell their collective thoughts and opinions.

Victor got the entire team on board with Doc Justice’s mission and they begin to squad up by suiting up in previous J-Team superhero costumes. Nico’s entire progression from wanting the most basic bulletproof costume to settling for some ridiculous ninja Poison Ivy look was the stuff of legend. Absolutely could not get enough of Karolina’s smirk when Nico had on the MOST over the top and scantily clad dominatrix lookin’ fit. Molly’s face of disgust was equally impressive. Speaking of Molly, the group’s stance of “HELL TO THE NA” when Doc had her try on that somewhat inappropriate, and a tad too revealing, cheerleader costume was on point. 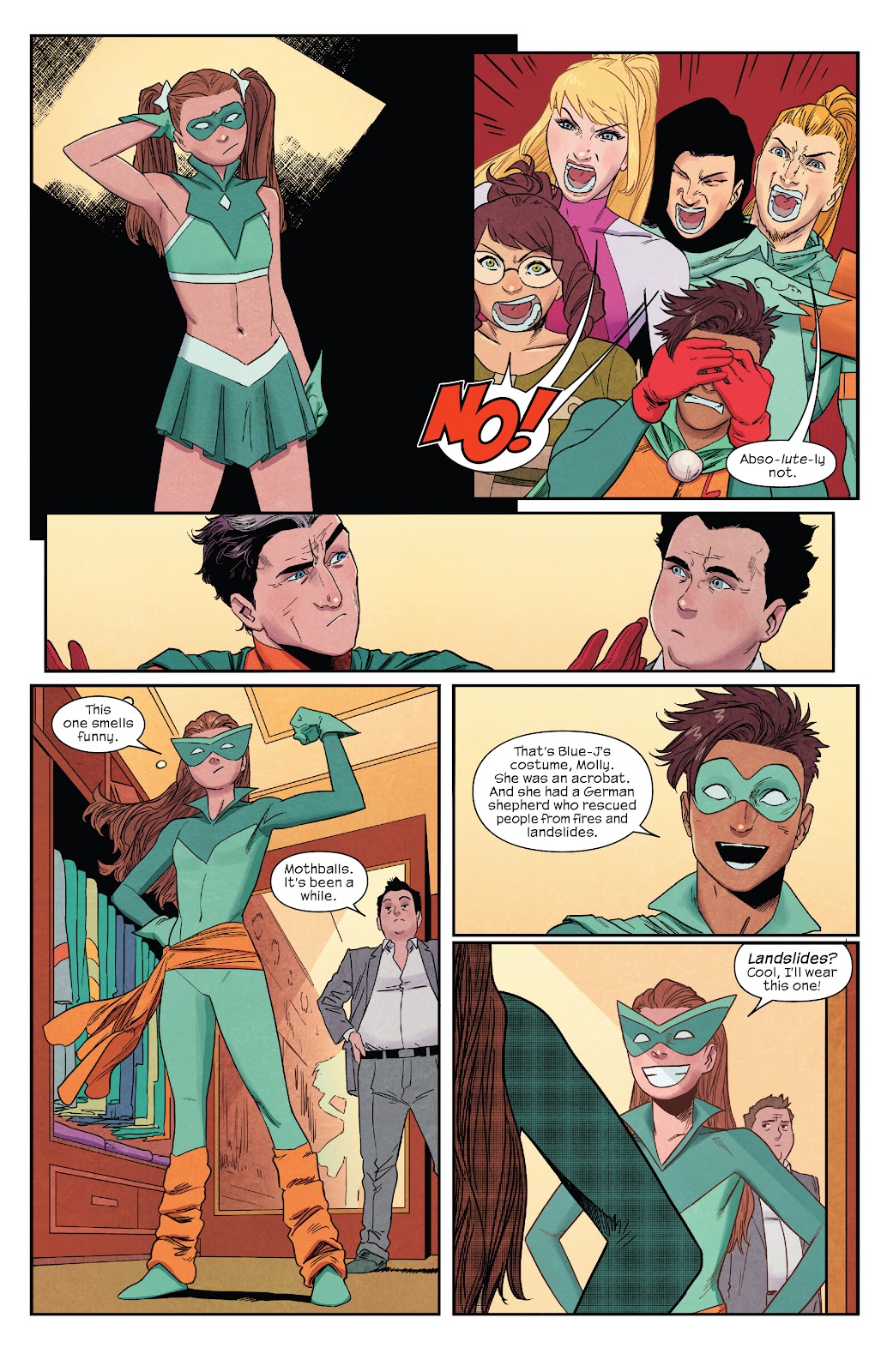 After Karolina don’s the apparently necessary Princess Justice costume, Molly realizes the old J-Bird suit is poppin’. Chase is fully strapped and padded and Victor reps the costume he probably won’t take off for a month straight. It’s time for Rowell to get on her A+ Gert writing game. Of course, Doc Justice did research and knows that Gert lacks combat experience, so he left her all the way out of the costume session. Rainbow Rowell wrote the hell out for this scene and Anka drew the pages perfectly. Don’t even get me started on the coloring job by Dee Cunniffe and Jim Campbell! Their use of the midnight black silhouette to show the dread that Gert was feeling after being left out was phenomenal. 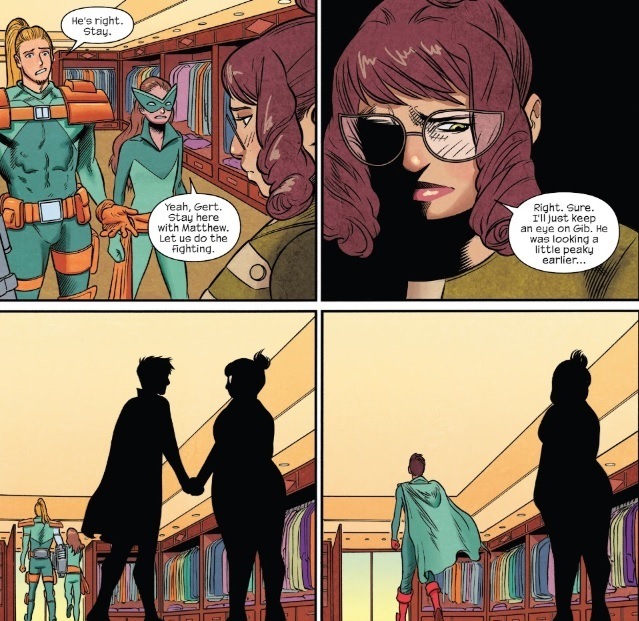 Although my heart broke for Gert, the one member of the team who had her cool power/piece of tech taken away from her and lacks fighting skills, I think this will be a huge learning moment for her. I have no clue where Rowell will go with her character, but she has talked about how she has big things in store for Gert. First was her updated look and I believe the next will be her ability to provide support for the team outside of getting killed or feeding Old Lace. Runaways #27 is one of the best issues in months! It’s flooded with humor, action, pain and all sorts of joy that is sure to please most readers.