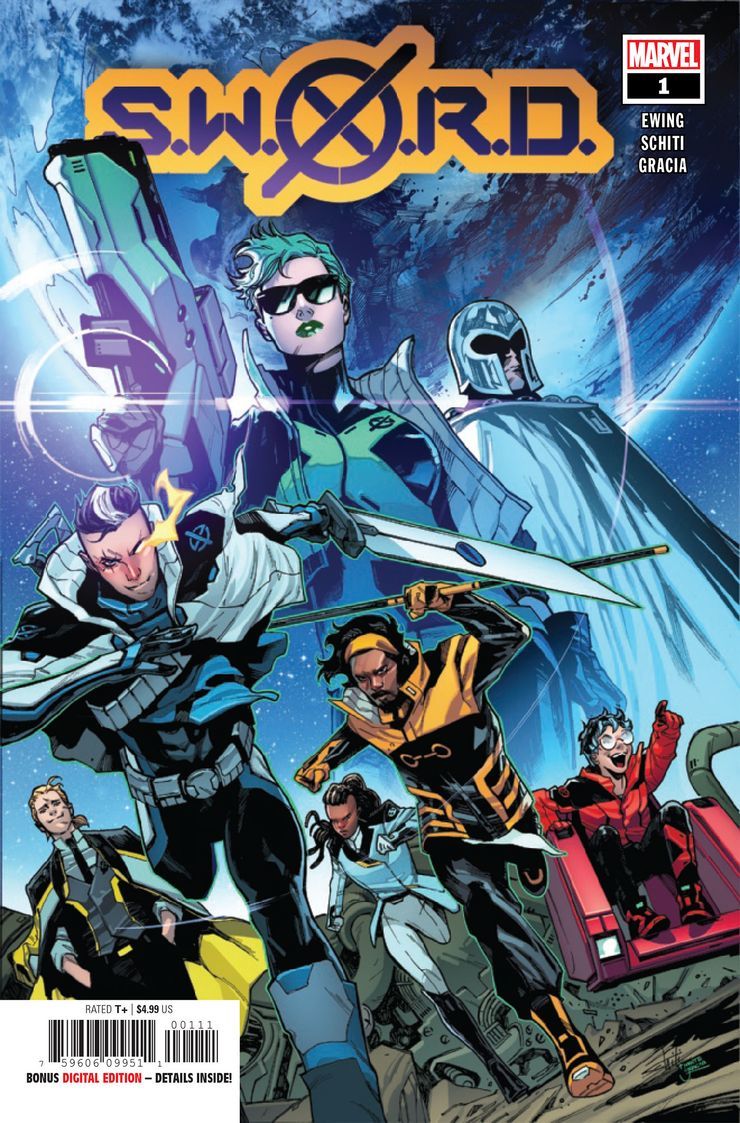 I judge most X-books at this point according to how effective they are at setting themselves apart from the other titles within the considerably beefy franchise. In that regard, while most of the books are solid, they’re only decent at distinguishing themselves. With this in mind, S.W.O.R.D. #1 is already a step above the others. As a space analog to the now defunct S.H.I.E.L.D., S.W.O.R.D. (namely its leader, Abigail Brand) has had a spotty history of appearances, both in starring and supporting roles, since first being created in 2004. However, it’s possible the concept has found more solid footing as a part of Jonathan Hickman’s relaunch of the X-franchise.

Al Ewing is about as straightforward in his first issue as the premise. After failing to see pretty much everything that happened in the events of Empyre coming, Brand resurrects S.W.O.R.D. with the help of the mutants of Krakoa. The only way I know to really sum up the organization’s mandate is to compare it to Star Trek. They keep the peace in their corner of the galaxy as a diplomatic representative of Earth’s best interests while also engaging in the occasional scientific exploration for the betterment of the world (with Krakoa, of course, having the inside track on the findings). Ewing doesn’t waste too much time introducing his rather large cast, but it also doesn’t feel rushed. Even though Magneto seems to be a significant focus of the issue, you get the impression that every member of the crew has value, even if they’re not a badass X-Man like Cyclops or Wolverine.

Ultimately, that’s the real promise of Krakoa: a true mutant community. Most of the script is dedicated to setup, establishing the players and the stakes without much action at all, but what’s laid out for future issues is interesting and entertaining. Meanwhile, as far as visuals go, Valerio Schiti was a fantastic choice to bring Ewing’s script to life. Though the first issue didn’t technically feature much action, there were certainly a lot of big ideas for Schiti to play with. Just about every scene featuring the S.W.O.R.D. space station deserves a huge orchestral score when you turn the page.

Bottom Line: S.W.O.R.D. opened up strong this time around with a large, interesting cast, gorgeous art, a premise that brings fresh blood to an already dynamic relaunch of Marvel’s Mutants. Definitely worth the coin.

9 Green Haired Badasses out of 10