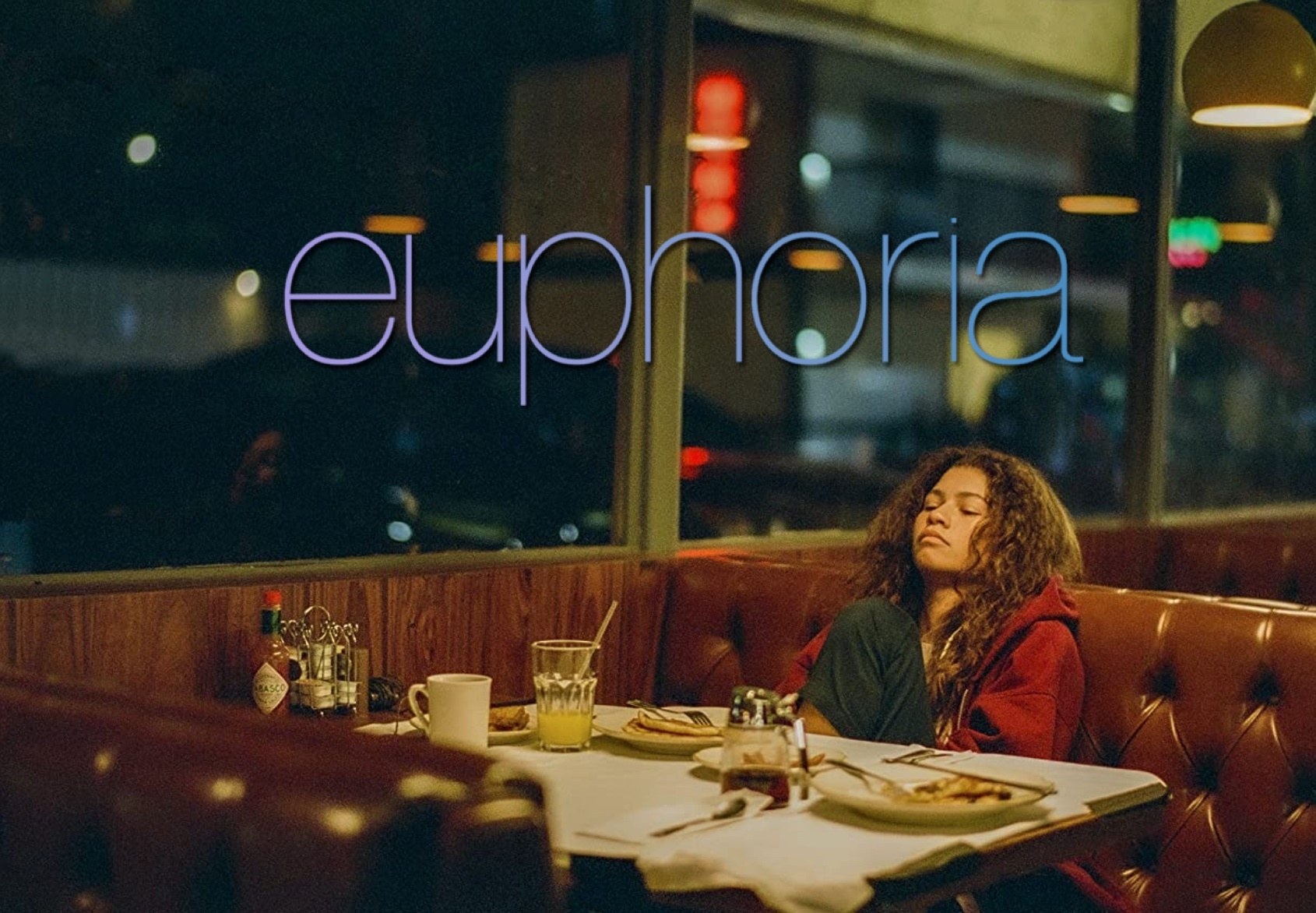 Part one of Euphoria’s two-part special episode release is unlike anything we’ve seen from the series before. Right when you think the creators and performers are in a groove, they throw you a curveball. As the viewer, you are stuck trying to pull your face away from the screen. This episode hits different. It stirs in you like a cup of coffee with two creams, no sugar. It’s bitter AF, but you get used to the taste and come to love it and wait for its magic to take. It picks up right where we left off. Careful – * spoilers ahead *.

The episode starts with Rue and Jules. In a perfect little loft apartment with a fire escape framing their New York apartment window. Rue is looking brand new like life means something else to her. She wakes Jules, gives her the Luther Vandross ‘thousand kisses’, and for her, it is never too much. Jules remembers her portfolio presentation, Rue assures her she’s alright – that there’s time. It’s an average, yet eclectic bohemian life. Even though you don’t want to realize it – you know it’s a dream.

Rue helps Jules get dressed and collect her portfolio. Rue says goodbye, closes the door, and routinely crushes up some pills and snorts them. Your heart drops and the scene seamlessly changes from their apartment to a diner bathroom. Where Rue is in the same maroon sweatshirt seen in the episode’s trailer. She walks out to meet her sponsor, Ali.

Reality begins. Rue sits across from Ali and proceeds to bullshit a professional bullshitter. His face is classic ‘girl who are you tryna fool?’. He sees right through it and gives her the Ali ‘real talk.’ As always, reading her for filth, but this time it’s different… She is different.

The episode continues fully within the confines of this diner. We don’t go out to other characters, we don’t revisit that daydream of Jules in New York, and we don’t go further than the diner parking lot. This bottle episode feels like a response to the turmoil we’ve all been having, but is distinctly Rue’s story. The conversation is one of the richest I have heard on television. An elder to the next generation with the next generation reminding the elder, their worlds are different. At first the conversation feels like front row at the oppression olympics, but you quickly realize they’re not even at the same games. After that you’re just listening deeper to all sides of their stories. The conversation circles the Black experience; from conversion to Islam, Black Lives Matter and capitalism down to the intricacies of an addicted existence.

If you have ever worked with youth, this episode lays out all of your struggles in front of a plate of eggs and some pancakes. As a caregiver and youth educator, you’ve seen a world youth can’t foresee. When they are trying to tell you nothing exist beyond the sh** they are in, your heart breaks and remakes itself every ten seconds.

Every moment of this episode feels like an ellipsis, you don’t know where it’s going next. You feel the need to read the teleplay over and over again just to make sense of the artistry woven deep in each phrase. Rue talks about the many moments she has been a piece of sh** to her mom. Holding up a piece of glass to her mother, telling her she would kill her. This was something Rue considered unforgivable, something she knew her mother did not deserve and seemed to understand in the moment that she was wrong for it. For this reason, she feels she’s a f**k up.

Ali knows this is not the full moment, that this story is but a chapter in her epic tale. He tells stories of his f**k ups and the challenges he put his family through. He responds with wisdom and no BS. Rue’s response… Well, she says, ‘she just doesn’t plan on being here that long’. The wind gets kicked out of your chest and the strength leaves your arms. Then she says “I don’t even wanna witness it.” Phew! Now hope is lingering with one last string in your own body. It hits like a fiery blue Hadouken, it’s almost K.O. for folx watching at home. Rue says it with such sincerity like she knows one hit or another will be her last and the euphoria will take her.

At this point, Zendaya’s just showing off. She’s like, ‘oh what’s that down there? Oh, it’s my Emmy – made you look!’ Her performance is already proving to be an elevated craft. Tears streaming and pregnant pauses got me breathing between contractions. My heart is fluttering with her contempt for this thing called life. Domingo Coleman, who plays Rue’s substance abuse sponsor Ali, gets his fair share of screentime in this episode. We see his reserve and his care, he is holding a strong ass candle to these scenes. He’s the rock but a wavering one at that, no one could resist the hurt in Rue’s eyes.

We also get a chance to witness his pain and happiness in a phone call with his daughter and what we can discern is his grandkids. A tender phone call, filled with an unspoken turmoil on the other end. He is changed, but that change doesn’t matter for much in this call and you sit with him in this parking lot with the hurt and the love.

This is a painful episode. Not for what happens in it, but for what it means for the characters, for the Black experience and for addicts trying to change. Imagine if ‘Between the World and Me’ was not a reflection on having a Black child in the world, but a walk with the Blackness of that child and the darkness that can seep in. You can’t escape this episode, and maybe that is the point. We have to sit in the emotion it brings up because you cannot turn away from what is happening in our own lives. Or in Rue’s story, or Ali’s. You cannot move on to a different character or plot point, but you really don’t want to. Strangely, this diner booth of tears is comforting, and all you really need.

Part two of the Euphoria special will focus on Jules and is set to air on January 24th on HBO Max.