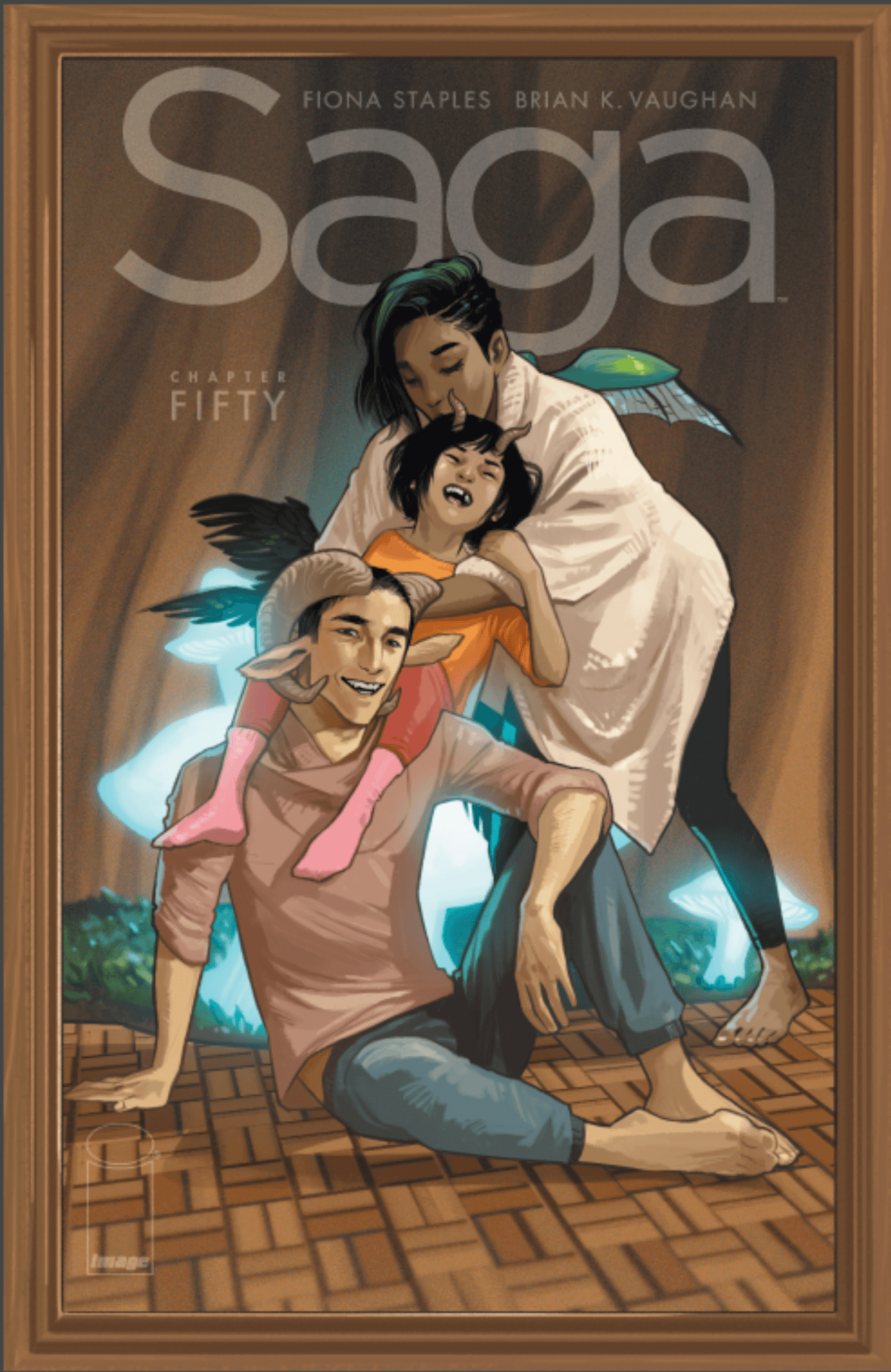 What a time to be alive when Saga is a story that not only exists but has reached its 50th issue milestone. There are few comics as visually striking and narratively poignant as this space fantasy opera. In #50, Saga continues to push every single limit and conception you had about what could be put into a comic.

The issue opens in a strange parallel with #1. We get to observe an intimate moment between Marco and Alana, although the reasons why Marco has his head between Alana’s legs are drastically different between the two issues. Staples’ artwork is absolutely breathtaking. She really gets a chance to carry the passion between the two wayward lovers without any word or sound. Her work reminds us that for all of the interplanetary political intrigue, this is a love story. 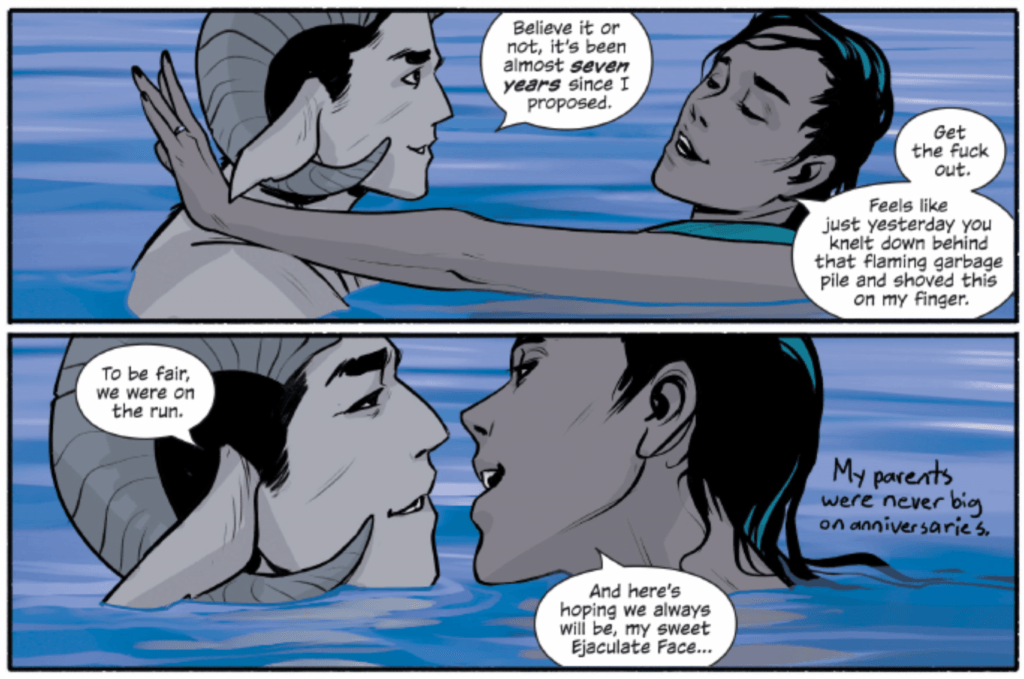 Of course, the politics are still there in spades. After Marco and Alana reflect on the years that have passed, Vaughan continues to harp at the strange inconsistencies of the journalistic world. Doff and Upsher try to “sexy up” the military collision he hinted about at the end of #49. The underlying commentary of how the story of a child from two alien refugees would be a much easier sell than the actions that led to countless dead, stings. The fact that Doff and Upsher are writing this groundbreaking story just to avoid losing their jobs, stings. It’s a plotline that resonates loudly. 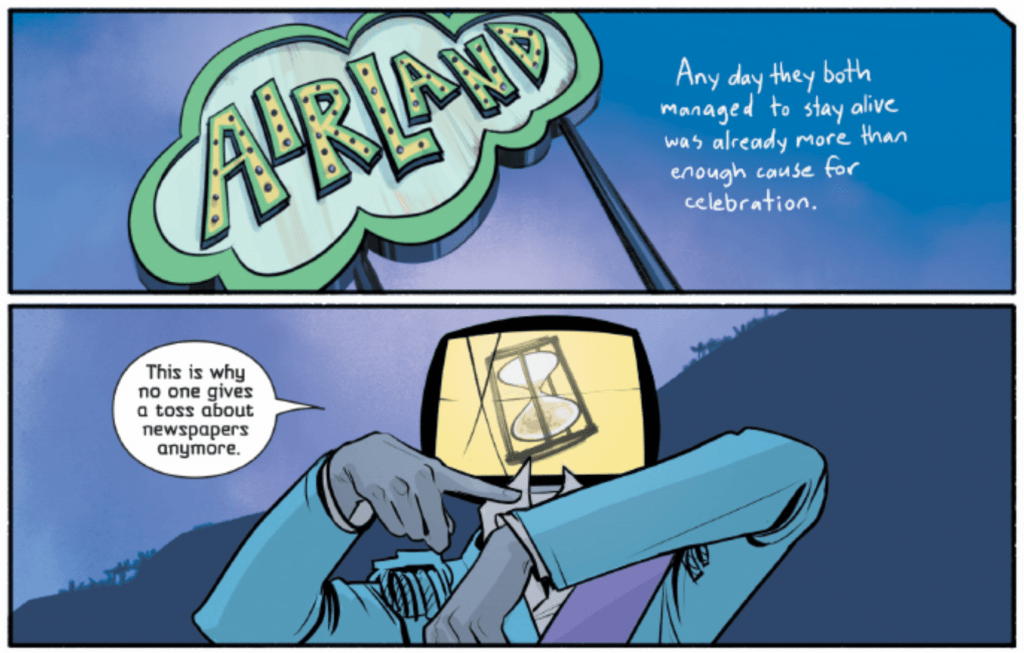 Not to outdo themselves, Vaughan and Staples manage to fit three additional storylines in this issue. Without going into any more spoilers, all of the threads from #49 continue to expand. The implications of the cast’s actions continue to grow and escalate. Every panel has the ability to bring you to tears, shout in joy, or feel fear flood your body.

This is the zenith of storytelling. This is the textbook on how to construct simultaneous narratives and still feel like the overarching story arc is progressing at full speed. This is just the latest example of how Saga has fundamentally altered the world of comics and how it’s not to late to start reading. This is a reminder to pick up your pull so you can see the saga unfold.

Saga #50 gets 10 “Inappropriate Adult Conversations” out of 10