It’s been a while since my initial review of Sailor Moon Crystal, but yesterday was the 13th episode of the series, meaning we’re officially halfway through, and we need to take another look at this revamped series. This is a tough one, because there’s so much nostalgia here. Sailor Moon defined the magical girl genre and was—and still is, as evidenced by all the hype surrounding Crystal‘s release—wildly popular. But I’m sorry to say Crystal just isn’t doing it for me.

Here’s the thing about Sailor Moon—it’s ridiculously campy. The magical make-up transformations, the Tyra Banks poses during fight sequences, the unbeatable power of love—c’mon, you can’t really take that seriously. Still, it’s like the original Batman—one of a kind. It’s meant to be campy, and it has a sense of humor about it. That’s what we had in the original. A sense of humor. Crystal keeps the ridiculousness of the original but forgets all about the laughs, so all we’re left with is the shallow glitz of the 3D, CGI animation that makes everyone look overly glossed and a bit too skinny. I recently watched an episode of the original from about the same part we’re in now, near the end of the Dark Kingdom arc. The first time Usagi encounters Princess Serenity, she says, “someone needs to call the fashion police because this chick walks around in public in a nightgown”. That Usagi was so much funnier—and not just in terms of her wit, because there was a lot more slapstick in the original as well. Before I go on forever ranting about apples versus malnourished, CGI-animated oranges, let’s go into what’s happened in Crystal so far: So that’s where we left off. I know I’m sounding bitter here, but this Usagi really isn’t doing it for me. She’s weaker, whinier and less confident, and as I said earlier, we’re missing out on the humor. A large part of the reason for that is the speed at which this series progressed. People always complain about filler episodes in anime, and true, they can be frustrating, but they also give the series time to breathe. In the original series, we had episodes upon episodes of filler and the same cookie-cutter plot structure to every episode (with the exception of the finales, of course). But we also had a longer amount of time to get to know Usagi and the rest of the Scouts. We get to learn a little bit about each Scout during their introduction episode, but beyond that, we don’t know shit about them.

For example, what happened to the funny banter between Usagi and Rei? Jupiter used to be my favorite of the inner planets, because Makoto was the strongest but was also incredibly loving and a fan of cooking. We got a bit of that in episode five, but after that, she faded into the background like the others. Even Usagi lacks personality. Most of the time we only see her talking about Mamoru. And their relationship in Crystal is dull, because we lost a lot of the antagonistic flirting we saw in the original as well. They’re like that one couple who sit in each other’s laps and call each other pet names and feed each other chocolates while giggling and staring lovingly into each other’s eyes—while in the middle of a party. Throw some cold water on that shit, because nobody wants to see that.

[Sidenote: Remember episode four, “Masquerade Dance Party,” when Tuxedo Mask gets super sketchy and is creeping on Usagi when she’s sleeping? And then randomly kisses her??? Dude, totally not cool. That wasn’t consensual! What if some random guy came up to you and kissed you while you were sleeping, Mamoru? … That’s a bad look for you, Mamoru.] 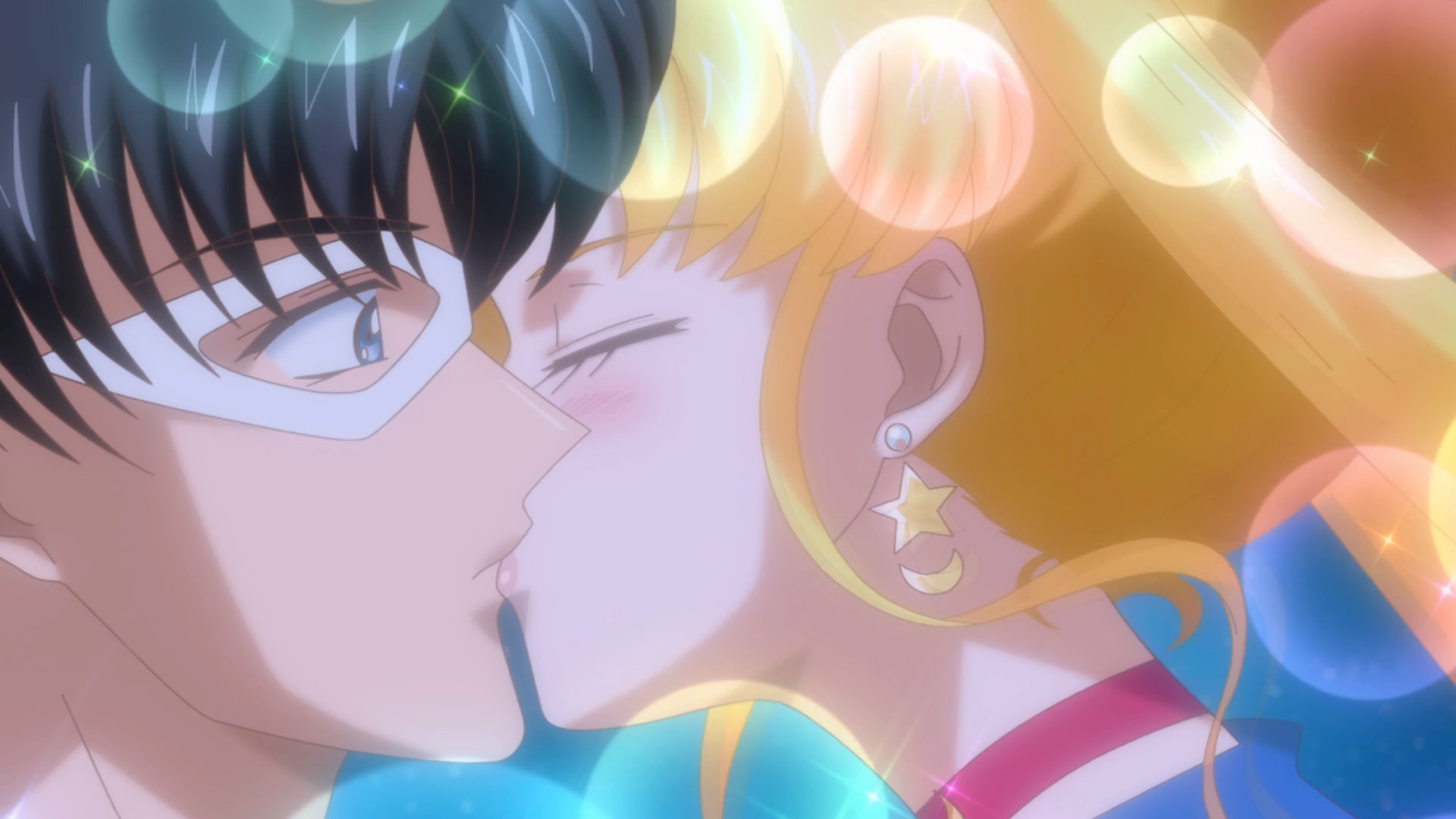 Overall, the series is also much darker, with all the deaths and suicides. I have to say that I’m surprised that they killed the Dark Kings after establishing them as the significant others of the Scouts. And then there’s the whole suicide thing that Usagi keeps doing—not just once, but twice, for good measure. None of that would have fit in the original version—not just because the it was aimed toward young kids in America, but also because it would’ve been way off tonally. The irony of Crystal is that even though we don’t get much personality from the Scouts, the series still manages to carve out time to round out its antagonists. The Dark Kings and Queen Beryl are made into sympathetic characters—after all, they were just possessed and manipulated by Metalia. If only we could get just a little more from the other characters as well.

Despite my gripes, I’m a faithful Sailor Moon lover, so I’m going to stick with it through the end. Check back at the end of the season for my full Sailor Moon Crystal review. I’ll see you on the other side, folks.