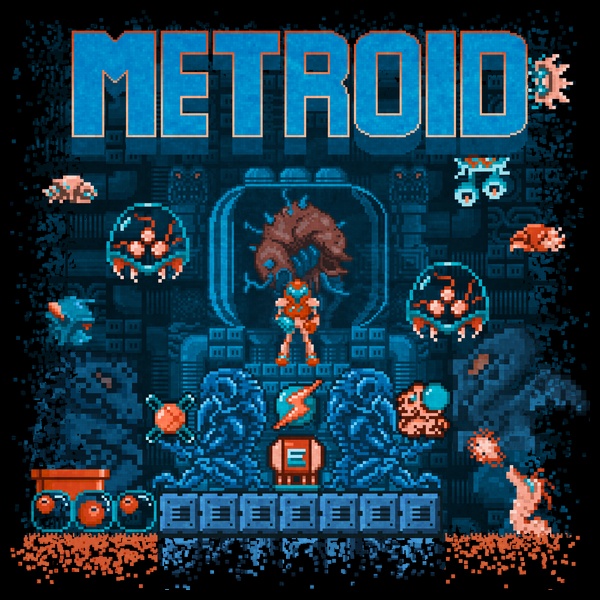 All hail Samus Aran, patron saint of the bait-and-switch.

By now, over 30 after Metroid’s debut, we all know that Samus Aran is a woman, but in 1986 when all the players saw was a badass in a Power Suit (and Arm Cannon) fighting the Mother Brain, no one questioned that she was a dude.

Of course she was a guy. Exhibit A: Badass. Exhibit B: Fighter. Exhibit C: [slide show of Exhibits A and B on loop]

So when the reveal came, when Samus “becomes” a woman instead of remaining the very capable man that we assume her to be [we don’t have time to unpack this misogyny and internalized misogyny right now, but that doesn’t mean we shouldn’t explore it in the future], it’s supposed to be a huge moment for the gamer. OMG! I’ve been a girl all along! Aw shucks! [cue the introspective “well I’ve learned something today” music].

And I get it. I see how important it was in 1986. I see why it was shocking. I understand the context: a woman action hero who was not a damsel in need of rescuing! These are the things the world needed to redefine what a hero was and what a woman could be. This is the video game version of those god-awful shoulder pads and dress suits that women were donning to be taken seriously in male-dominated fields. This is Working Girl and 9-to-5 and Aliens all rolled into one.

For me though, I already knew what I woman could be. My mother never needed rescuing. Or, at least not the kind of rescuing that needed to be provided by a guy. My mom only ever needed the kind of rescuing that calling up another woman of color could provide. My mom also spent a large part of my childhood lamenting the fact that I didn’t want to wear dresses. Growing up where and how she did, the luxury of being a fragile object to be recued, saved , and codded was never afforded to her. But in spite of, or possibly because of, that, she did have a very specific idea of what a woman looked like.

Spoiler: I didn’t even come close.

So to me Samus has always been about gender performance. Samus Aran was validating AF for a tomboy like me. She was androgynous and sexless in her Power Suit; that’s how I felt in my tshirts and jeans and stained sneakers; it’s how I still feel.

I was never surprised that Samus was a woman; I was, however, surprised that they “let” her wear the Power Suit. Wouldn’t it be more in line with our “a pretty girl like you should smile” culture if she had to fight the Mother Brain in pasties and floss?

Perhaps this is why I’ve never been a fan of the Zero Suit.

The Samus I needed as a kid, the Samus I need now is not clad in anything skin tight. And no, I’m not particularly upset by it or by the Lara Croft’s of the world. I don’t mind skin or seeing the she of a body, BUT I do see that a lot. What I see much less often is a woman whose silhouette is unapologetically armor, whose body is not meant for consumption. Samus, before the first gamer saw her revealed, was looked at as a man, as a human, as an avatar of the gamer; she was not consumable in the way that we consume women with our eyes just because they exist. Samus was not losing a beauty contest; she was not competing in one. This was vital to me. 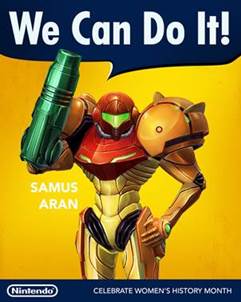 That’s what Samus means to me: permission to be a tomboy; permission to fight as hard as I can with no regard for what that looks like; permission, too, to reveal the soft underbelly beneath the armor to those whom I choose. 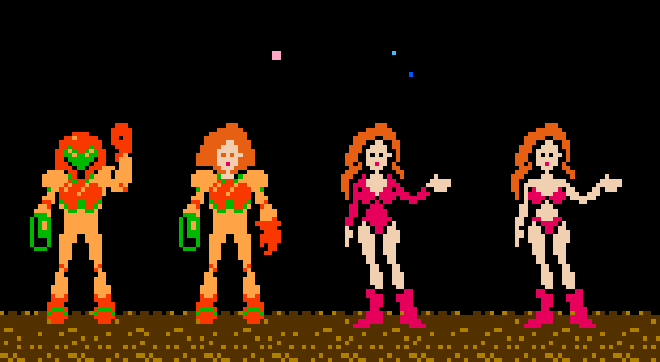