Keepin it a stack. This episode was mad luke warm dingy bath water. I expect Gladiator excellence every Tuesday night at 8, but sometimes what you get is Percy Jackson and a Lightning Thief turnout. Now don’t get me wrong, I ain’t sayin’ Percy Jackson trash, I’m just saying it ain’t droppin’ no jaws on the face of anybody I respect. It ain’t tickle my fan boy fancy is what the fuck I’m talmbout! We did get a great second look at the Speed Force tho. Kevin Smith handled directing duties the first time Barry ran up in there during the Runaway Dinosaur episode.

S.T.A.R. Labs: The team starts off with the obvious; figuring out how to extract young Christopher Wallace West from the Speed Force. Only problem is, the Speed Force is like the dam Phantom Zone. Don’t nobody know how that shit works so the squad is stumped. Who turns out to be the one who figures it out and saves everyone from this conundrum? HR, of course. He doesn’t know how to explain it, but he knows a way to create a contingency plan or emergency exit, “So Young BA can safely go in there.” Excuse me? Am I hearing this correct? Is HR listening to Young MA on the low?! I digress.

Cisco, Caitlin and Julian devise a plan to monitor Barry’s vitals while he’s in the Speed Force. If shit hits the fan, they have a “tether” in place so Cisco can vibe him back to Earth. Jesse Quick wants to venture into the void with the Flash but he shuts that shit down real quick, explaining a Flash has to be around to hold Earth down if a villain decides to be on that fuck shit and pop off. Barry prepares to head into the unknown and Iris leaves abruptly. Barry chases her down as and asks the biggest question of the episode, “Iris, did I lose you?”

Into The Speed Force

Cisco takes Barry as far as he can go and lets our hero take care of his business. Barry first encounters Eddie Thawne, or more like an avatar of him speaking as The Speed Force. He’s the first example of a life that would have turned out very different had he never met or encountered the Flash. Barry escapes a time wraith in order to move onto the next level of this early 90s video game. Ronnie follows him as the next example of a life that could’ve been. Ronnie stands there in his Firestorm gear with Caitlin and their coulda shoulda woulda been baby.

The dopest part of the episode was when we finally got a good look at this long awaited Black Flash that the theorists have been jumping for joy at. Turns out to be Hunter Zoloman who got his existence sucked away by some Time Wraiths last season and is clearly the Speed Force mercenary on the block. It was a sick little Flash vs Black Flash showdown that ended way too quick. Flash escapes near death by using the tether to fade Black Flash, destroying his chances to get home. He finally sees the person he has been looking for this whole time; Wally stuck in an eternal loop of watching his mom die in the hospital bed. Steadfast is Barry in his decision to not only save Wally, but replace him in the Speed Force. As expected the most important Ghost of Flash Past begins to teach Barry the lesson of the episode and maybe his life.

The Coldest Villain Ever

The greatest rogue in Flash history, Leonard Snart aka Captain Cold appears before the Scarlet Speedster. Snart joins Ronnie and Eddie in the “Maybe I wouldn’t have died, if it wasn’t for the Flash” speech but this one has a bit of a different ring to it. Snart, inspired by Flash’s selfless attitude, went against his rogue ways deciding to sacrifice himself to save The Legends of Tomorrow. The lesson Barry must learn: You and only you can save Iris from her grisly future. Not Wally, not Jesse, no one but you, Barry. Stuck on that clown shit, Snart is forced to take Barry out if he can’t accept his responsibilities.

The Freeze Yopper is about to mop Barry’s soft ass up off the floor when Jay Garrick saves our hero (Thanks Cisco) and drops some of the most honorable superhero bars in Flash history. His wise, older self has decided to spend the foreseeable remainder of his days in The Speed Force, taking Wally’s place, allowing them to escape and stop Savitar. “Every marathon has a finish line. Do what you do best. Be the Flash.” Jay tells Barry, and OG Flash has once again come thru and rescued our stupid young hero. Maybe Barry will actually learn something from his second trip into The Speed Force.

Meanwhile, the writers still think they can have our heroes do dumb shit like we don’t notice. Jesse’s man is trapped and she’s having trouble feeling helpless, which is very understandable after Barry dubbed her on the Speed Force extraction mission. But deciding to use Savitar’s severed scythe to find and fight him? Na. Trash writing. I don’t care how many villains she’s defeated on Earth-2, not one could’ve came close to the level of ferocity that Savitar is bout. I hate to feed into this misogynistic fuck boi shit HR was on, but she really does need to sit her ass all the way down and wait for the “real Flash” to return.

The only benefit of her encounter with Savitar was when he dropped a suspicious line saying he’s lived all this before (hints at who he may be) and the big reveal, thanks to coffee junkie HR, that Savitar must be covered in some super advanced armor, if he needs this severed piece of himself back. As Savitar is seconds away from delivering the high and tight fade, Jesse shanks his big armored ass, Oz style. Savitar has weak spots and the team has officially confirmed that he’s mortal. But who exactly is this mortal?

Barry and Wally return home and Team Flash drops the newly acquired Intel on each other. “He is not a God. He’s just a man.” Savitar is the reverse turtle. Fast as fuck, but tons of weak spots begging to be exploited.

No late episode shockers this week, just Barry givin’ zero fucks about love and rockin’ Iris’ world after she tells him she still wants to marry him! The violin music refused to be silent and comes in full force when Barry explains his Speed Force learned lesson. “I love you, but you were right. I proposed because I thought it would save you. I thought Wally would save you. I was wrong. I, alone, have to save you in the future. Not by changing it, but by erasing it.” His will and desire to save those he loves should be more than enough as our hero becomes the man we are all waiting to see.

Can my girl Candice Patton get some fuckin acting to work with?! Shorty hasn’t done an investigative story since she tried to get herself killed by those arms dealers. Can she stop being a love interest or damsel in distress and just do her?

Could the writers be deading the love angles for the tail end of the season?! Straight real rap raw?! One could only hope.

Shit got wild in the Speed Force. Lots of call backs to fan favorite characters and Cross-Planetary movement.

Wally just spend who knows how long (in his mind) watching his mother die over and over. Traumatizing AF. Now his girl left him to go be the hero of a whole nother planet?! This guy is definitely gonna mope around like a sad sack the rest of the season.

Earth 19 Surprise Bombs Dropped by HR: Super Mario and the Negative World confirmed on Earth 19! Come on. Of course Mario transcends all universes.

Future Flash has developed a Speed Force prison of some sort to contain Savitar. Thats what we know. How was it created? How did he know past Flash would need Savitar containment? Among many other things are questions we still need answers to, but not get until seasons down through road. Season 3 recaps locked and loaded in the chamber right here. 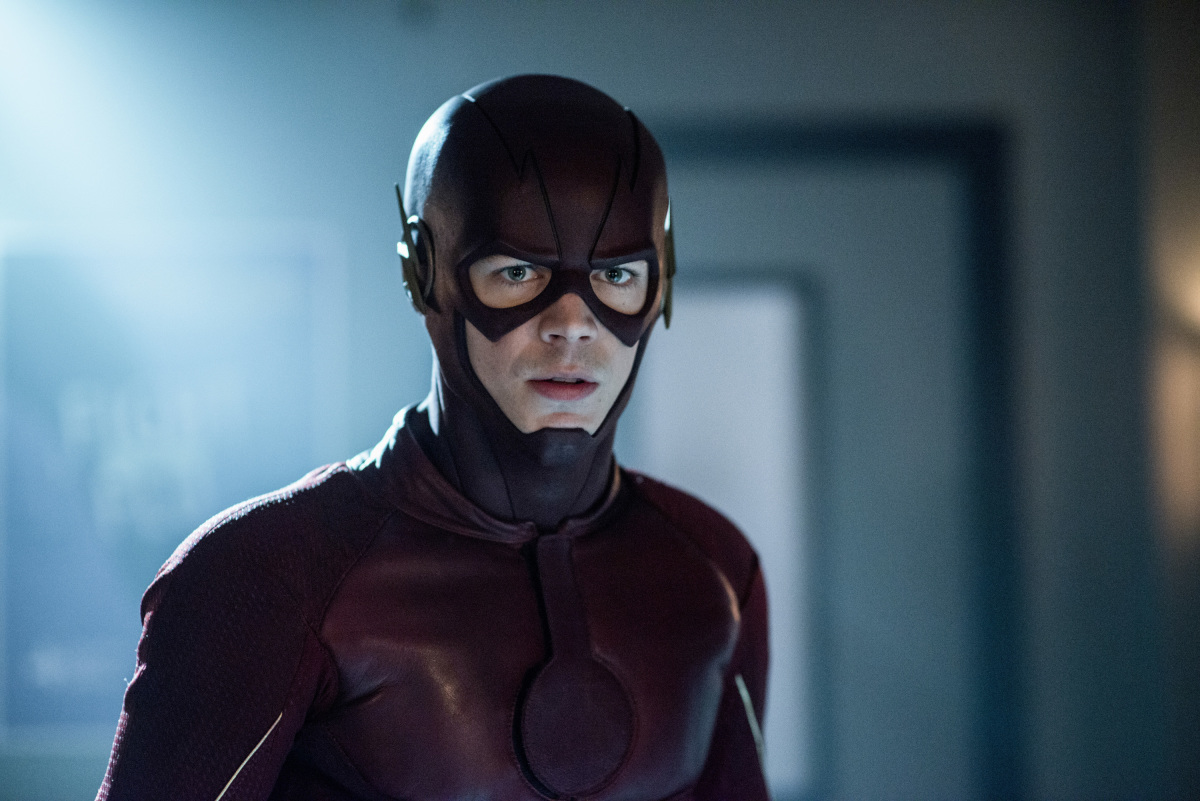