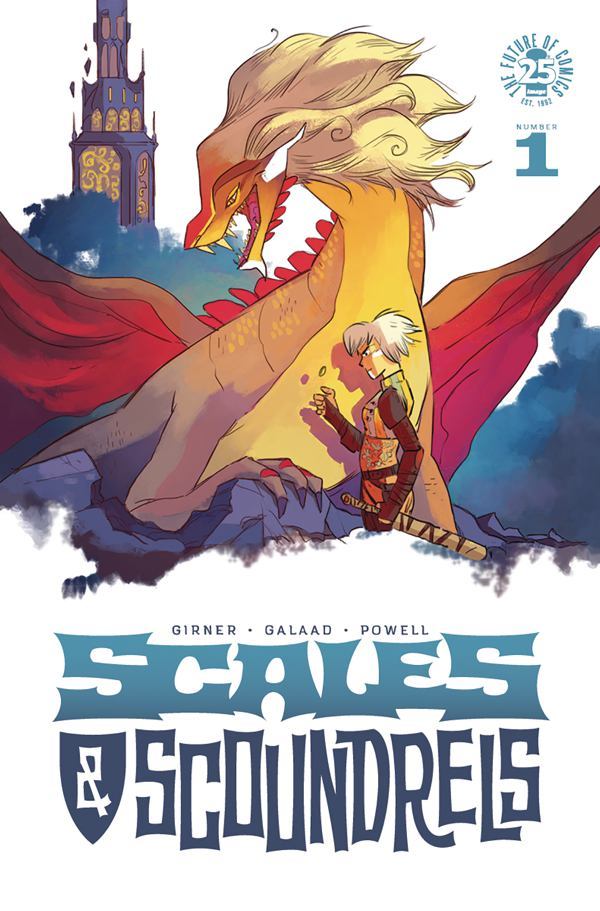 This book is dope. Flat out. A fresh take on the ‘scoundrel with a secret’ motif. Newcomers to the Image Comics main stage writer Sebastian Girner and illustrator Galaad (who is so dope they only need one name, like Prince or Zendaya) bring the heat with this entry by keeping it really freaking chill.

Centered around Luvander, the lovable rogue with (an obsession, actually) a heart of gold, Scales and Scoundrels drops us right into its medieval world with excellent pacing and depth. The artwork is light hearted and well-detailed, with really good focus on multiple character reactions. Galaad serves up an art style right between the bright aesthetic of Steven Universe and attention to emotional detail of Scott Pilgrim: Precious Little Life. Girner’s writing is light and well-measured. It gives us enough gravity to know we’re working with a growing story and language that is easy enough to follow the narrative with.

Scales and Scoundrels is a treat in the age of comic-to-movie-to-cartoon-to-animated feature-to-movie-to-comic pipeline. The simplicity of S&S reveals a true mastery of the craft of comic book making: less is waaayyy more these days. 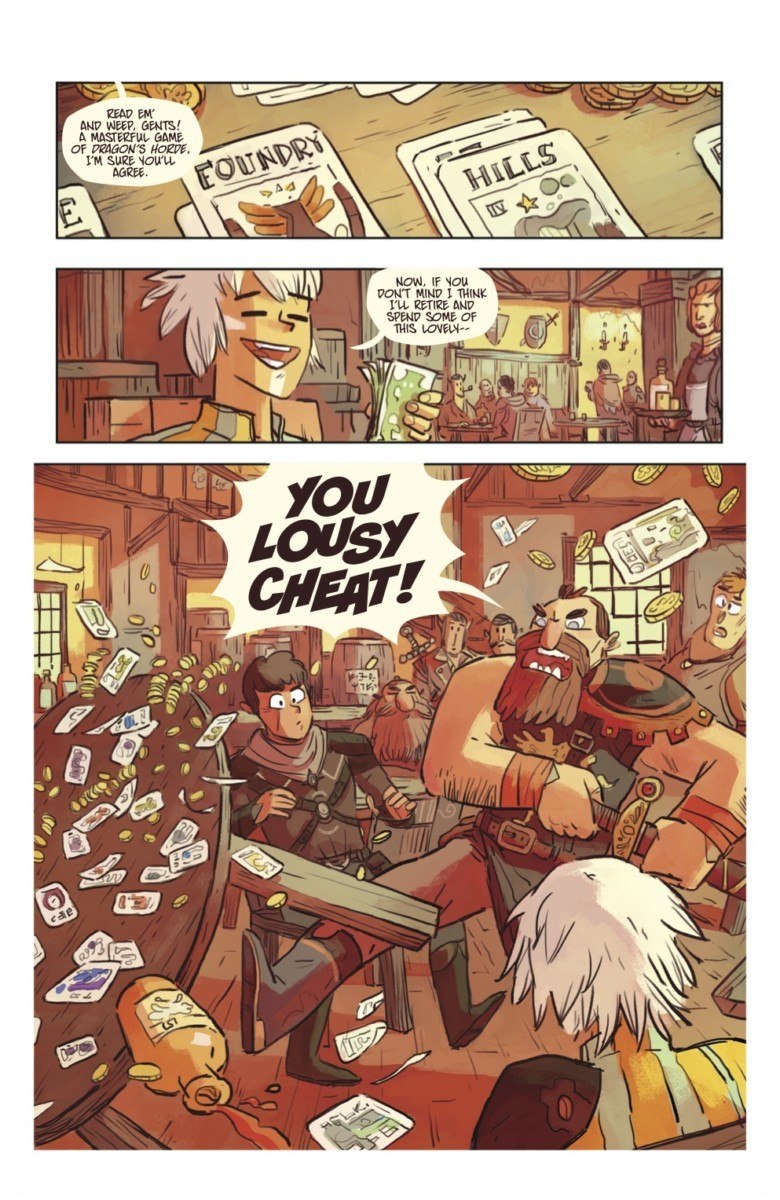 The mysterious mythology of the Urden and the dragon lore was deftly handled without muddling or sampling from the varied uses of the mythos from other authors. Using a dream to flesh out the backstory is a well-used device, but the splash page by Galaad keeps it fresh and informative without drowning us in cliche. Girden’s bold protagonist is a strong, proud woman engaging in the practice of feminist ideals, without drawing attention to it by name. Instead, it infuses the praxis of progressive gender representation, in a ’time’ those ideas weren’t as prevalent. There’s some very intentional use of diverse cultural aesthetics in the character design; Gaelic, West African, and Norse wardrobes and hair stylings comprise the makeup of this worlds’ citizens.

All of these visual and narrative storytelling devices make Scales and Scoundrels a standout comic for Image, and for comics in general. The last time I felt this excited about a book, I was flitting through the first few pages of Saga. Scales and Scoundrels is a rare gem with great bones (writing) and sturdy wings (art), it’ll fly far.

7 Roy Mustang Cameos out of 10