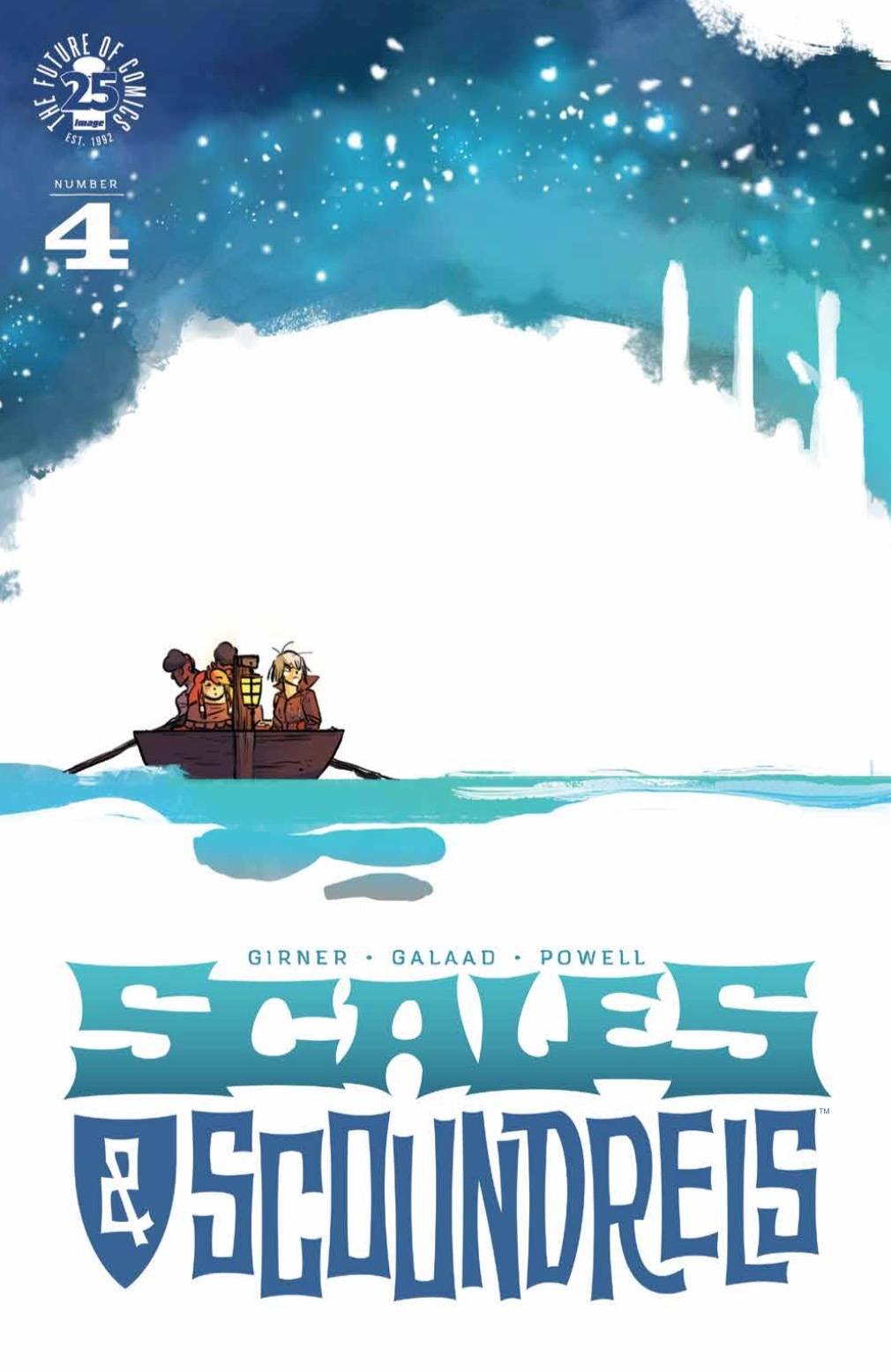 The road to the treasure trove of Dalden Laria lies beyond the fabled dungeon Dened Lewen, and it’s hard out here for a scoundrel. We pick up with our fair-haired rogue right where we left her, mid-fall. With the rest of the Dungeon Family elsewhere in the caverns beneath the mountains, Girner and Galaad expand their vibrant, medieval world underground in Scales & Scoundrels #4. 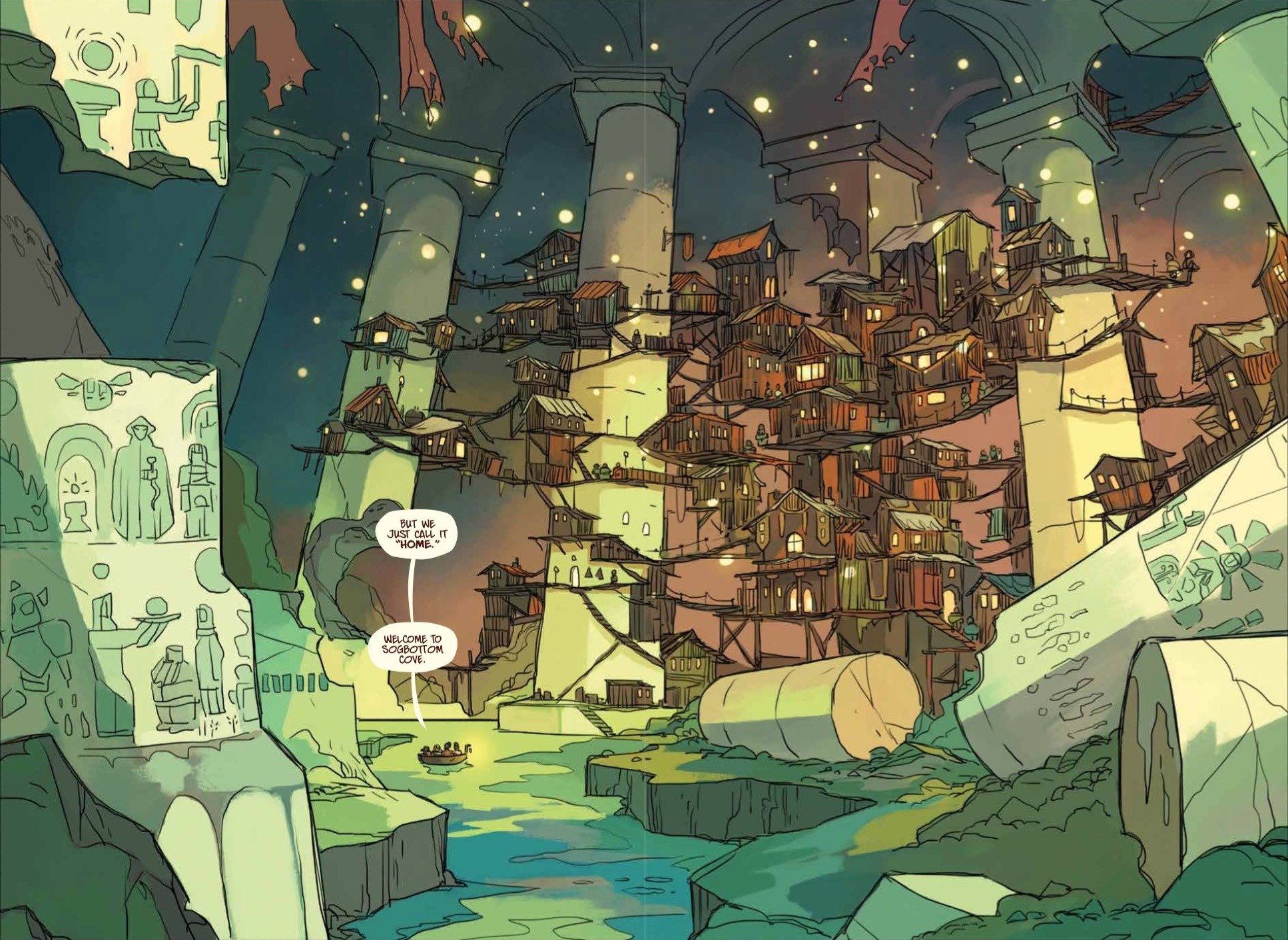 S&S #4 takes a different tone from the first three issues. Where the first few issues held bright, warm colors Galaad has infused a much cooler palette in the illustrations this go round. There’s a nice configuration happening where Girner’s character exposition and Galaad’s illustration style mirror one another in tone. It’s almost like they made the book together.

The realm of the dwarves is opened up to readers in Scales & Scoundrels #4. Cleverly hidden mythology jumps out from panels as Luvander and the crew make their way through the caverns. The Prince puts his foot down, Koro’s disdain for Lu gets put on Front Street, we learn Dorma’s last name, and the Dungeon Family scaridly go where no one has gone before.

Scales & Scoundrels adds layer after layer of narrative element with each entry. Issue #4 dangles yet more Urden (which I have to speculate is a half-dragon, half-person) and dragon lore in front of readers like a carrot on a stick. There’s a nuance to the method Girner and Galaad use to slowly disseminate this aspect of the narrative. It’s damn near glacial. It literally drives me to read each issue twice, once to get the story in and again just to scan for dragon lore. I am pleasantly surprised each issue. Scales & Scoundrels has the quick pace of Adventure Time and the ever-expansive lore of Steven Universe with the stability of a Tolkien novel. S&S just cannot disappoint.

8 Dragon References out of 10

Reading Scales and Scoundrels? Find BNP’s other reviews of the series here.