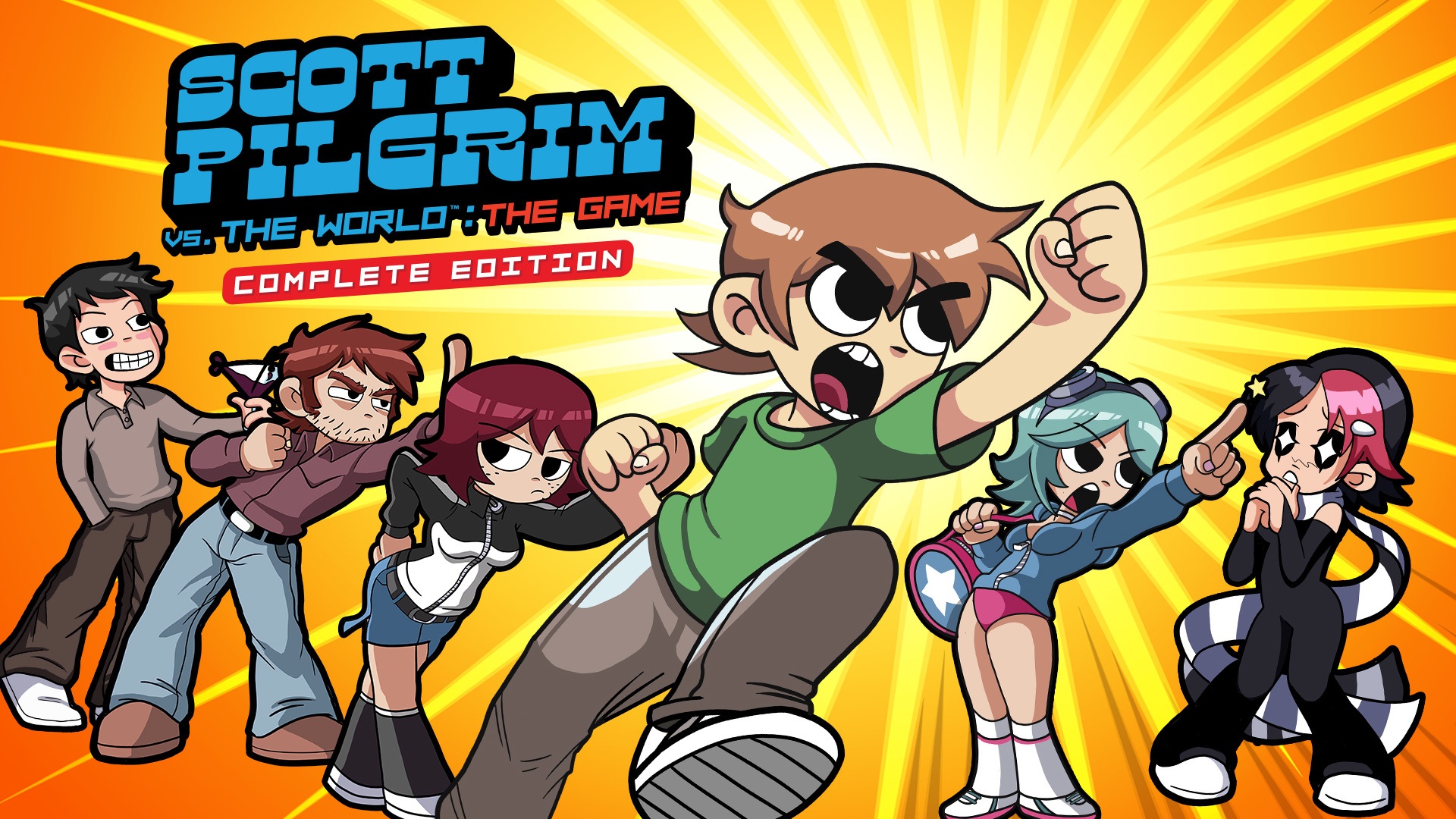 When the Scott Pilgrim graphic novels peaked in popularity, a tie-in game was the most obvious move. After all, Bryan Lee O’Malley’s tale of a Canadian slacker fighting for the right to date his American crush came packed with video game references. Animator Paul Robertson’s pixel art with a soundtrack by chiptune band Anamanaguchi combined for the perfect expression of its source material’s 90s retro aesthetic.

Unfortunately, this development pedigree was not enough to keep the download-only title online. Ubisoft delisted the game in 2014, but it seems the 10-year anniversary of the Scott Pilgrim movie has prompted a re-release. The heyday of the 2D side-scrolling ‘beat ‘em up’ is long gone, but other retro brawlers have sprung up in Scott’s absence. Two console generations later, is there still space for Scott Pilgrim among them?

Up to four players can select various members of Scott’s social circle before setting off to cross out Ramona’s Evil Exes. Between boss battles are a host of enemies to be beaten down with any attacks or weapons at hand. A ‘Guts’ meter manages super moves, striker summons, and a health-restoring second wind before losing a life. Players relying on ‘dash & bash’ tactics, however, will quickly find themselves flat on their backs and out of lives.

This level of challenge is how the game retains longevity. Forget to block — an uncommon action for the genre — and even low-level enemies will catch you slippin’. Stat boosts and health items can be bought with money from fallen foes while gaining experience unlocks better attacks. Grinding in a brawler is surprising, but less so once you’re aware how much Scott’s cross-city battle owes to OG beat ’em up River City Ransom.

Dating back to the original NES, River City Ransom holds little name-brand recognition nowadays. RCR, however, is one of the granddaddies of what might be considered ‘action RPGs’. At the time of Scott Pilgrim’s release, it was the closest one could get to a new game in that series. In the several years of SP’s absence, however, two different sequels to River City have been released. Each of those games has its own take on the genre, however, and so does Scott Pilgrim.

The return of SP even adds features like online multiplayer alongside all of its alternate game modes & DLC characters available from the start. In the same way that Scott Pilgrim built on River City Ransom, here’s hoping that upcoming games in this genre take some cues from the way SP uniquely walks the line between brawler and RPG. This means that despite the passage of time, Scott Pilgrim is still a great way to make change out of an Evil Ex’s five-dollar* ass.

*adjustment for Canadian-American exchange rates and inflation since New Jack City not included.

7 Out of 10 Demon Hipster Cheerleaders