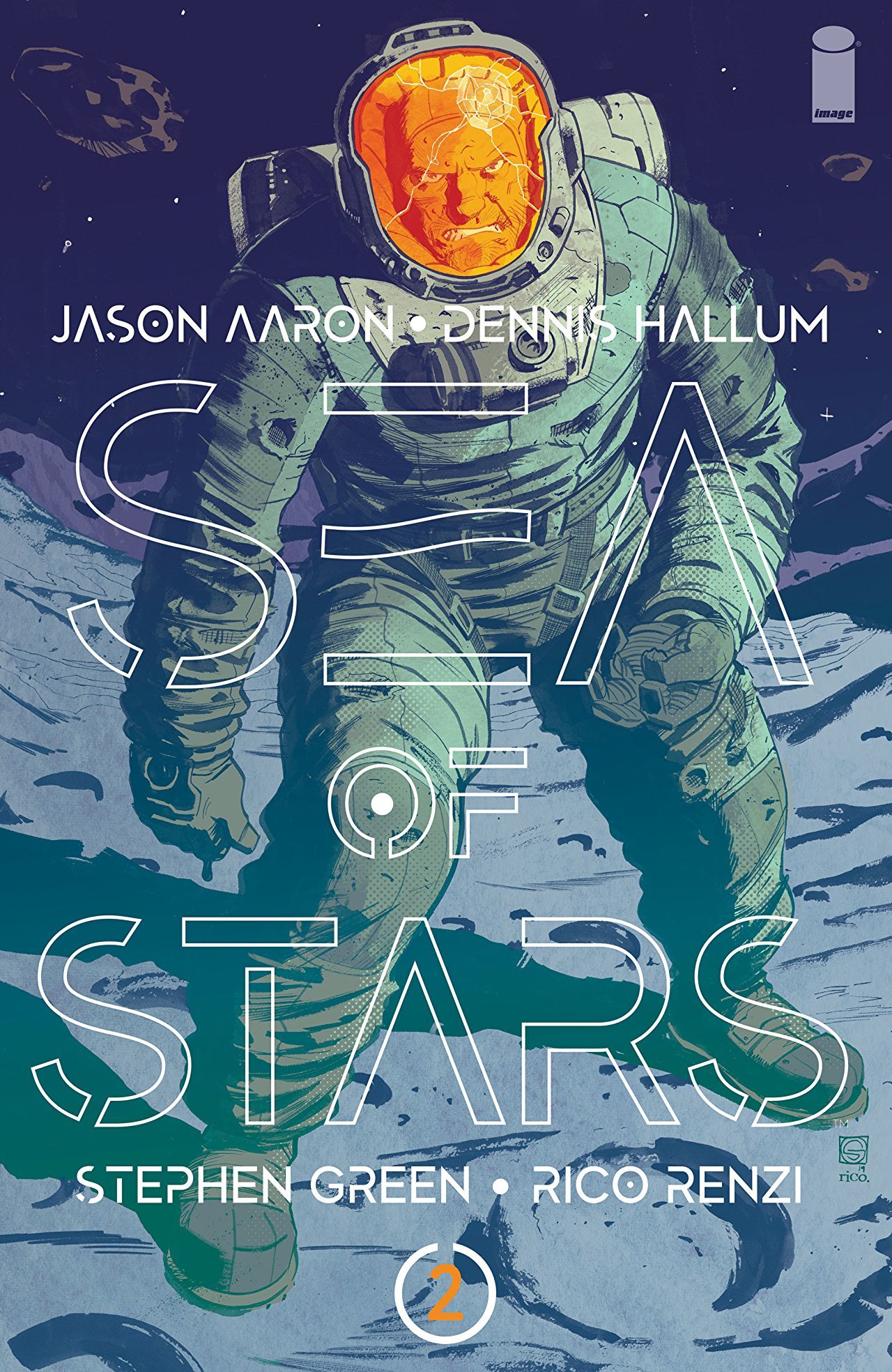 If there is one thing that Sea of Stars has accomplished in its first two issues, it’s setting the vision for Jason Aaron and Dennis Hallum’s expanding cosmos. The never-ending vastness, the dangers, the fear of the unknown. All of this is wonderfully felt in this great second issue. Space can be ugly when it wants to be in the world of Sea of Stars, and judging by Gil Starx journey this issue, it can also be relentless.

Most of Sea of Stars’ second issue follows Gil Starx after the attack on his ship. We start with his escape from whatever behemoth came after Gil and his son to every other series of unfortunate events that follows him. The great part about this heavy focus on Gil trying to survive after everything goes to shit is just how well Aaron and Hallum make it feel like the reader and Gil are both experiencing these series of events for the first time.

As pointed out in the first issue, Gil plays it safe when it comes to space trucking, so he’s never had to fight for his life in the cold empty void. He spent his whole life sailing safe routes and avoid areas where dangerous creatures are known to roam. So, just as the reader has no clue what is going on, neither does Gil. This makes it easier to emphasize with his situation and understand the terror he is going through. 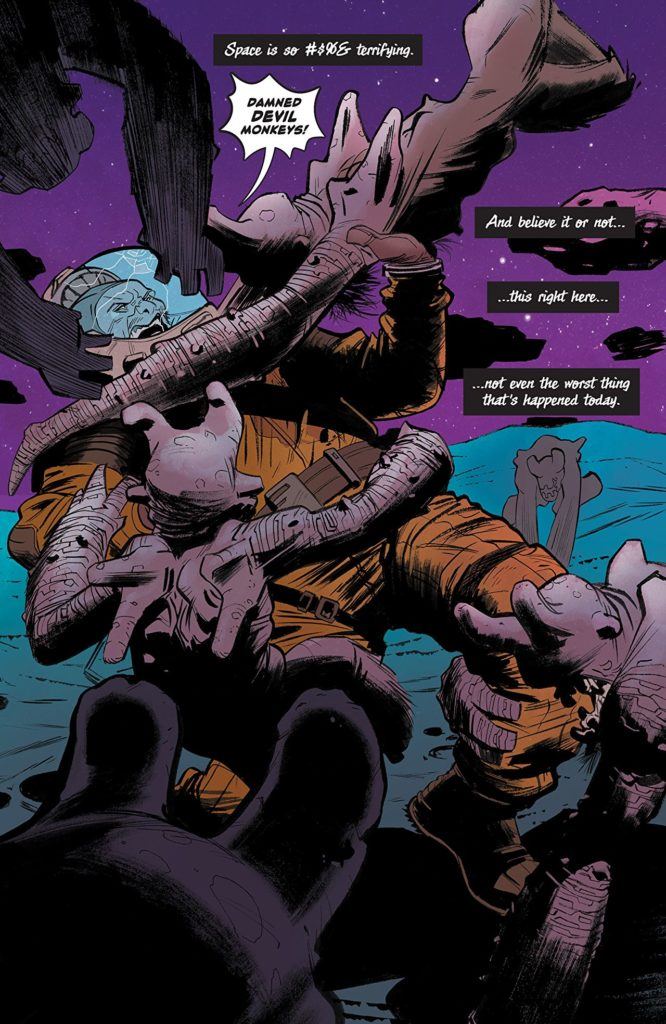 Gil’s journey this issue is pure chaos and that feeling of everything going wrong is only added by the excellent artwork of Stephen Green. From the various amounts of space debris surrounding Gil to the various brawls and scrapes he finds himself in, I especially like the nice little touches that Green adds like the detail in Gil’s broken helmet to the panels that feature his dwindling oxygen meter.

By no means does all of this mean that this issue is all style over substance. Readers are treated to a great deal of backstory that sheds some light on the relationship between both Gil and his son Kadyn. Even though Gil is going through the most terrifying moment in his life, coupled with the fact that his son is missing in space, you can see a father who is trying his best to fight through the danger and fear to find him. It’s good stuff and seems like just the beginning.