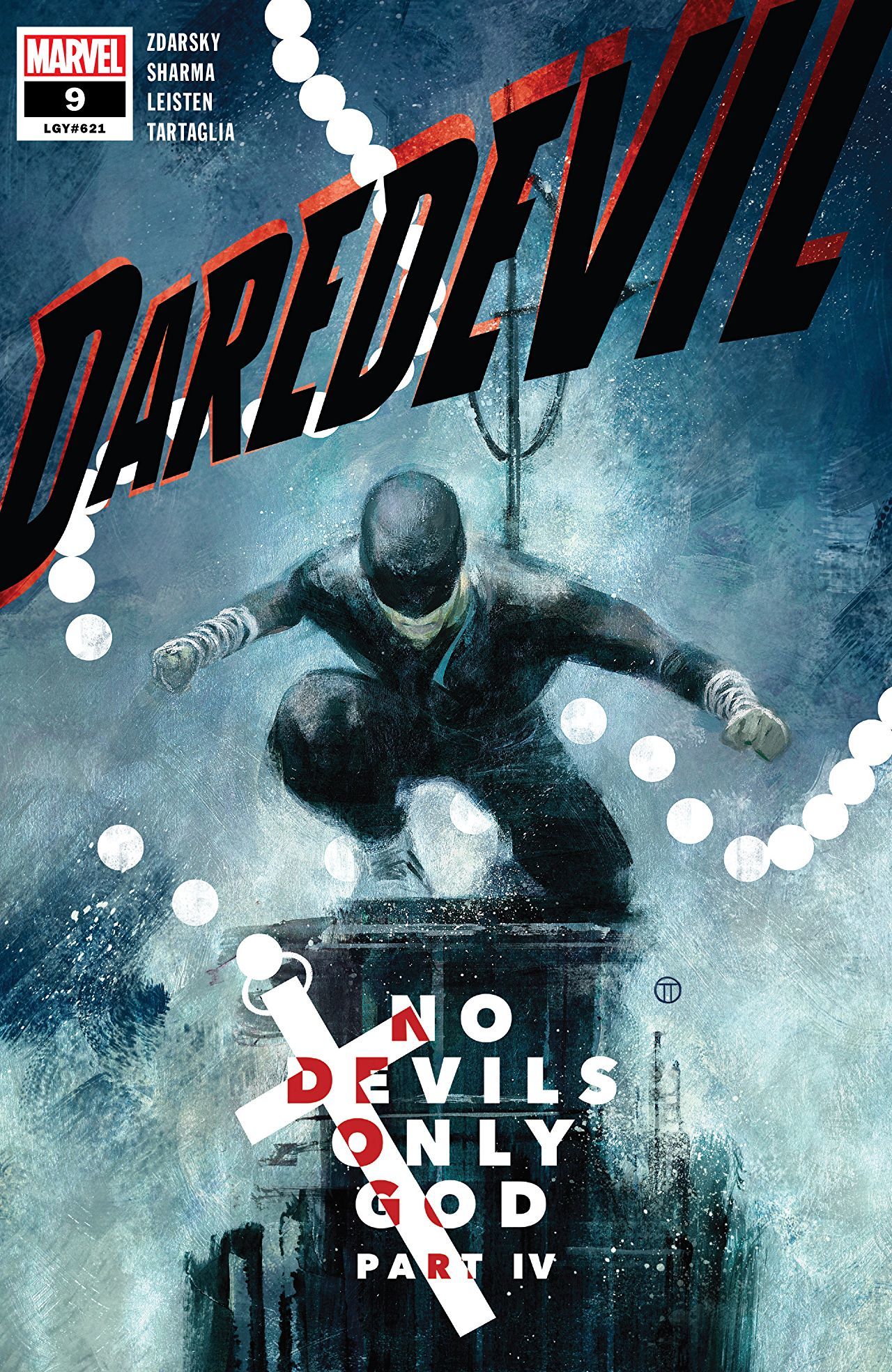 I want to give this comic a 9 but the art is just so bad! Like, really bad, and that’s all I’ll say about it. Zdarsky might as well be writing this comic for me. The latest installment of the “No Devils, Only God” story line pulls at all the heartstrings that make me love Daredevil. It almost feels like the idea that the universe gets to a point of expansion, stops, begins to close in on itself, and Big Bangs all over again. Spider-Man sat Daredevil’s ass down, and Daredevil knew Spidey was right. But the hand of God (a.k.a. Chip Zdarsky) pulls him into that superhero lifestyle. Matt Murdock is doing normal stuff; flirting with a bookstore owner. Then, BAM! She’s a mob wife. What to do in this dilemma? Why don’t we start with a theological discussion with Reed Richards? A discussion between Mr. Fantastic and Daredevil about God is everything I needed. In our normal people world, I am quite convinced in the mythology of the supernatural but when I’m in comic mode? Reed puts it well; after all he’s seen how can he rule out that there’s a god? The dude (and his constituents of dudes and dudettes) have literally talked to entities that could reasonably qualify as gods to many. “So . . . You’re agnostic?” “I suppose so, yes. I prefer ‘scientist’.” That shit gave me chills. 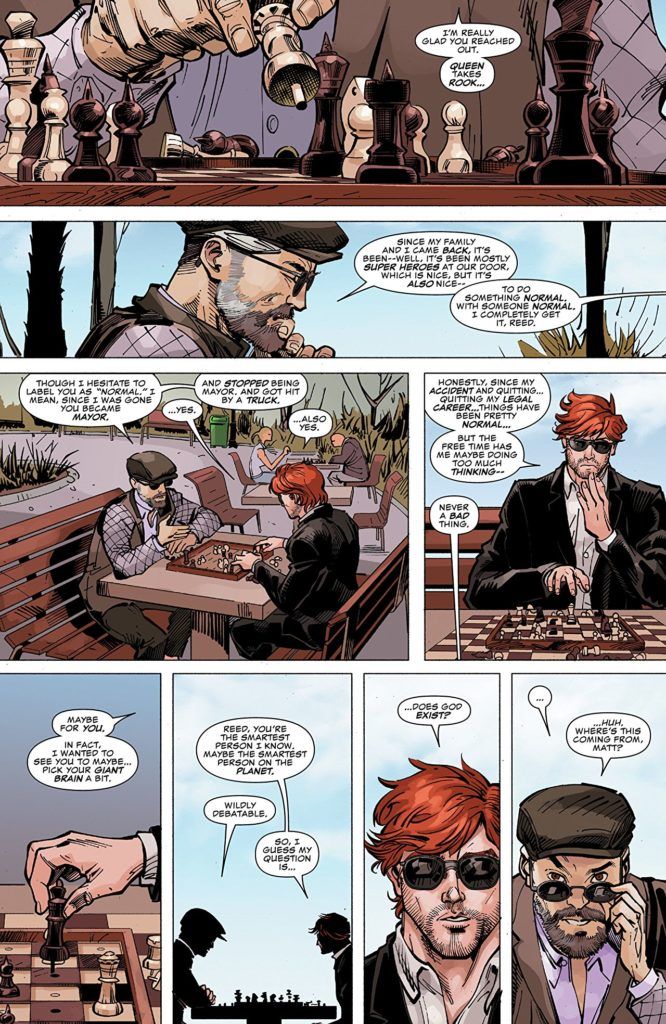 Matt finds himself in his house of worship with a nun to continue the wade through his tortured mind. She tells him as long as he’s not gay he’s fine. I’m kidding. She goes on beautifully about the kinds of “signs” God sends; very subtle coincidences that hold a special meaning. And this leads Daredevil to overhear the plight of a sister. He may not have it in him to bring down a crime lord, but he can try and save one kid. The story was just beautiful. Zdarsky really brings Daredevil to a familiar, yet exciting place. By the way, Detective Cole is having a really bad day. He is legit an enemy of his police station. In a socially conscious form, Zdarsky highlights the culture we’ve learned from good journalism about police forces. By taking the moral, principled route Cole has made himself into a pariah. At the end of the day, Daredevil will be Daredevil but where Cole ends up is in the air. The beauty of expendable characters. Keep it coming, Zdarsky.

8 “Bookstore Infidelities” out of 10