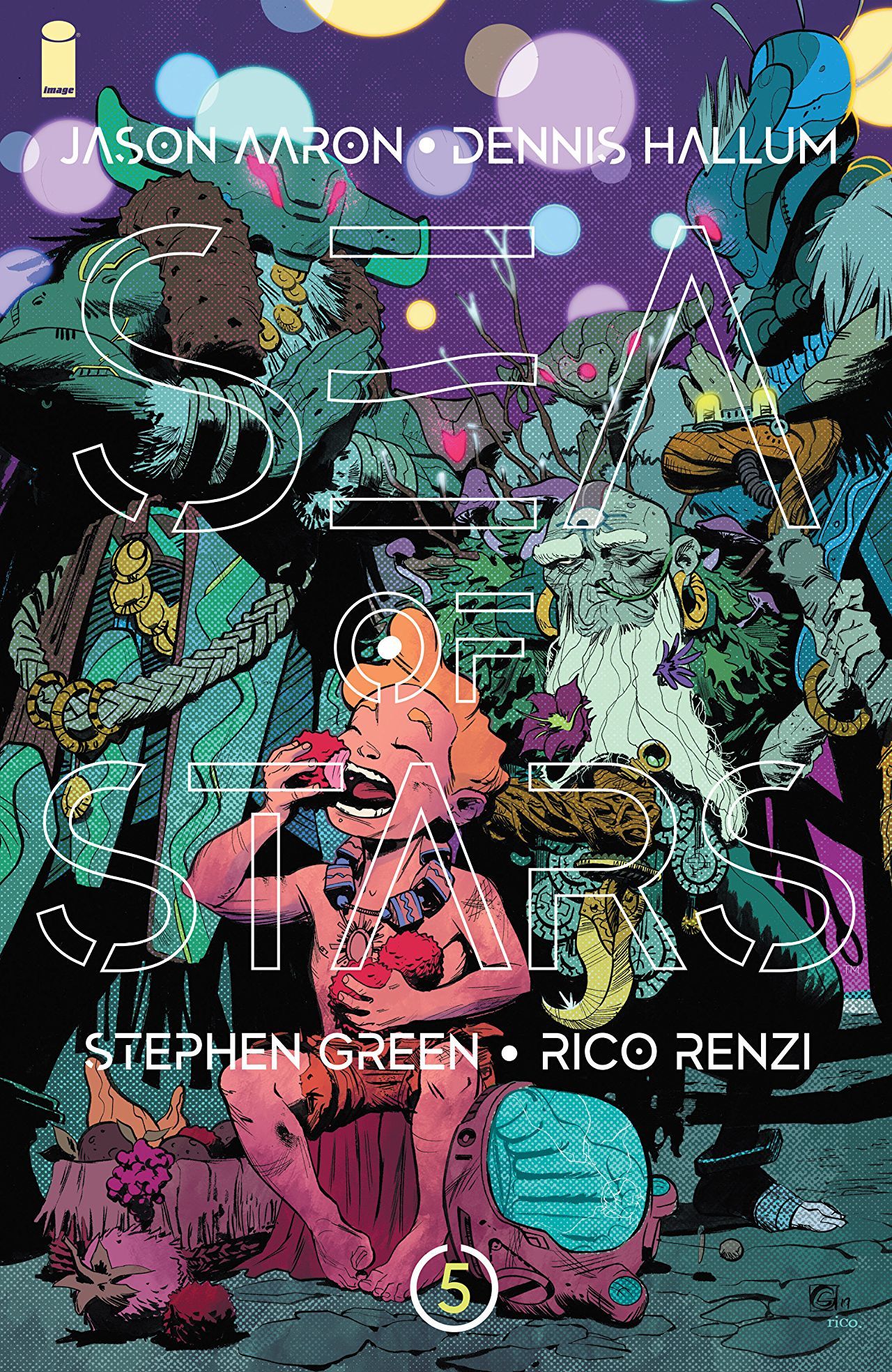 This is hands down the most exciting issue of Sea of Stars to date. Honestly, I didn’t think Aaron and Hallum would get to this point in the book so fast. The moment where both Gil and Kadyn’s journeys collide: essentially the climax of both their adventures. The tension is so high in this issue that it’s frustrating but in the best of ways.

The book gives away pretty early how close Gil and Kadyn are to reuniting. In fact, they do it within the first three pages. It’s good that Aaron and Hallum waste no time because they make great use of the knowledge that the reader has and our two main characters don’t. The anticipation of knowing how close the two are, only to be unaware that they are on the same damn moon makes each page that much more enticing. Even worse is the situation the two of them find themselves in. 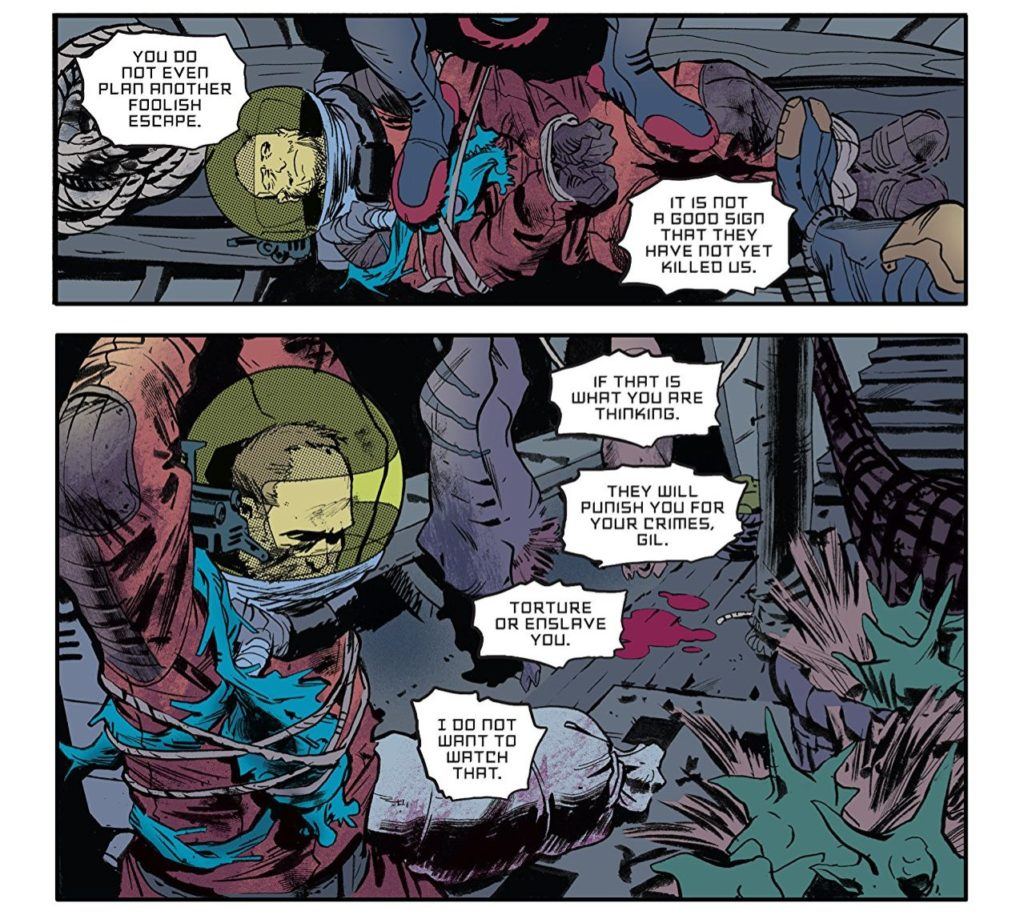 It’s a bit of an understatement to say that Gil hasn’t had the best time since the giant beast attacked his freighter. After losing the signal on Kadyn’s helmet, it’s heart-wrenching to see a father lose all hope. The depression and loss of will to live is understandable when you think about the odds of finding your only family in the endless sea of space. Meanwhile, we have poor Kadyn. I praised Aaron and Hallum’s writing of Kadyn before as they manage to capture the selfishness, naivety, and joy that only a child can have. We look a Kadyn now and see a child who is full of wonder but has no idea what this strange space cult has in store for him. 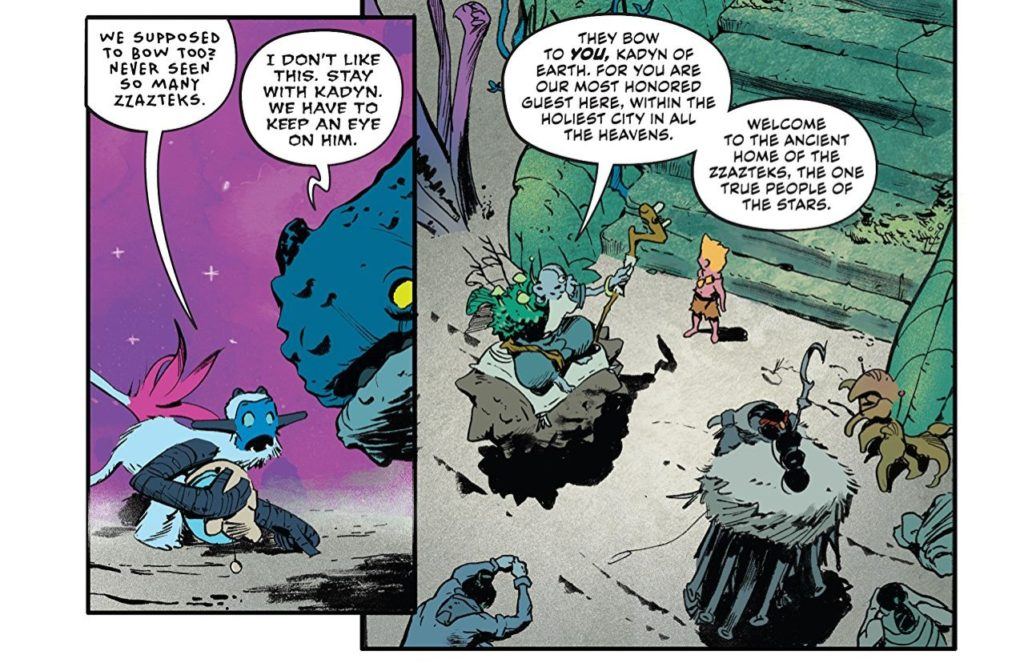 Sea of Stars is a book about the strength of a father and son’s relationship across the stars. It’s amazing how in so few issues the book has made you care about these two and seeing them reunite. The setting only makes this journey even more intense. That’s only due to Stephen Green painting the vastness and beauty of space along with the emotion of this epic. The end of Sea of Stars #5 leaves you wanting more. Aaron and Hallum cutting us off before the reader gets just what we want from the story shows they know damn well what they are doing.