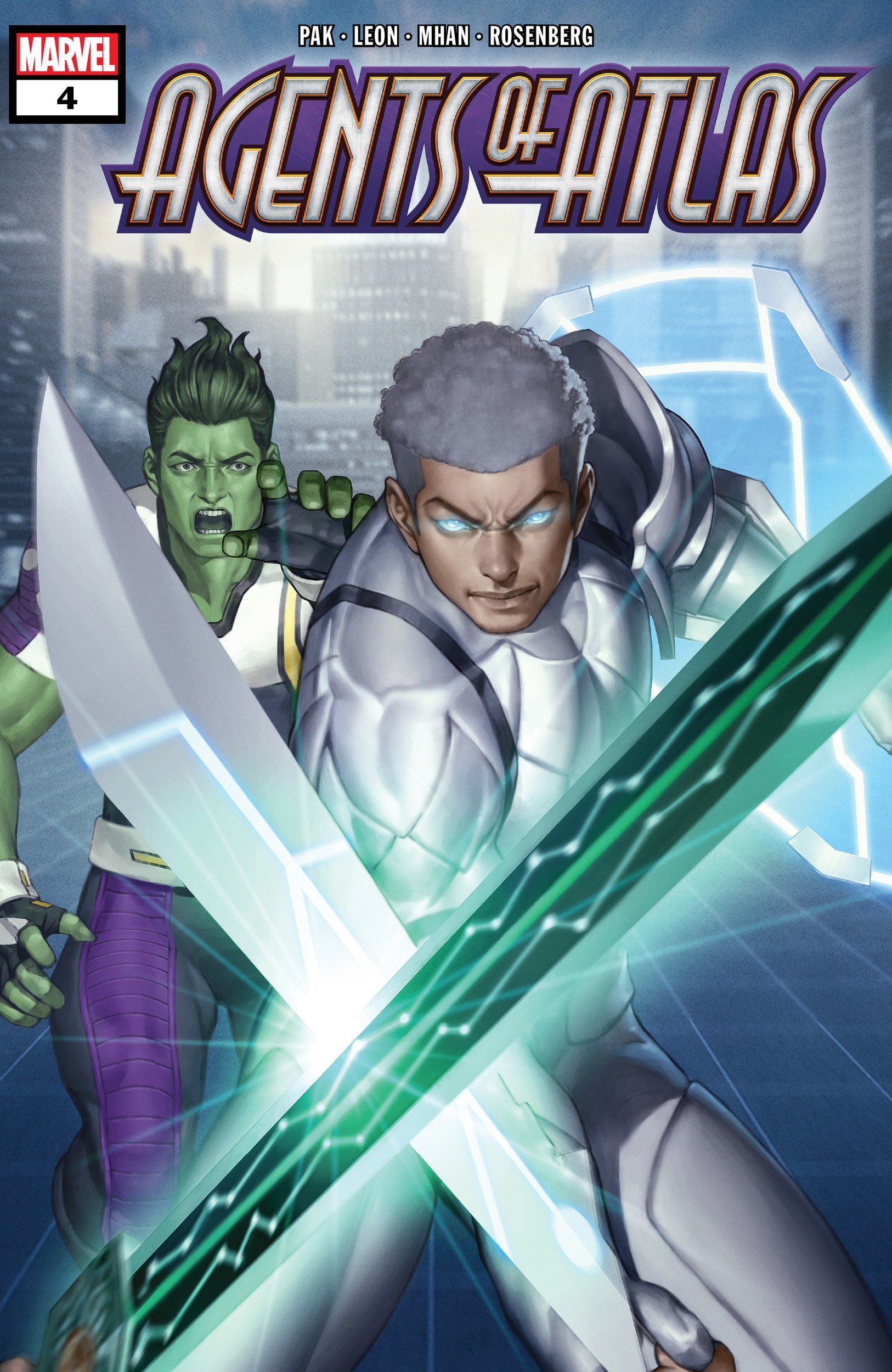 It’s exceedingly telling that my biggest issues with Agents of Atlas start at the fact that this arc has only one more issue after this and stops at the fact that I still don’t have an ongoing solo series starring Wave. (Although, to be fair, I am getting a healthy fix of Wave content thanks to Aero. What can I say: I’m greedy like that). I love this series with all my heart. Pak, Leon, and Mhan have succeeded in creating a compelling ensemble story where most of the characters are new or unfamiliar to the general audience. Pak has found a distinct voice for each of the cast, and Leon and Mhan’s renderings of the characters, alongside Rosenberg’s colors, capture so much personality and heart in the panels. It definitely generates a feeling of familiarity while still giving each character a chance to shine. 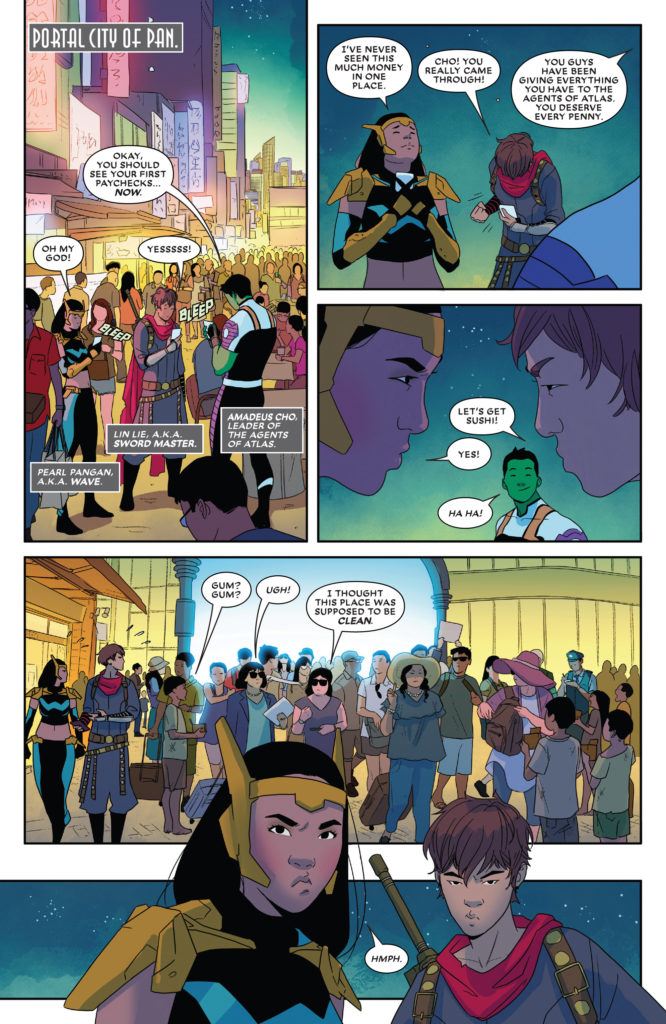 The penultimate issue of the “Portal City of Pan” arc opens with the Agents of Atlas at odds with Pan Security. Coming as a surprise to absolutely no one, Pan security has a problem with poor people because they don’t fit into the idyllic description of multicultural melting pot since they’re guilty of… eating. Kinda stings that people can’t live their best lives in a supposed utopia. Although that’s probably the point Pak is trying to make: there’s no paradise if it can’t shelter and provide for those who lack the resources.

The Agents of Atlas go on a multi-pronged investigation mission to figure out the true intent behind the existence of Pan, which means investigating Mike Nguyen and the company he keeps. Intermittently through the central mystery, Pak takes several moments to have candid talks about class parity and refugee statuses in simple, elegant beats that make me appreciate the story more and more. If I have any complaint, it’s that there are so many moving pieces that I don’t know how everything is going to wrap up nicely. But, I suppose I’ve followed Pak this far; I won’t question it too much. 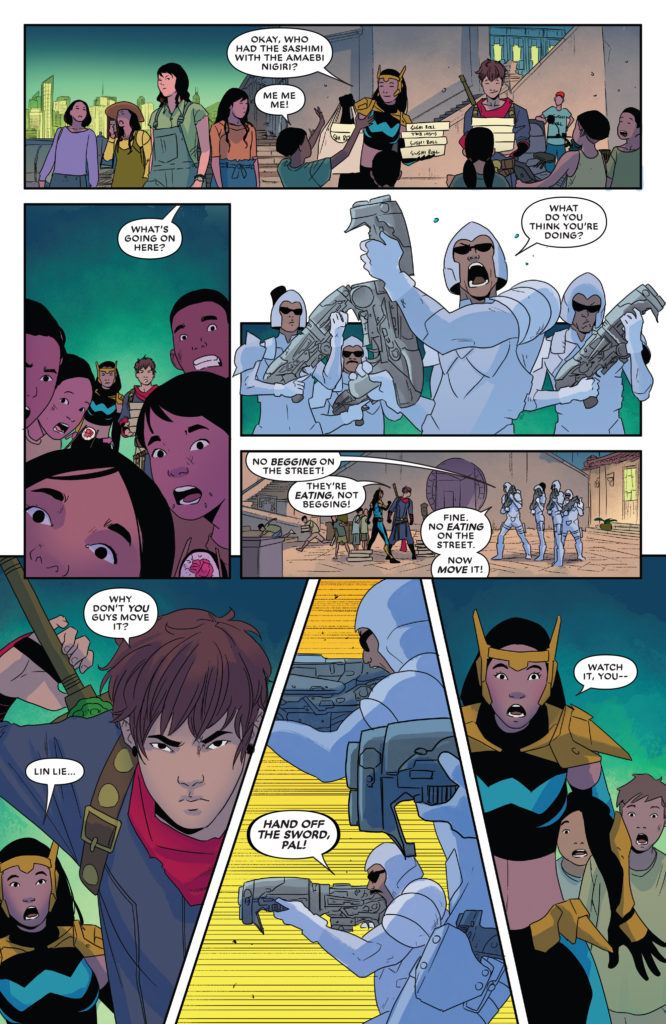 Between the resonant writing and clean artwork from Mhan, Leon, and Rosenberg, Agents of Atlas #4 continues to be a benchmark example of both Asian/Asian-American rep and a good use of an ensemble hero cast. I’m already looking forward to next month.