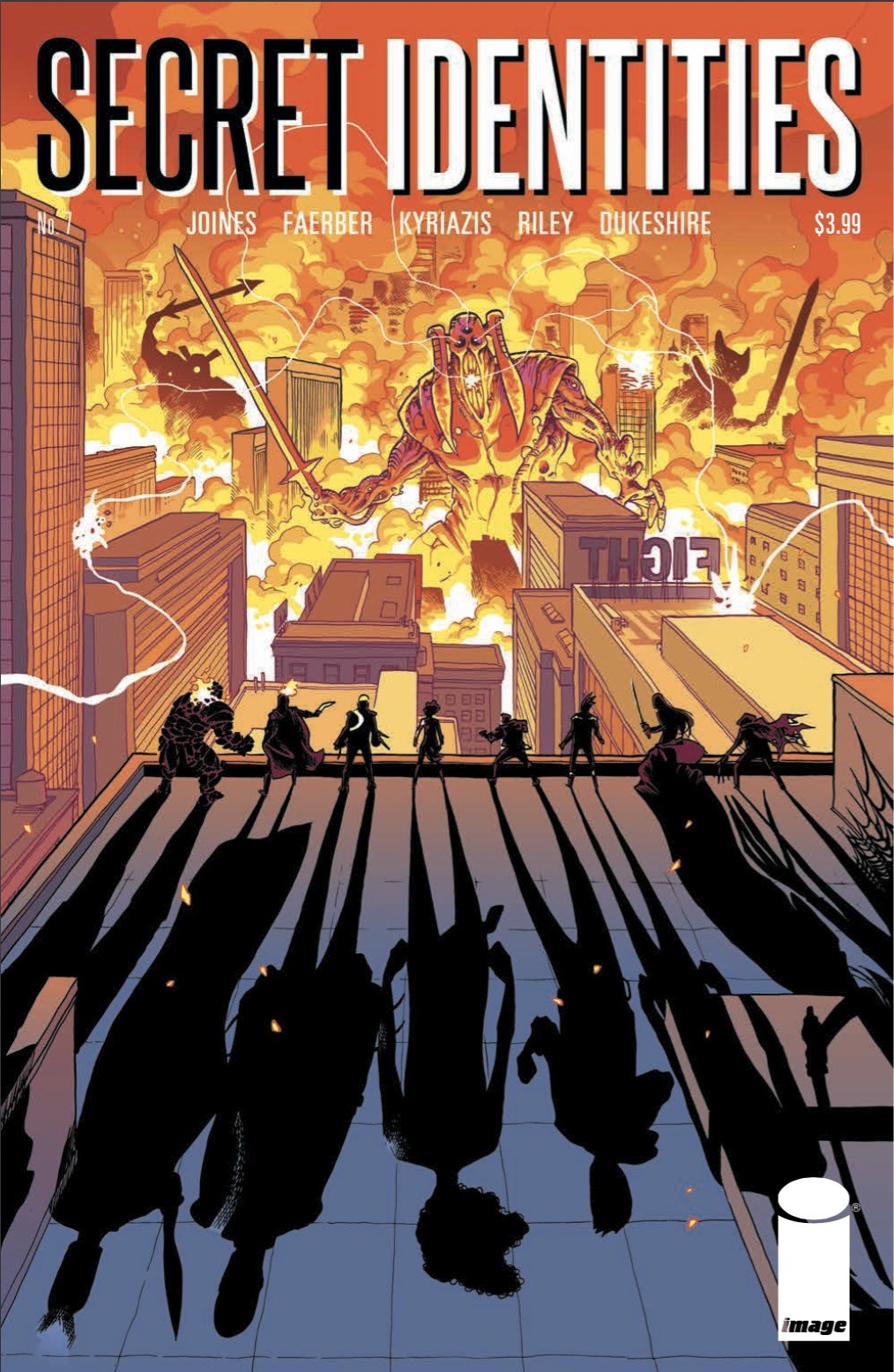 Whoa! If you were like me, you missed the secret memo that due to sales numbers Secret Identities would be ending sooner than expected. Scripts were written for issues #8 and #9, but the series needed to wrap up, so Faerber and Joines had the choice between stopping mid-story or jamming the content of issues #8 and #9 into a final conclusion for issue #7. I’m sure it was a hard reality, yet an easy choice — canceling the comic mid-story wouldn’t help anyone. And so the result is a double-stuffed 40-page finale to the series that was great to read, even if understandably rushed.

Issue #6 paved our road to the conclusion with Recluse finally catching onto Crosswind’s betrayal, validating his long-time suspicion, at the same time that an army of alien juggernauts return to destroy the world. The plot is spit between the two crises — the final reveal of Crosswind’s evil leading to his final confrontation with Recluse, and the world literally on the brink of destruction with the Frontline as its only defense. It’s an interesting and awesome fight as Crosswind and Recluse go back and forth between trying to kill one another while saving the lives of random civilians falling victim to the alien invasion. I expected Crosswind to be completely sociopathic after turning on his heel and no longer having to play the hero, but to my surprise he steadily took breaks to temporarily team up with Recluse before going back to being the bad guy and trying to murder the guy who caught his betrayal. 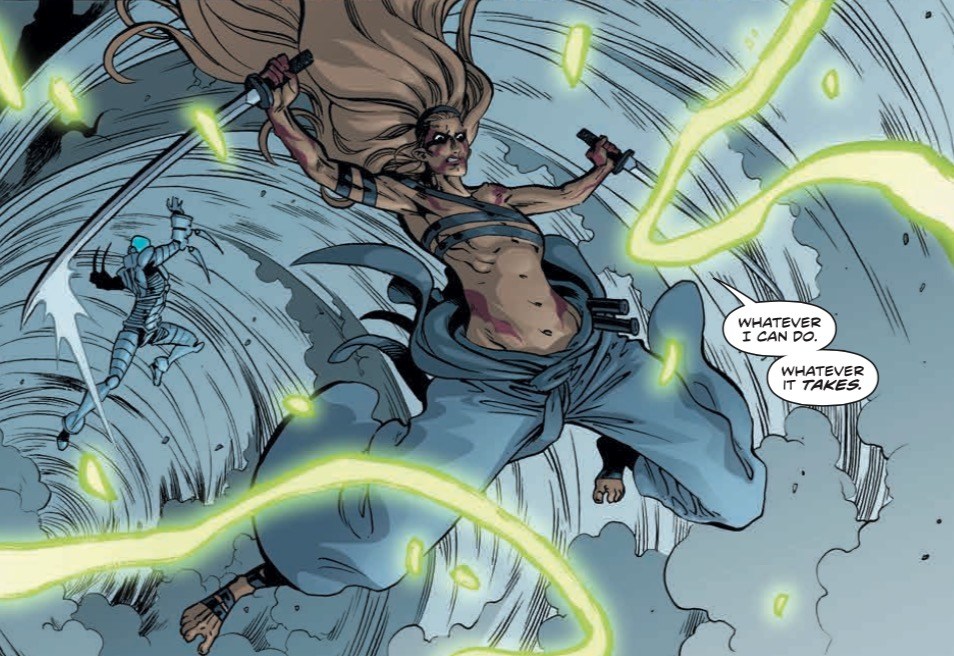 There is tons of action in this issue, with some great scenes of bravery and badassery that are trademark in finales. At the final conflict Luminary turns out to be the most interesting character of the book, and one we all wish we had more time with. For the limited room they had, Faerber and Joines did wonders with Luminary — a Black woman hero — and made her complex, heroic, and crucial. Aside from Recluse as an obvious favorite, Luminary and Vesuvius are the two characters who captured audiences and whose backstories deserve their own solo comic series.

The biggest downside of the abrupt ending points all the way back to discussions surrounding issue #1, addressing the difficulty of managing a stories of such a broad cast. The 7-person team is huge, and to give any characters the depth they deserve would take skill and time. Faerber and Joines obviously had the former, but we don’t have the time to see character depth we were hoping for. And that’s unfortunate, but we can highlight the characters who had their chance to shine, like Luminary, Vesuvius, Gaijin, and, of course, Recluse.

Overall, Secret Identities is a great comic that suffers from its premature end, but whose writers did a great job with what they had. When the lightbulb went off in my head that I was reading the last issue I was equally interested and sad with each page turn. The final ending was an epilogue-type wrap up sharing the fates of each hero, and while we would have wanted more, it was turning lemons into lemonade if I’ve ever seen it. If you haven’t read this series, you should. The full trade paperback will be available in October, just in time for New York Comic Con.

You can read along with previous reviews of Secret Identities here.