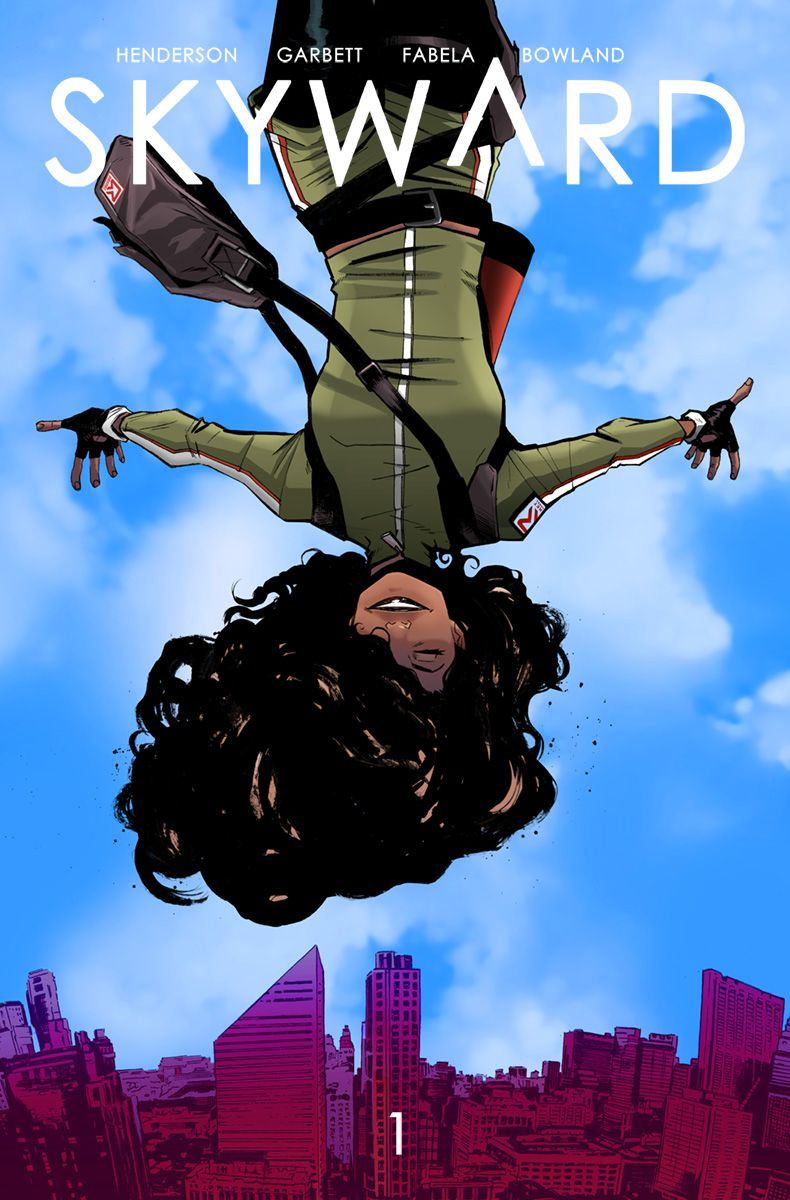 Imagine if you could jump 50 feet into the sky and float anywhere. It’s almost like flying. That’s the way it works in the world of Skyward, and it’s a whole bunch of fun.

Skyward opens on G-Day, the day when Earth’s gravity suddenly dropped to the lowest it has ever been. It’s abrupt, it’s chaotic and it’s about as dangerous as one would expect. Flash forward 20 years later and the world is a complete contrast to the confusion and terror of that day. For the most part, everyone has adjusted and no one loves it more than Willa Fowler, our main lead. 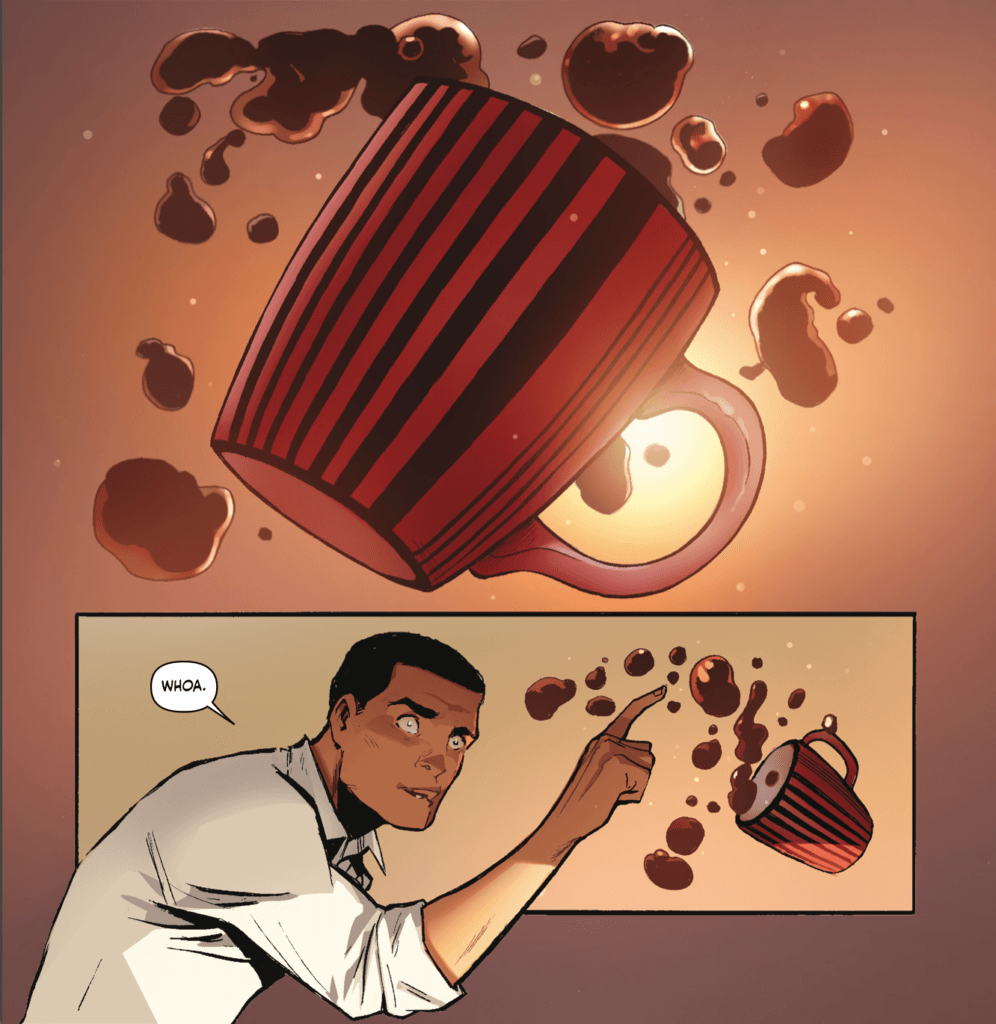 Honestly, the first issue of Skyward is pretty short. However, it is held together by Willa and her adventurous spirit. You find out early on that Willa was born just before G-Day. She doesn’t really know a world where people are grounded and has lived her young 20 years floating from wall to wall. In part, this is what makes her so great. She just bleeds so much optimism that it is almost contagious. She fully embraces the world that she’s in and it’s just so much fun to watch. Even during semi-tense moments, Willa makes the most of it. I just … I just want to live vicariously through her. 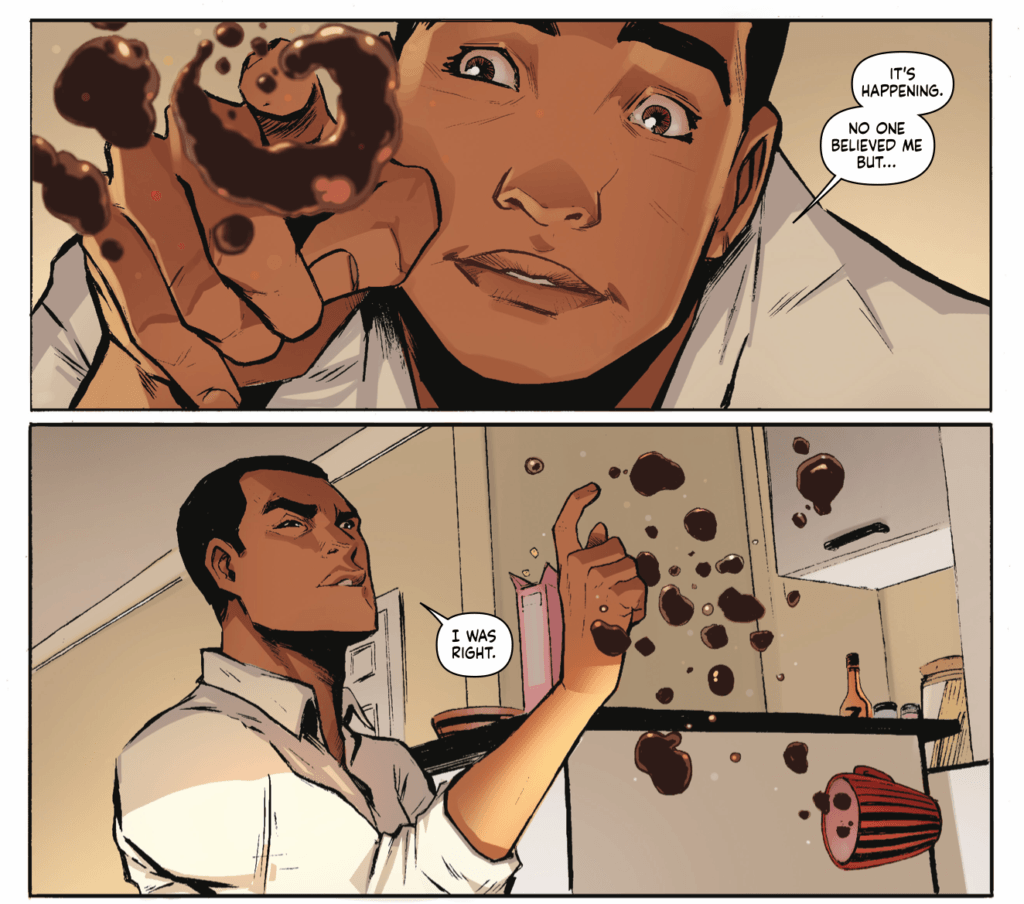 The world of Skyward looks like a wild ride too. Artist Lee Garbett does a fantastic job of realizing the events unfolding within the story. He fils every panel with everything you’d imagine being in this floating world, even stuff that you wouldn’t think of. That includes floating sweat bubbles – which is just gross – and dangerous high flying acrobatics. He also makes every panel feel slightly askew, which works in a world where no one ever stands straight. I also love his character designs, which has every one rocking fitness clothes like they just stepped out of Mirror’s Edge.

In the end, I do love a good concept and Skyward delivers a great world to explore. My biggest issue is that we don’t really get a major conflict right away. The book does hint a something major developing towards the end but, once again, the first issue is pretty short. We won’t get to see how our characters react to this until the next issue. However, since I’m hooked it’s not much of a problem.