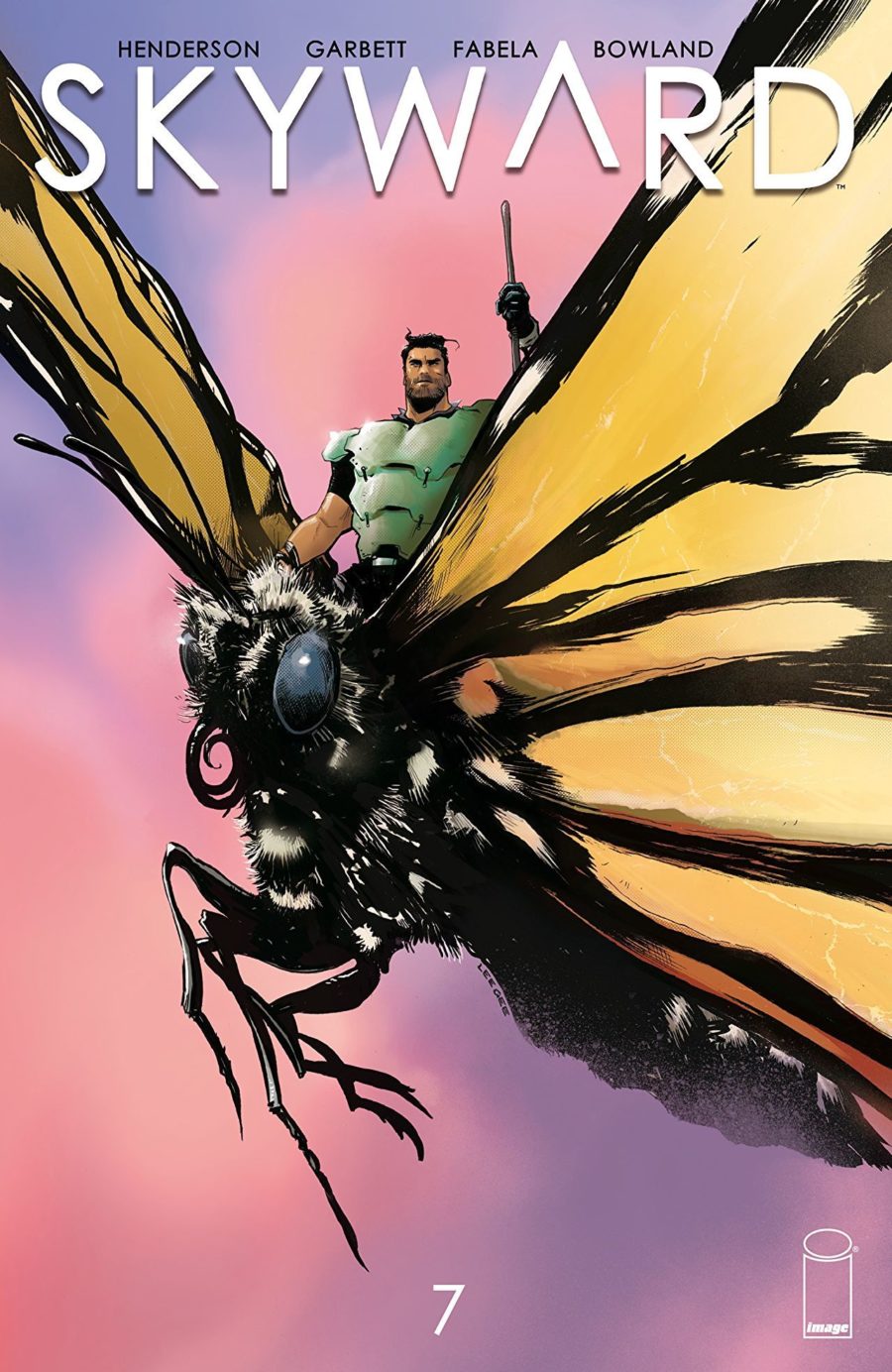 Skyward #7 is what nightmares are made of. It’s also a flipping good time but rest assured, you’ll never think of camping the same way again. Giant mosquitoes should never be a thing – never. 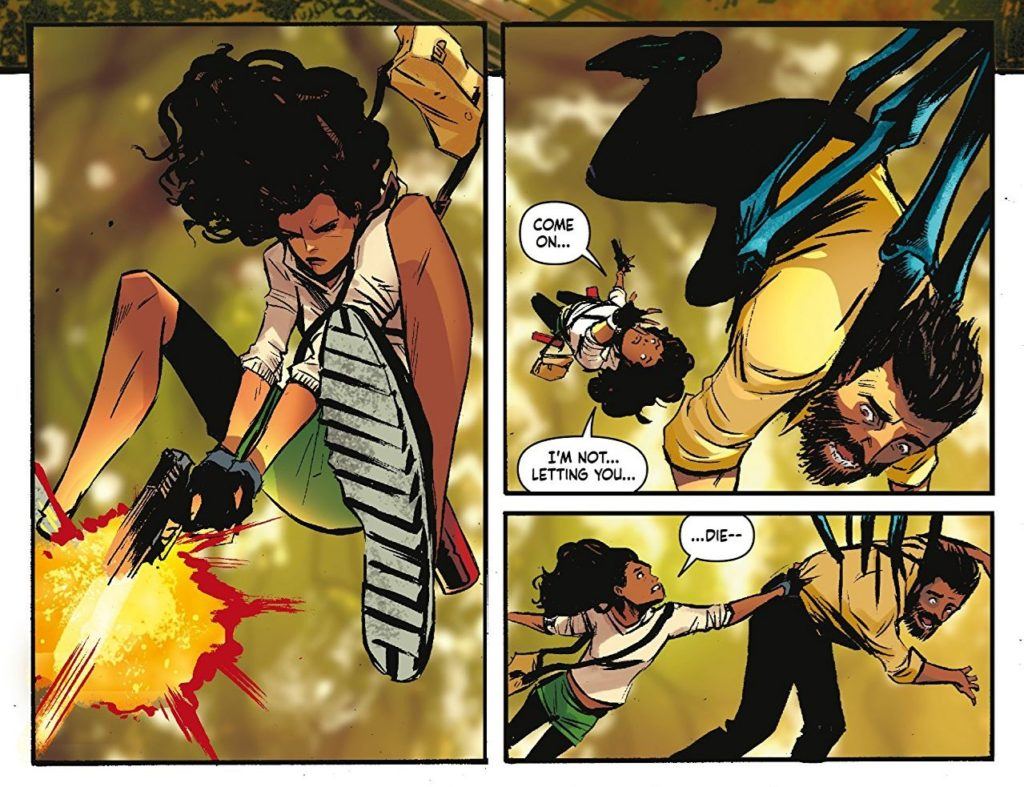 Our jungle adventure in zero-G continues as Willa continues to prove that she’s got the heart of a hero inside her. It really speaks to Willa’s character to see her jump out of that train into a giant bug infested forest to save the father of a little girl she barely knows. As a few characters in the book point out, however, there is something else driving Willa to leap headfirst into danger. Obviously, it’s trying to save someone who resembles her father.

It’s wild seeing Willa take on these giant bugs. Even the most gentle bugs look deadly when they are like 10-13 feet tall. I love how her expertise in zero-G allows her to adapt to the situation so quickly. Seeing her use everything she knows to fend off the bugs is a treat. It’s even funnier later on in the issue when she meets back up with Edison. 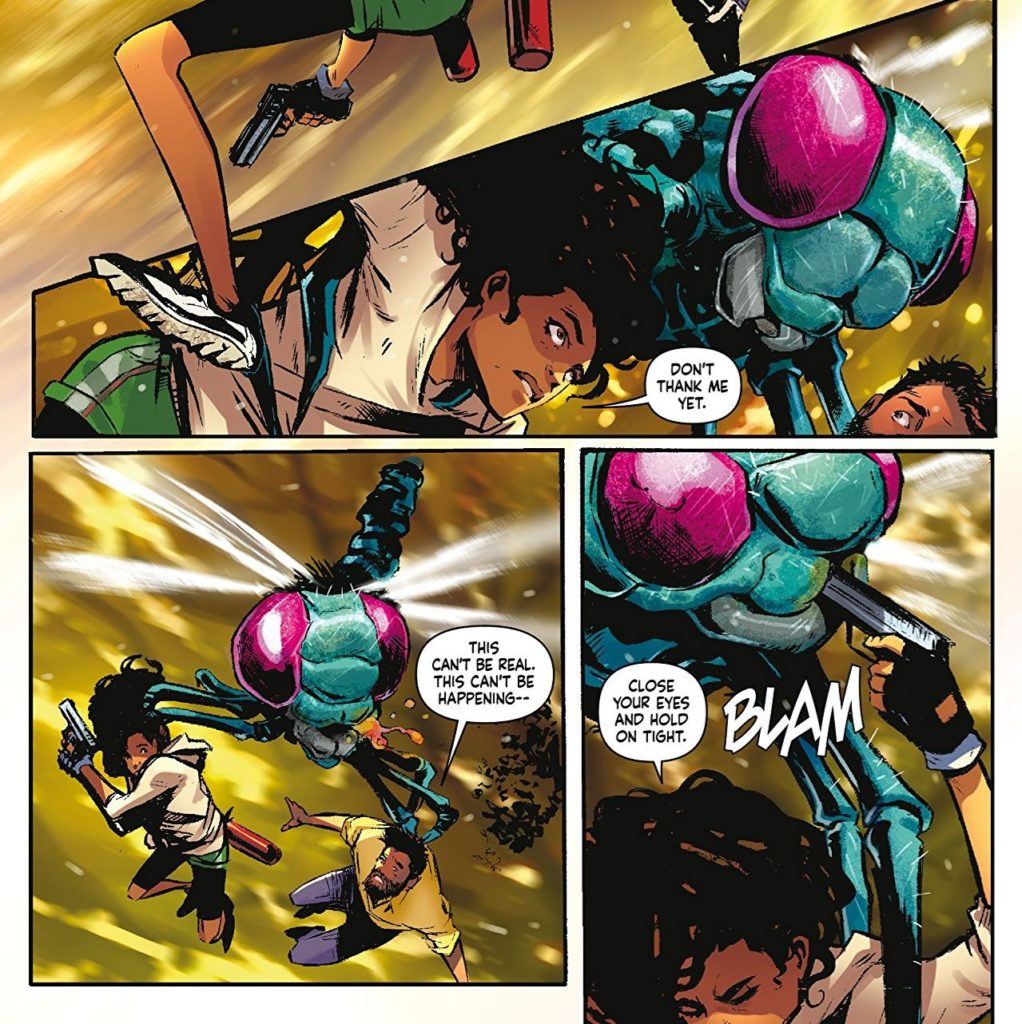 As for our new would-be allies, there is a lot to like about our clan of bug slaying farmers. From their boss jungle armor, to how they make riding giant butterflies look badass, its all cool to watch survivors of the jungle that shouldn’t exist. Hopefully, we learn more about how they have learned to survive for over 20 years, as well as what their true intentions are. While they appear to be good-natured on the surface, the ending of this issue shows that Willa’s isn’t that lucky.

I really like how Henderson is opening up this book. With the first arc, we focused on Willa playing around in the world she knew, now we see her facing dangerous and unknown obstacles. Henderson is really playing around with his imagination. More than anything, Skyward continues to prove that there are no limits the wonders its world can offer.

9 Badass Warrior Farmers out of 10