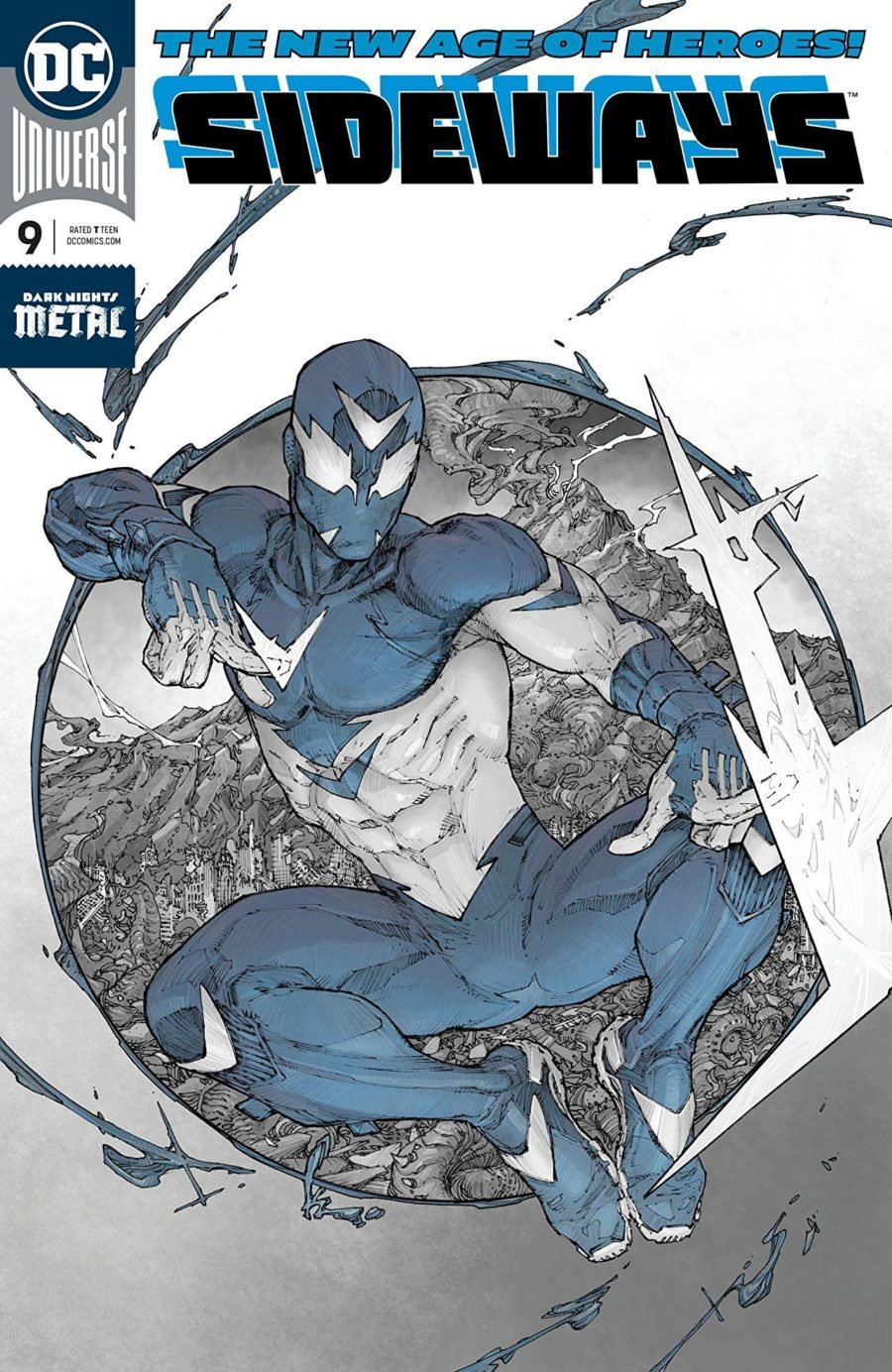 The Dark Multiverse is not a fun place – go figure. Since arriving to help the Seven Warriors, Derek has lost his powers, been separated from the heroes, and been kidnapped by rejects of the Dark Multiverse (except Bug Superman, Bug Superman is great). Now Derek is stuck being held captive by an obvious megalomaniac with a god complex. So far, Derek’s life has really turned to shit since becoming Sideways.

However, it’s nice to see that all this misfortune hasn’t deterred Derek from being a hero and doing the right thing. We’ve come a long way from the self-obsessed, wannabe YouTube star to the Sideways who is just trying to do what feels right. It’s great to see him enter a situation knowing it’s wrong and immediately decide to do something about it. He’s also quick to see through Perrus’ facade. 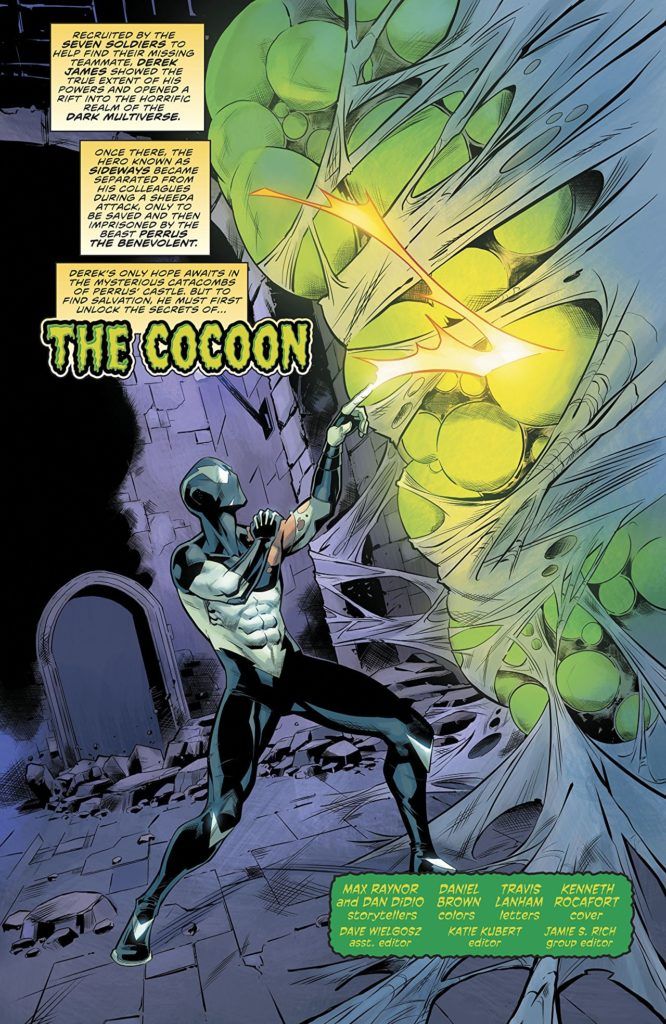 Speaking of Perrus, “The Benevolent.” Really? Whatever dead Dark Multiverse he came from, I’m sure he was a prick there too. So when it comes to the reveal that he’s using the survivors of the dead Dark Multiverses, it’s not all that surprising. This moment shows that it’s not just great to see Derek do the right thing. It’s also great to see him stand up for these survivors even though his powers are basically MIA. You can see the influence that he has on the other creatures of the Dark Multiverse as they start to stand up for themselves.

We also get a glimpse at what is happening back in Gotham in Derek’s absence. He’s been gone a while. It’s going to be interesting to see what he comes back home to, as well as how his friends and family react to him coming back. One thing that was curiously absent from this issue is the Seven Warriors. While Derek’s own adventure is a solid story, it feels like they were forgotten. It only adds to the feeling that Sideways never really focuses on one plot line before starting another. However, it doesn’t ruin another solid issue of Sideways, a series that is a great addition to DC’s wild and fantastic world.