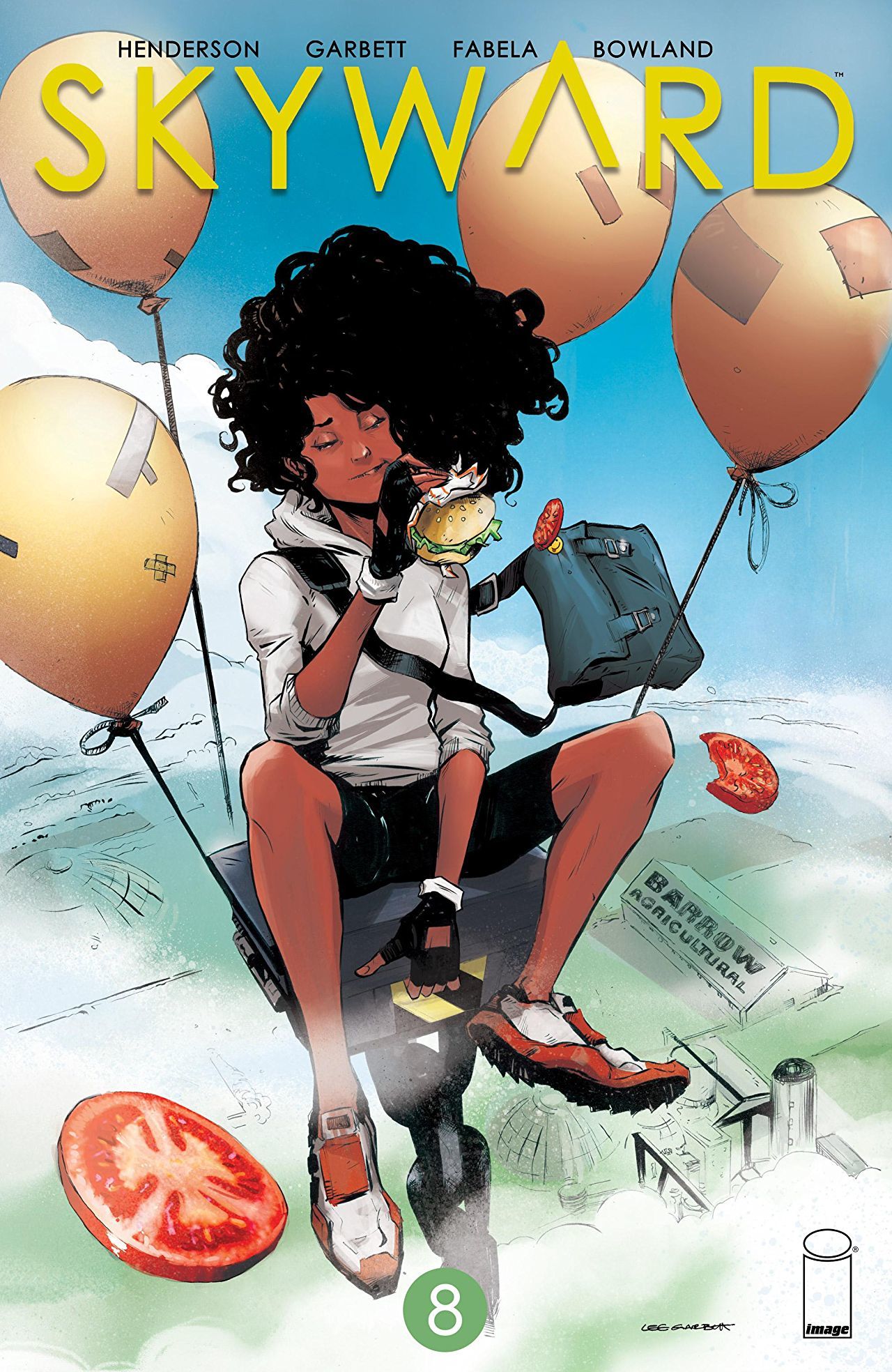 Skyward #8 takes the time to focus on its characters and rightfully so. While the world building is always excellent, it can always feel like major character development, aside from Willa’s, is left behind. This issue gives us some major insight into our newest characters, Lucas and the farmers, as well as Willa’s relationship with Edison.

The last issue’s reveal, that the farmers worked for Barrow, certainly put Willa in a precarious position – right in enemy territory. So, it was only logical that she and Edison would look for the quickest way out. However, with them being in the middle of a bug-infested jungle, that is easier said than done. Willa hiding the truth of her mission from Edison also doesn’t make the situation any better. 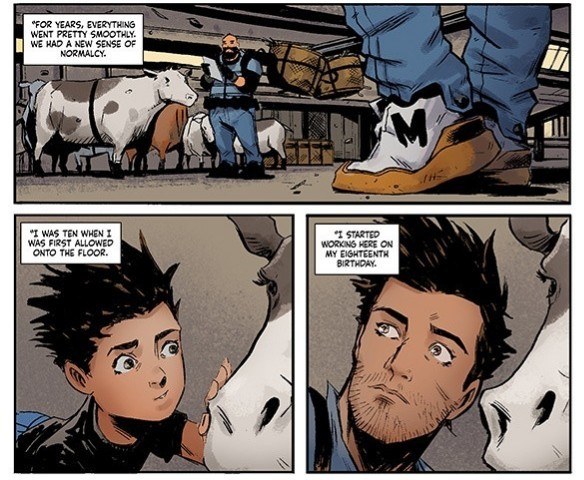 At the farm, we quickly learn more about our new friend/enemy Lucas and the farmers. Turns out that farming in Zero G is perhaps the deadliest profession known to man. Barrow prepared them to survive the changing gravity and breed cows to supply food to the city. However, it also turns out that wasn’t enough for the cows to survive the hoards of giant bugs that would spawn out of the jungles. While not exactly a Soylent Green type of situation, let’s just say the substitute for cows practically begs people to look at their nutrition labels.

Lucas is an interesting character. He and Willa have an interesting exchange that brings the two closer. His backstory makes the reader feel sympathy for him but the way that Henderson writes him in this issue makes you question if he can be trusted. He’s a character that comes off as worn out. In fact, most of the farmers, feel like they are tired emotionally. It’s something that you can tell right away, which speaks to their daily life. 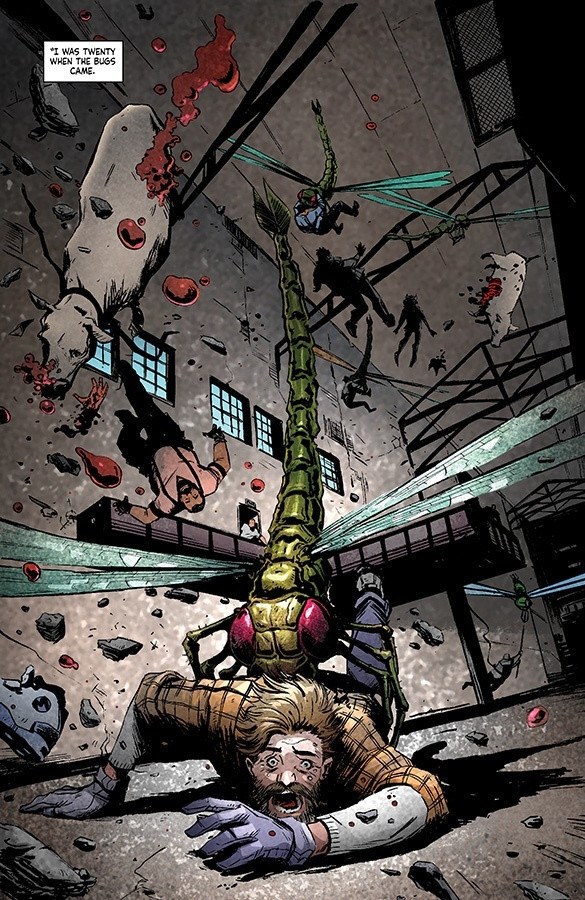 Willa is definitely trying her hardest to survive and stick to her mission. However, if this issue has a theme, it’s trust and learning who to put faith in. I do think Edison has more than earned her trust and you can see the strain on their relationship as she continues to hide the fact that she wants to fix the world’s gravity. I understand that she feels like her mission would hurt him but he’s come this far. As the story moves on, the ending leaves a lot of choices for Willa. Eventually, she is going to have to let someone in on her secret and trust that they can help her.