I’ll admit it: even as a passionate comic reviewer and enthusiast, it was Twitter that really got me excited about Small Press Expo this year. It wasn’t the size that initially caused wariness or even the location; I’ve been going to conventions of this sort since middle school and many of my firsts were small-scale and not in a populous area, so I was used to a more intimate setting and schedule. Instead, it was that every time I saw a promotion, there were white or white-passing faces attached to it which is typically a red flag for POC in these sorts of spaces. The closer it got to the weekend, though, the more the creators of color on my timeline began to list their SPX tables in their twitter names and the more I began to relax my guard, especially as the #DrawingWhileBlack hashtag by SPX attendee Annabelle Hayford began to take off. Was this a mistake? Well, as a first-time POC and more specifically Black participant, here’s why my experience left me both wanting to return but also knowing that some serious intentional work needs to be done to before folks like me can feel totally welcome. 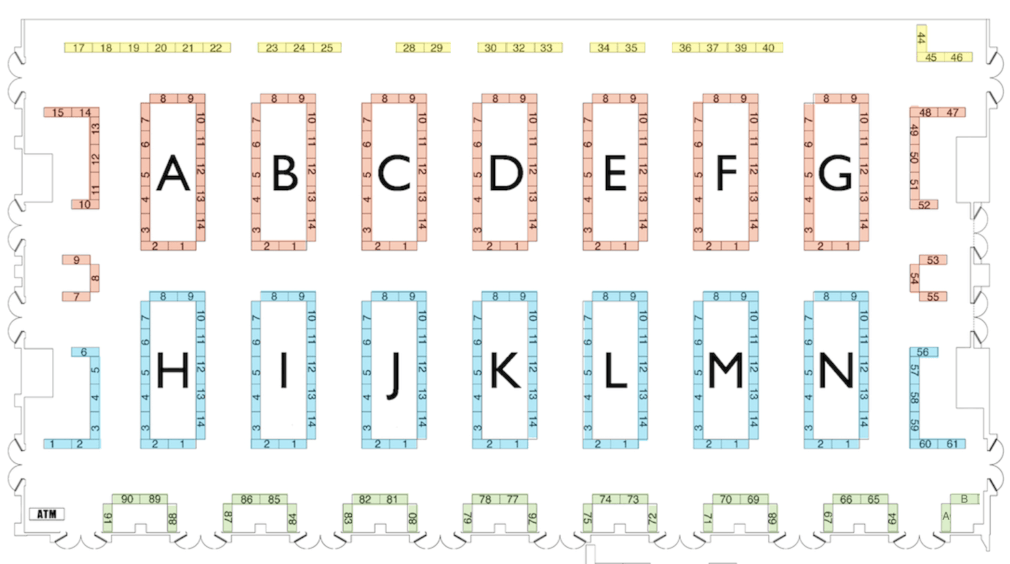 As I mentioned above, this was my number one reason for attending, both because of limited edition or debut prints and because of the face to face time with creators whose work I admired. Like many attendees, I misjudged my own memory and assumed I would be able to find the tables on my list right away, and I found on my first walkthrough Saturday morning that this was not the case. On the other hand, it wasn’t exactly hard to figure out where the POC were (and definitely the Black creators) after a while because they often stuck out in an entire section of white and white passing creators with white and white passing character displays. In a few cases, there were serendipitous blocks of creators of color next to each other, and you could tell right away they were much more comfortable for the support versus those that were isolated.

It’s no coincidence that Sunday, the day I did all of my purchasing, was also the day I talked most with other POC in the space. I’m certainly not blaming creators of color; after all, they were there to hustle for their art and capitalism is still a thing. But real allyship means recognizing these needs and taking up some of the labor of organizing knowing that Black and Brown folk are already expending so much energy just trying to survive a society built on our oppression. As Skimlines suggests, at the very least a POC directory. 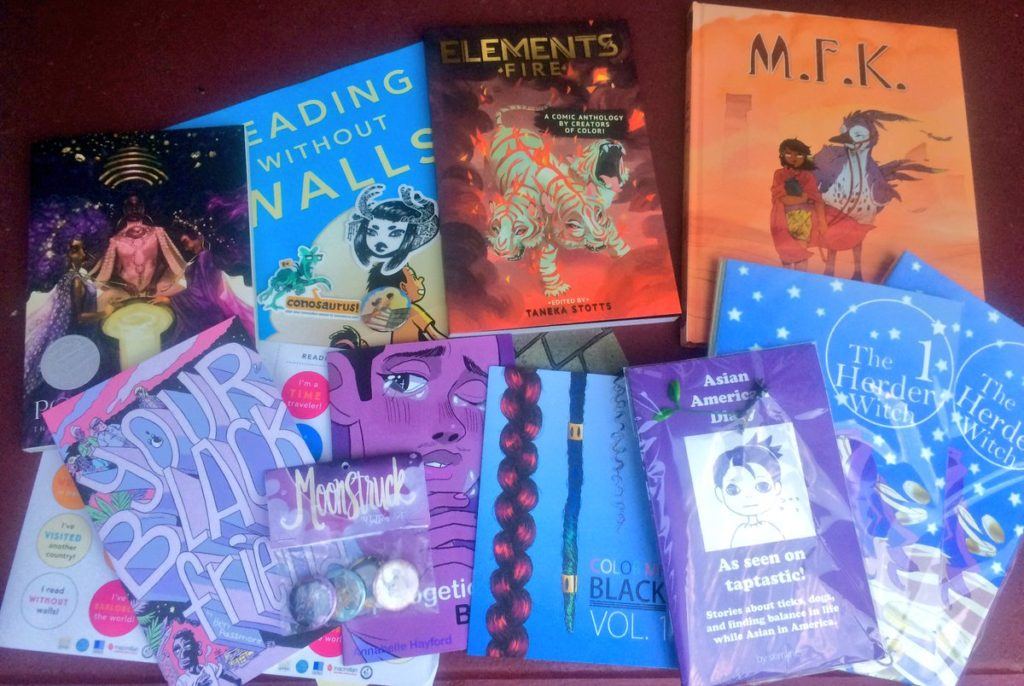 Through no fault of the Expo the combination of a lack of wifi and no service in the panel rooms made livetweeting impossible (thank goodness for the free hotel lobby wifi I kept rushing back and forth from), but the panels I managed to record from Saturday were for the 1,001 Knights anthology, “Barometer of the Free Press,” “Genderfluidity, Technology, and Futurism,” and the beginnings of “Science Fiction and Marginalization” (Sunday I attended “Reading Without Walls” with Gene Luen Yang but was unable to upload a transcript).

Before attending SPX, I spent time looking through the programming and scheduling panels so that they wouldn’t overlap, but in my naïveté, I failed to actually look for pictures for every single panelist. I’ll be the first to say I played myself by doing this. The 1,001 Knights panel was easily the most diverse panel I attended in terms of race, gender, ability, and orientation and bless moderators/editors Annie Stoll and Kevin Jay Stanton for including as many of their contributors as possible. Honestly I would suggest folks use it as a model, and it’s what I expected to see for the rest of the panels: many kinds of experiences from folks who at the very least were visually very different. Unfortunately, this was not always the case.

“Barometer of the Free Press” was an excellent dive into the comics medium as a serious art form with which to confront our apocalyptic political climate, and as my first introduction to Black political cartoonists Keith Knight and Ben Passmore, it definitely gave me a connection to a genre of comics I haven’t often taken an interest in. My only critique is that I would have liked to have seen a Black woman on the panel. This entirely changed with the next two panels. While “Genderfluidity, Technology, and Futurism” and “Science Fiction and Marginalization” were both panels that explored the possibilities that science fiction could open for folks across the gender spectrum and across the globe, respectively, they were entirely comprised of white and white passing panelists. This was baffling to me, especially since the first panel was not limited to trans folks and the second seemed capable of expanding its roster with the last second addition of Iasmin Omar Ata. Look, I understand that at a smaller event like SPX it can be harder to check every diversity box for every single piece. But it’s frustratingly painful to walk into panels whose lines wrapped around the basement to fire hazard levels, both literally about expanding the possibilities of oppressed folks through sci-fi, and only receive an acknowledgment of Black trans death and a nod to Octavia Butler. It’s a shame that two otherwise excellently planned and clearly passionate panels suffered from these oversights because much of what was said about marginalization and finding a voice are exactly the sorts of things Black creators speak about. 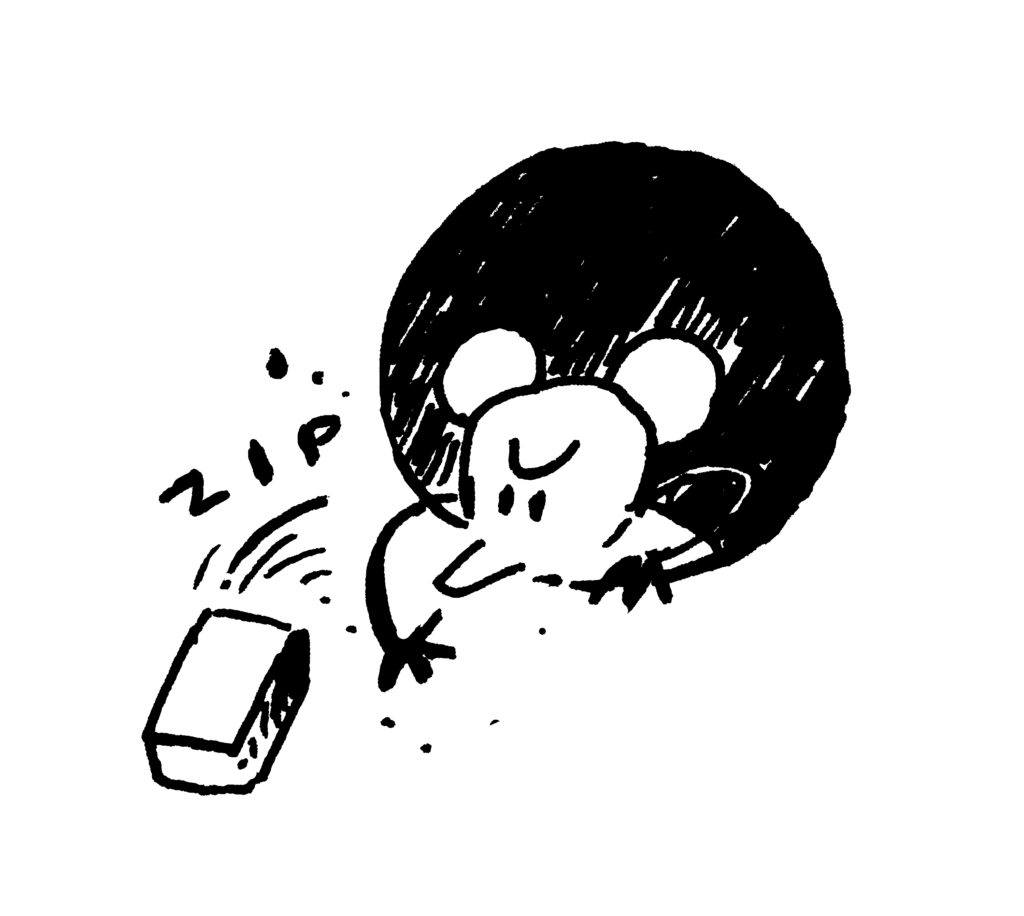 While I skipped the pajama prom Saturday night, I was front row for the Ignatz Awards, an award dating back to 1997 and named after the character in the comic strip Krazy Kat by George Herriman. At this point I was less surprised to see that the majority of the staff who had organized the festival, the people who were hosting the awards, and even the judges panel that selected the nominees, which did not include a single Black person (Bast bless you, Trungles, for holding it down for all the Vietnamese creators), was mostly white. I’ll be honest: the reason I was up front was because I was prepared to riot if Bianca Xunise’s comic on Black women and police brutality Say Her Name didn’t win, especially for an award that was decided by popular vote. In the immortal words of Issa Rae:

Luckily for everyone, not only did Say Her Name win Promising New Talent, Ben Passmore’s Your Black Friend won for Outstanding Comic and Elements: Fire – An Anthology by Creators of Color, edited by Taneka Stotts won Outstanding Anthology. While there were certainly a few other POC who were nominated or even won awards, these three hold a place in my heart for creating one of the Blackest moments of the whole Expo.

As a first experience at an arts convening, I can’t say it’s the worst or even the whitest I’ve been to. Small Press Expo has been going strong since 1994 and the love for the community and art form at the grassroots level clearly shows in both newbies to veterans. That being said, the space needs to adapt and grow for it’s POC audience if it hopes to catch up to “current trends in the comics field” as its charter so clearly states. Maybe start by reading Your Black Friend.